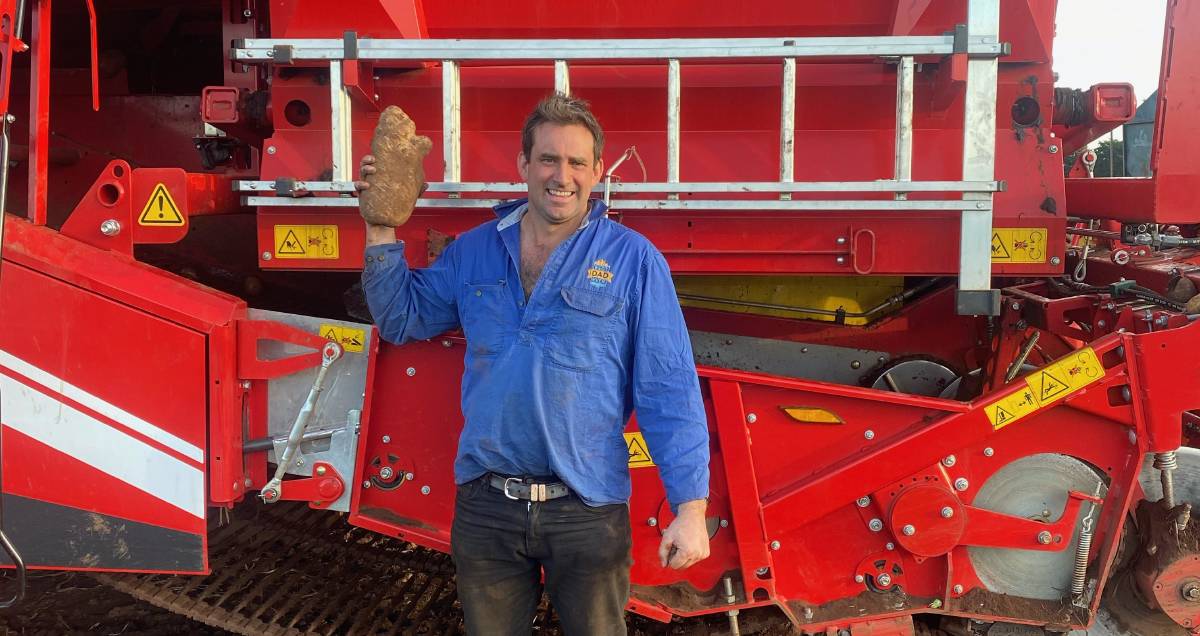 Xavier Toohey's tenacity and enthusiasm for the potato industry shines out.

FROM a shortlist of 14 highly-eligible nominees, Victorian potato grower Xavier Toohey has won the 2021 Corteva Agriscience Young Grower of the Year.

The award was presented at the Hort Connections 2021 National Awards for Excellence Gala Dinner in Brisbane on June 9 where Mr Toohey was recognised as the best in his field based on his achievements, commitment, ingenuity, and the active role he plays in horticulture.

While Mr Wallace couldn't be at the awards due to travel restrictions, the 36-year-old farmer from Wallace said all nominated young growers were doing phenomenal work.

"They are Australia's best and the brightest. What they've achieved and what they're doing really showcases the depth of talent in the industry," Mr Toohey said.

"We look forward to getting to know them all more as part of the Young Grower Alumni." 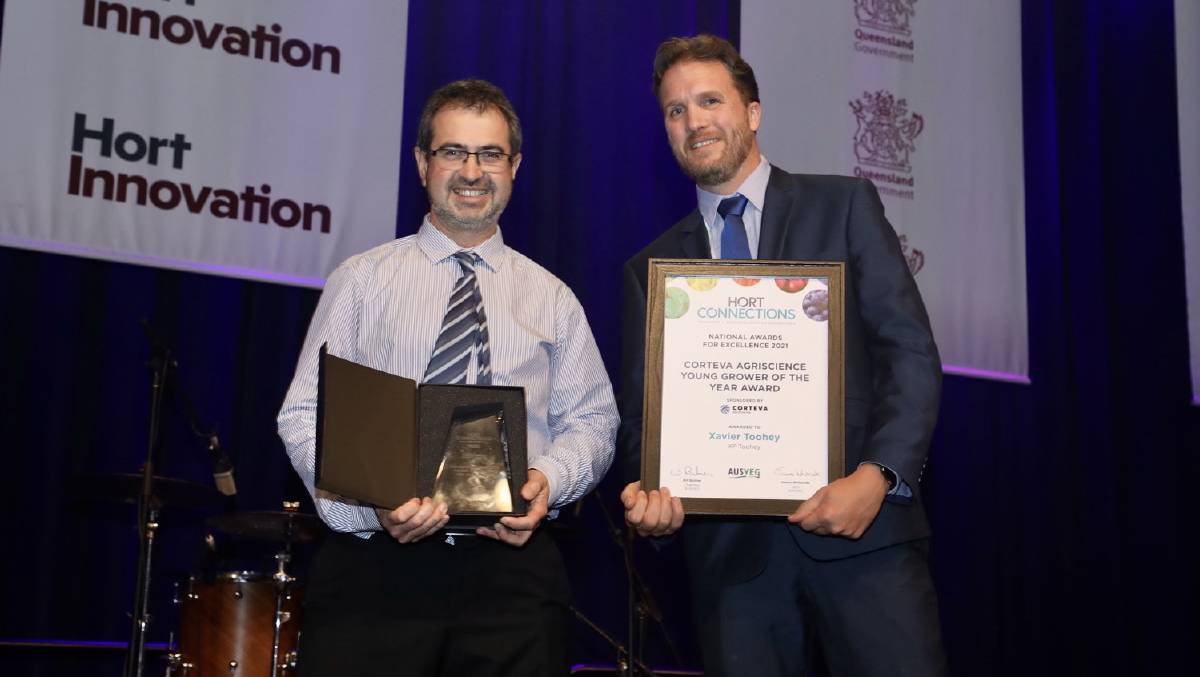 Mr Toohey grows potatoes, canola, wheat, lucerne, hay, lambs and cattle. Mr Toohey was also the winner of the 2021 Ausveg Vic Young Grower of the Year earlier in the year.

He said it was a surprise to be nominated in the first place, let alone win.

"I was amazed and a little taken back. But it's fantastic to be recognised for all the hard work," he said.

Mr Toohey said looking forward, in five years time he'll still be on the farm, "hopefully a little less in debt and in the position to have a bit more family time".

Corteva Agriscience marketing manager for horticulture and insecticides Nick Koch said it was a thrill to announce Xavier Toohey as 2021's Young Grower of the Year.

"At a time when other people were leaving the potato industry, Xavier committed to it and invested in it. He now has two farms, and it's a real credit to him.

"Not only has he built a successful and sustainable business in a short space of time, but he's done it off his own steam," he said.

"A lot of young people have help to get them started in farming, but Xavier did it on his own through sheer hard work and determination. He's also stepping up and taking leadership at an industry level, which is fantastic.

"The Young Grower of the Year Award is about our industry recognising exceptional young growers like Xavier."

Corteva Agriscience also congratulated the other thirteen shortlisted nominees for Young Grower of the Year:

Ausveg chief executive officer James Whiteside described Mr Toohey as a deeply passionate potato grower who has demonstrated significant skill and acumen to grow his business to increase the scale of his potato production, which has added flow-on benefits to the local community.

"He is an active member of his local community and readily imparts his knowledge to other local growers to help them improve their growing practices and grow their own businesses," Mr Whiteside said.

"Xavier has adopted technologies and processes on his farm reduce his energy and water consumption, and has a strong focus on improving soil health, reducing the risk of pests and using cropping techniques that have produced yields of up to 10-20 per cent above district averages."