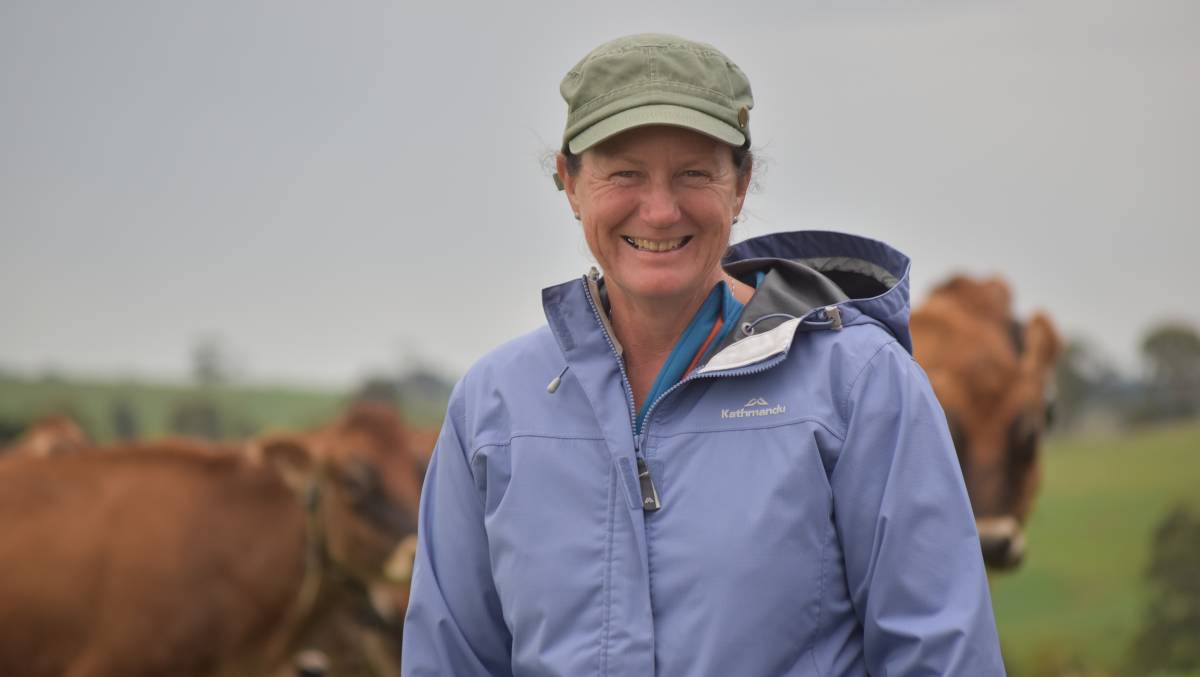 GOAL: New Jersey Australia president Lisa Broad's goal is for people to see the Jersey as the most popular and profitable cow.

"My goal is that people will see the Jersey cow as the most popular and profitable cow," she said.

"We want to pursue every way possible to educate the wider community that she is the best cow."

In the past decade, Jerseys have risen from comprising 11 per cent to 15pc of the national herd and Mrs Broad believes the breed's popularity will continue to grow as more farmers understand their profitability.

"Jerseys keep proving themselves as the most profitable cow and as an organisation we have to find ways to educate the industry about this," Mrs Broad said.

"The general dairy farmer wants a profit at the end of the day, and if the Jersey cow can provide the biggest profit margin, we all need to get on and milk her."

Mrs Broad farms with her husband Lynton and son Gavin at Wonthaggi in Victoria's Gippsland region and joined the Jersey Australia Board shortly after its inception in 2008.

She is the first female president of Jersey Australia or its predecessor bodies that date back to the 1890s.

"It's definitely a good thing that a woman can take on such a role as we've only had the door ajar recently for such opportunities, but, to me, what matters is that you can fit the role properly no matter who you are," she said.

"It's exciting and challenging to lead the organisation.

"I pride myself on inclusion and making sure members are brought along on the journey and hope to keep getting even better at that."

Mrs Broad said Jersey Australia played a vital role in advancing the breed and would continue to work on research and genetic development projects.

"There is so much more value in having a registered animal, and I'm looking forward to working with fellow board members and building on projects and research, including the Jersey Most Profitable cow project to identify her contribution to farm profitability."

Mrs Broad is also upbeat about the broader dairy industry.

"The industry has a very positive future with good milk prices and weather conditions," she said.

"To start with an opening price over $7 is huge for every dairy farmer."

"The election is recognition of the work that Lisa has done during her time with the board and her growth through the ranks as chair of the genetics committee and as senior vice president," Mr Barrett said.

"Lisa has a great vision for Jersey Australia and for the breed and she will be a wonderful leader."

Mrs Broad has been farming all her life.

She grew up on a South Gippsland farm and moved to northern Victoria for 28 years before moving back to Wonthaggi two years ago.

She replaced Chris MacKenzie as president.

Jane Sykes from Tasmania has returned as chair of promotions and Wayne Kuhne from Victoria replaces Mrs Broad as chair of the genetics and breed development committee.