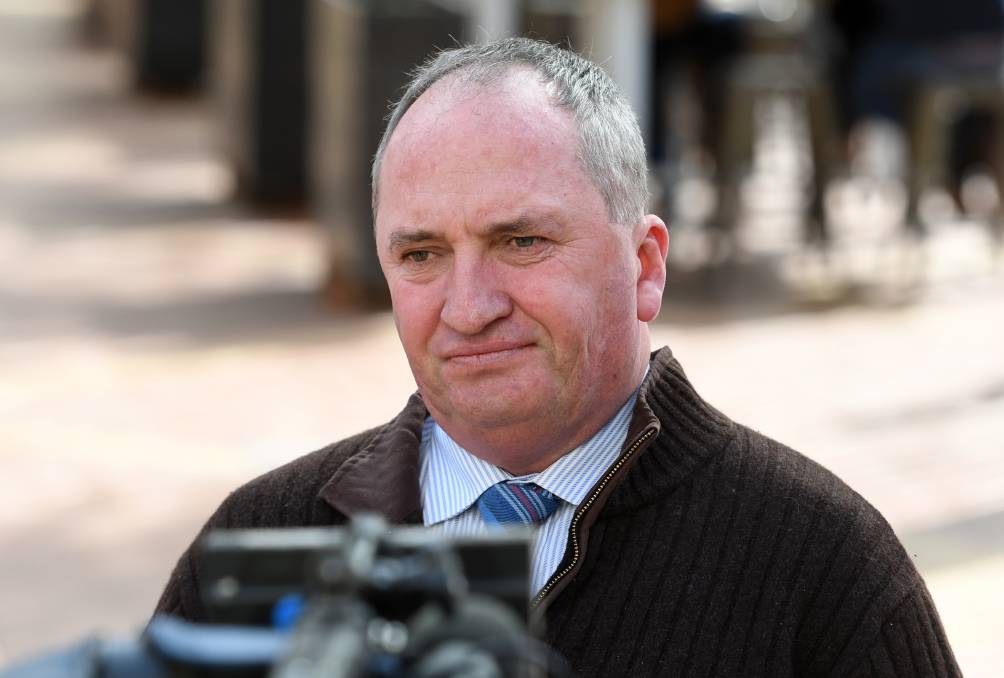 Fined: Barnaby Joyce has been issued a $200 fine for not wearing a mask in Armidale. Photo: Gareth Gardner/File

A witness rang police after noticing the New England MP without a mask inside the shop.

BARNABY Joyce has been slapped with a fine by NSW Police for not wearing a mask in Armidale.

Mr Joyce was "apologetic" when he was intercepted by New England officers on Monday, the NSW Deputy Commissioner Gary Worboys said.

Mr Joyce was issued a $200 fine after a witness called Crime Stoppers when they saw him breaching a public health order by not wearing a mask about 8am on Monday.

Mr Joyce went to a service station to get fuel and entered the store to pay for the goods, but wasn't wearing a mask inside.

The witness contacted Crime Stoppers to report the breach which was then passed on to New England police.

The Deputy Prime Minister and New England MP was issued the fine after officers checked CCTV of the store at the time.

Deputy Commissioner Worboys said officers spoke with 54-year-old Joyce before issuing a $200 PIN for not wear fitted face covering when in indoor area of retail/business premises.

"They took some action, that person was apologetic and cooperative with police and an infringement was issued," he said on Tuesday morning.

He said police were taking a "firm and fair" approach to all reports with 54 breaches of public health orders dealt with by fines in the previous 24 hours. 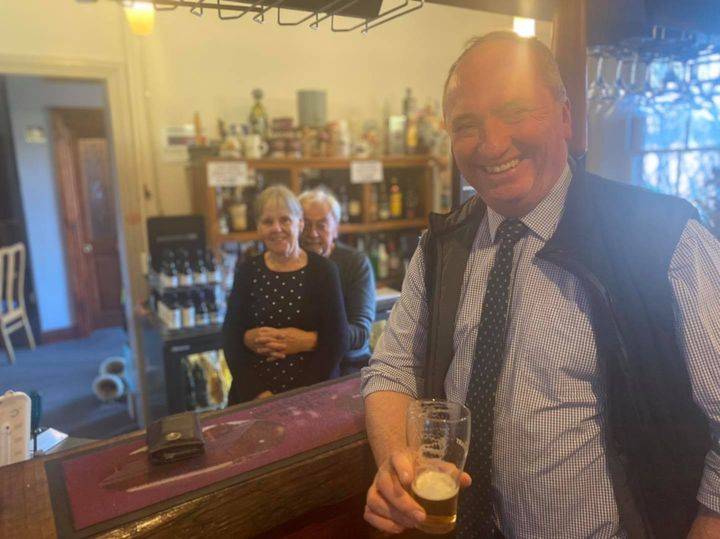 Mr Joyce has already attracted criticism on social media for drinking a beer at the Walcha Road Hotel while standing up on Sunday afternoon, where he held a press conference to announce his new ministry.

On Saturday, the NSW Government banned standing while drinking at licensed venues, and mandated masks for all indoor settings across the state.