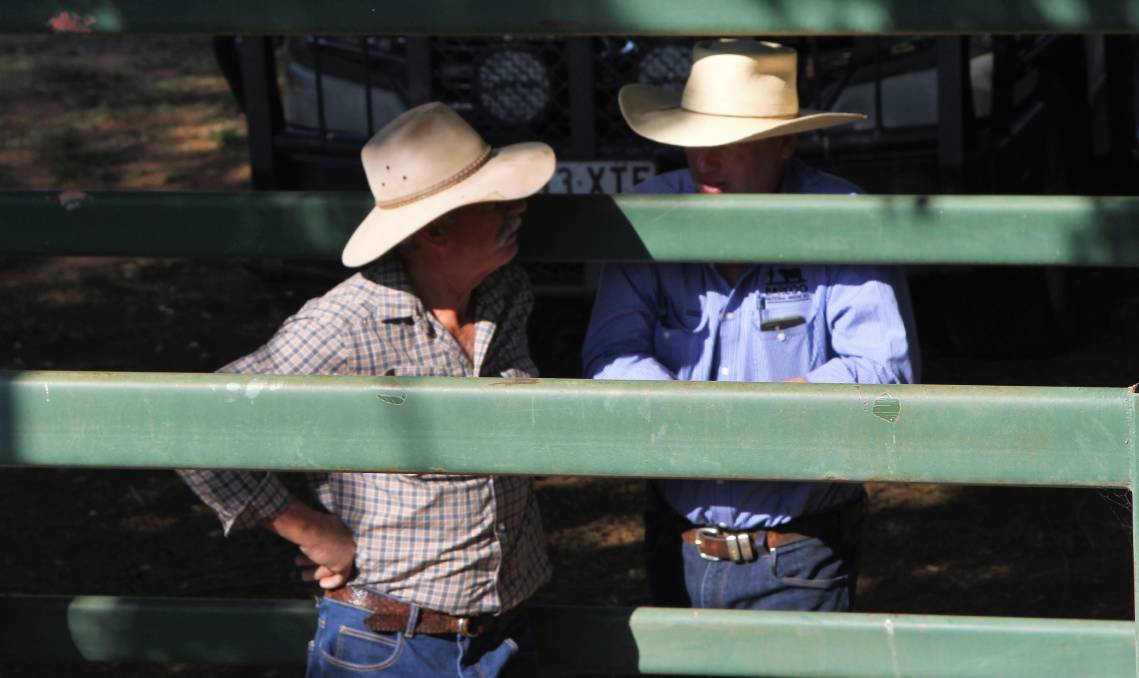 WHAT TO DO: The strength in the young cattle market is leaving everyone astounded and with very hard decisions about whether to cash in or keep rebuilding.

The young cattle market is now in stratospheric territory, leaving producers caught between ripper prices they've never before seen and the need to rebuild while the season is good.

That conundrum may well mean the herd rebuild loses pace, retaining upward pressure on the market for far longer.

The Eastern Young Cattle Indicator hit a new record at trade's end yesterday of 934.21 cents per kilogram carcase weight. It has jumped 17c in the past week, 44c in four weeks and is 180c above year-ago levels.

It's also now only 2c away from the all-time real price record, with inflation factored in, Thomas Elders Markets' Matt Dalgleish points out.

That record high for young cattle prices was reached in mid 1965, when the nominal price was around 68c and most people considered owning cattle to be better than owning a gold mine.

There is a strong likelihood that young cattle prices will this week breach records of all descriptions.

Further, analysts and agents believe any drop from here will be constrained, given underlying demand fundamentals and seasonal forecasts.

Mr Dalgleish said the technical picture was that the EYCI was losing relative strength - even though it was still rising, it was doing so with weaker momentum.

That signals it is close to a peak.

The TEM team believes 950c will likely pull the EYCI up but there is a slight chance it could squeeze higher by another 25c.

"With pricing where it is now, I suspect it's making rebuilding a very difficult decision for a producer," Mr Dalgleish said.

Rain, on top of continued demand outstripping supply, has been a key driver of the latest burst of strength.

Meat & Livestock Australia analysts said the big EYCI jumps have come on the back of particularly astounding saleyard results in southern Queensland and NSW.

Wagga Wagga's latest average for EYCI-eligible cattle was 981c, while Roma's was was 937c.

Other national indicators to break records in the past week have been feeder steers, heavy steers and processor yearling steers.

Andrew Wilkie, Objective Livestock Marketing at Goondiwindi, said many producers who do have the capacity to offer livestock up for sale now, but were also rebuilding, were trying to have a bet both ways.

"There is no monetary reason you wouldn't sell at the moment, no incentive to hold on the chance of better money later on," he said.

"My personal view is the herd numbers at the end of the drought were actually lower than everyone thought. So people have been taken by surprise by how few productive stock are actually around."

South Australia's Scott Creek, Mount Gambier, said he could not see the store cattle job getting cheaper any time soon.

"The big change of late has been the increased number of lighter calves coming forward due to the strong prices," he said.

"Long-time bullock fatteners, for the first time ever, are selling 400kg feeder cattle because the money they can get now can't be beat."

That would make for very few well-finished cattle come December and January, which will push heavy cattle prices through the roof and, in turn, encourage young cattle buyers once again, Mr Creek said.

"And with processors having no worries about selling their meat, the demand fundamentals are there to give people the confidence to pay those prices."

Meat sellers report orders are strong, even at the higher prices Australian beef is commanding, given shortages in other beef export nations and ongoing growing global consumer demand.

Beef and veal export volumes lifted 5 per cent lift in May, but that figure has travelled in line with slaughter volumes all year, highlighting the effect of tight supply.

Japan's custom grew the most month-on-month in May, up 18pc to reach 21,865 tonnes and make Japan Australia's largest importer for the year-to-date, MLA data shows.