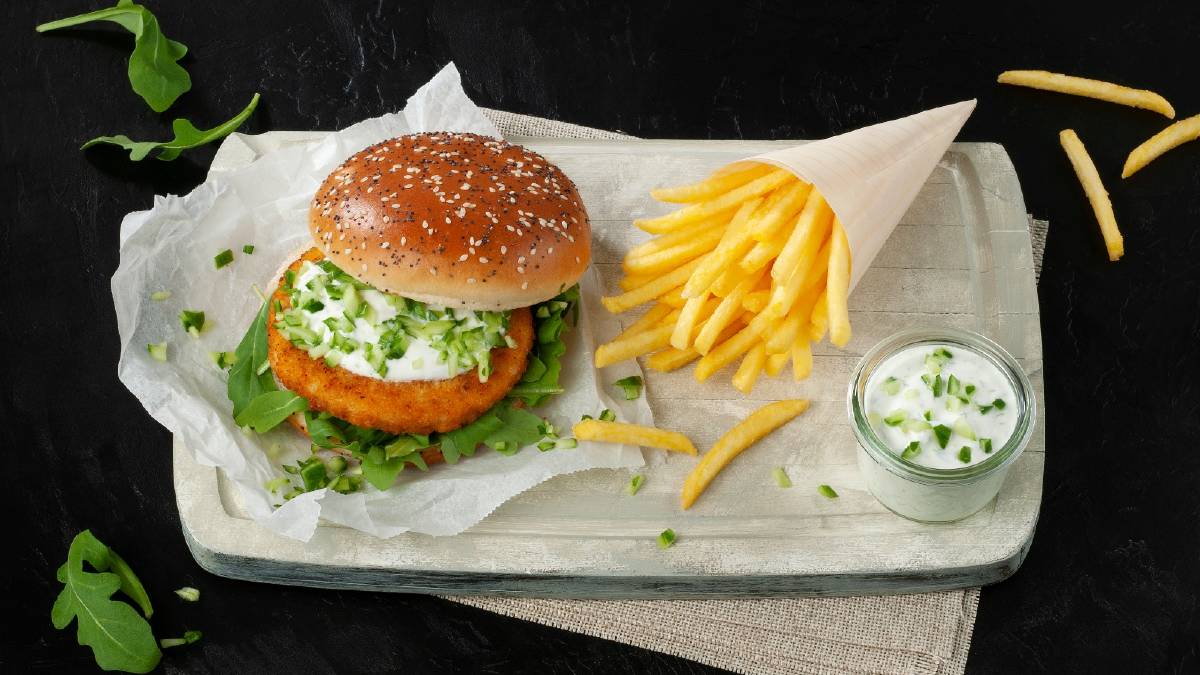 NO FISH, WITH CHIPS: The new fishless fish burger from Dutch company Schouten.

AS livestock industries push back against marketing claims being made by the makers of plant-based proteins, yet another new 'no-meat meat' product has hit the market.

Dutch company Schouten, which has one of the world's most extensive meat alternative ranges and sells into 50 countries, has launched a fishless fish burger.

The pattie is based on rice and wheat and weighs 80 grams. Schouten plans to market it in retail and food service channels.

The company says fish is one of the most promising categories within plant-based food, pointing to research from AC Nielsen that found in Germany, between 2018 and 2020, the plant-based fish category grew by 623 per cent.

But imitating fish is not easy, it says.

Schouten's research and development manager Anke van Eijk said it was a completely different process than replacing other meats.

"Different techniques are involved because the texture of fish is quite different," he said.

"We are getting better and better at mimicking this particular texture. Of course, the recognisable fish taste is also quite important. If these aspects are not correct, consumers are unlikely to make the structural switch to plant-based fish."

Interestingly, the company claims the commercial fish industry wants to get involved in what it is doing.

"We regularly speak with large parties from the fish industry, who are quite interested in our products as well as the developments in the field of plant-based fish. Many of these companies want to offer plant-based options but do not know how to go about it," the company's commercial director Arjaan van der Giessen said.

Meanwhile, scientists say there are plenty of reasons to question claims made around climate change by those promoting plant-based products.

In a blog published on the Australian Chicken Meat Federation website, Dr Wiedemann said while vege burgers weren't new, it had only been recently that marketing of plant-based alternatives had shifted from targeting vegetarian consumers to targeting environmentally-conscious meat eaters.

"Manufacturers of plant-based alternatives have not been shy in touting their products as disrupters and market leaders in terms of environmental impacts," he said. 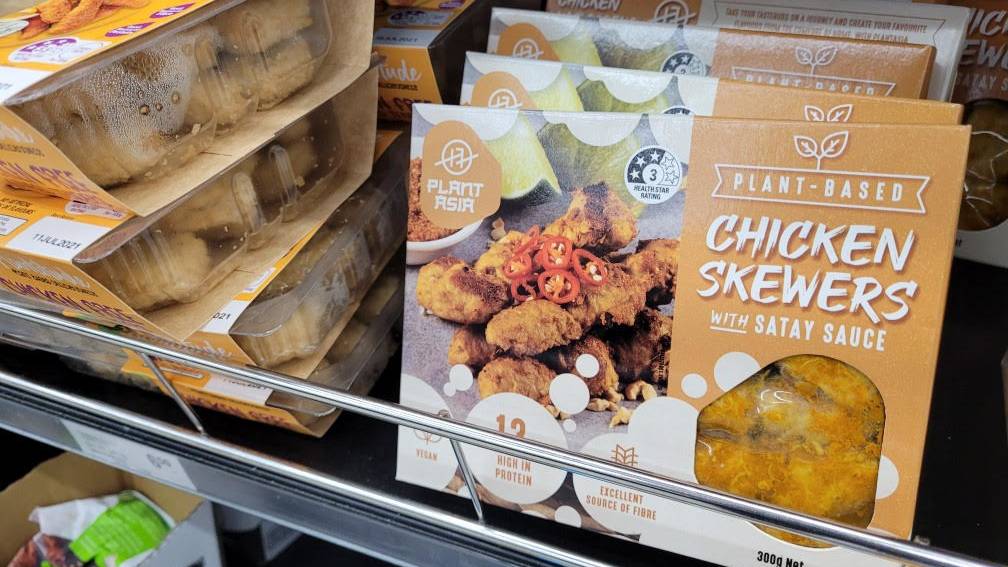 Firstly, details are scant on exactly what meat products the plant-based options are comparing themselves to.

This is an issue which has particularly riled cattle producers, who say highly-proccessed plant-based alternatives with their extensive list of additives are a long way from high-quality, natural, one-ingredient only Australian t-bones or sirloins.

Secondly, comparisons are done in overseas markets, where, for example, impacts from chicken are typically higher than for Australian chicken.

Further, impacts from plant-based alternatives are potentially underestimated if the emissions generated while transporting these products to Australia from the country of manufacture have not been taken into account.

Lastly, for a typical portion size, the emissions difference between chicken and a plant-based alternatives is modest, Dr Wiedemann said.

Scientific literature showed impacts from a pea-based product compared to Australian chicken meat were less than the emissions from driving a car about one kilometre, he said.

"In the full gamut of available measures to reduce a person's carbon footprint, there are many other factors far more significant," he said.

Research was pointing to a societal perception it was becoming more difficult to know which sources of information to trust, Dr Widemann's article said.

"Perhaps it's time to challenge misinformation which could mislead consumers, unfairly disadvantage Australian farmers and which are a distraction to making real change in sustainability," he suggested.