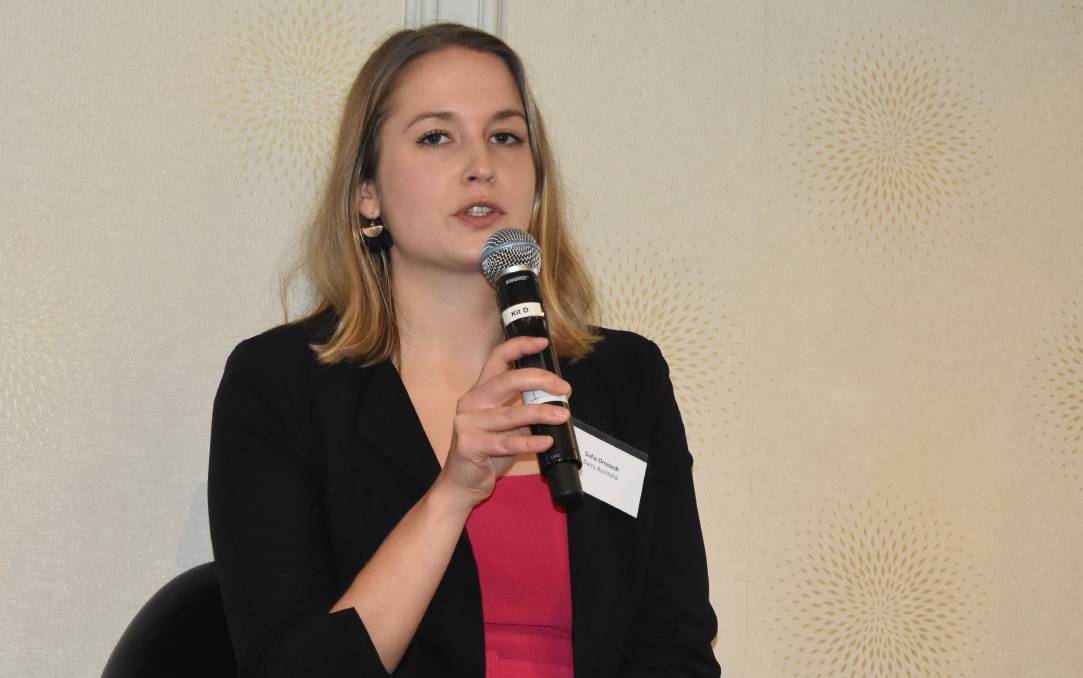 Brand in demand, when it comes to dairy, says senior analyst.

Shopping trends set during the height of last year's extensive COVID-19 lockdowns, are continuing and may even become entrenched - according to Dairy Australia

"The impact of more conscious consumers has been an increased focus on branded products, over private label variants," the annual Situation and Outlook report said.

"Butter sales grew 9.2 per cent in volume in the past year, to April 18, due to a surge in demand for branded packs, which was up 15.7pc," the report said.

This was significant, as branded label products retailed at a higher average price, compared to private label options.

It comes at a time when DA found a big lift in confidence, but only modest growth in milk production.

While some consumers had been quick to revert to many previous behaviours, some habits adopted last year had been harder to break.

That meant consumers were buying more and larger size packs.

"We don't tend to do quite as many spontaneous shops, finishing work, just ducking in to grab one litre of milk on the way home, instead we plan, and when we go shopping we tend to buy a lot more," Ms Omstedt said.

"There is definitely a COVID effect in these figures, but what we have seen is a continuation of those conditions between January to May, which is a time when most things were open."

Ms Omstedt said it was not just a "lock-down" effect.

"Last year was a bit of an anomaly, you can't really say that sales that happened in Victoria, especially in Septemer, is representative.

"But I do think a lot of consumers have gotten used to new habits and a lot of people are not returning to offices, full time."

She predicted the trends would continue, even as things started to open up.

"So much time has passed, so we have had so much time to adapt and change and prioritise things."

DA's domestic sales data showed sales of three-litre milk bottles grew faster than smaller pack sizes, up 5.8pc in the six months to February, compared with the year prior.

"One of the encouraging things here is that people continue to love dairy, pandemic or not, and people are feeling a lot more positive than they were a year ago," Ms Omstedt said.

Total spending at restaurants and cafes had again started to rise, but it had been slow.

Takeaway and quick service restaurants were driving the recovery in foodservice sales.

"People keep wanting to eat more, at home," she said

"Supermarkets still remain king, that's where people want to buy their product, because that's because we are still not moving around as much."

There had been a surge in sales of key dairy products, like butter.

"One of the reasons behind this is consumers are slightly more conscious about their spending choices, in the last year," she said.

"People are taking more care, when choosing what products to buy - for the diary industry that actually means consumers are trending to branded label products, instead of private labels."

Ms Omstedt said that had occurred across almost all consumer demographic groups.

Only above average and high affluence households had increased their purchasing of private label products.

"These groups bought more more private label fresh milk and Greek-style yoghurt in the past year, while people in lower income brackets turned to branded products," the report said.

"This is a marked change to usual sales patterns, as low affluence households tend to be over-represented as buyers of private label products."

While this group, on average, largely chose products based on price, in the past year they bought 5.7pc more branded, and less private label milk.

"This signals a potential change in what consumers favour when making shopping decisions leading to improved value creation opportunities for the industry."