Tasmania has quietly established border controls to stop the spread of a deadly disease from the mainland but it is not aimed at COVID-19. 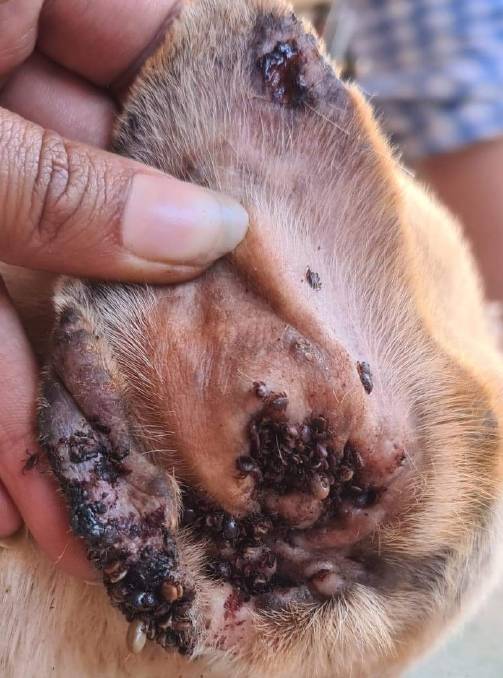 QUICK SPREADING: The common brown tick, which is found everywhere in Australia other than Tasmania, is the vector of the disease. Picture: Dr Campbell Costello (Insta - @outbackvets.)

Tasmania has quietly established border controls to stop the spread of a deadly disease from the mainland but it is not aimed at COVID-19.

Rather it is the devastating dog disease ehrlichiosis, which has been called coronavirus of dogs.

It is believed to be the first internal border ban of its type in Australia.

Tasmania is alarmed by the rapid spread of the tick-borne disease which already has a firm foothold in northern Australia and is expected to quickly become endemic across the mainland.

The detection of ehrlichiosis in Victoria late last month came as it rages across northern Australia, killing thousands of dogs.

Ehrlichiosis was first discovered in the north of Western Australia just a year ago and has now been found in all Australian states with only the ACT still free of detections.

It has devastated dog populations in the Northern Territory and many experts fear the return home of grey nomads and other visitors to the north's peak dry season will see a big spike in cases in spring.

Because of the bans on international travel and the lifting of last year's border road blocks, huge numbers of tourists have flocked north this year.

Like fruit fly, Tasmania is determined to keep the disease's host, the common brown tick, and the disease out.

Ehrlichiosis is passed to dogs through the common brown tick which is not found in Tasmania.

"However, Tasmanian dogs may become infected if they have travelled to the mainland and been bitten by an infected brown dog tick in 2019 or 2020. The disease appearance and incubation period can be quite variable," the Tasmania government says.

Tasmania has now introduced new import conditions for the declaration of freedom from ticks for dogs imported into Tasmania.

While dogs imported to Australia must meet strict conditions, they have not succeeded in keeping ehrlichiosis out.

Biosecurity Tasmania has gazetted an additional condition for dogs imported into Tasmania - that they be declared from ticks.

Dog owners will now be required to declare their dogs to be tick free alongside the existing requirement to produce evidence of worming for hydatids when importing dogs into Tasmania.

Dogs found to be infested with ticks upon arrival in Tasmania may be directed for treatment at the owner's expense. 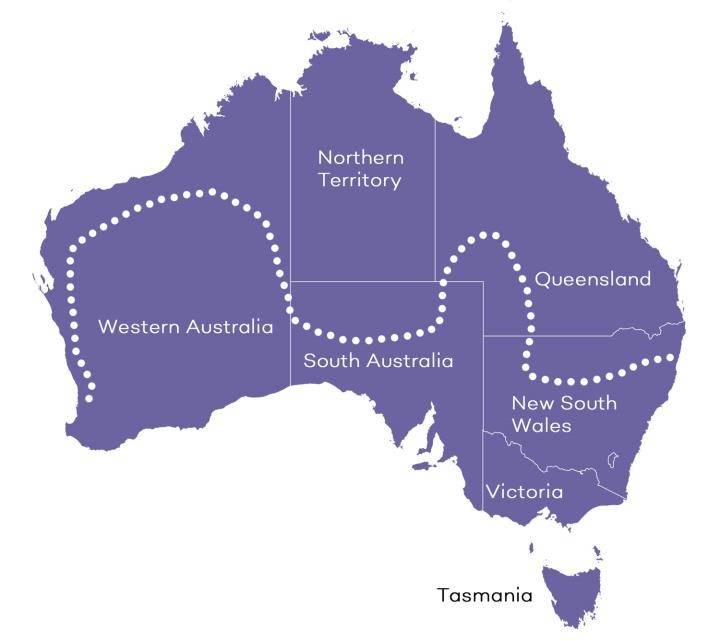 A map from Biosecurity Tasmania showing the spread of ehrlichiosis in just a year was drawn before the detection in Horsham, Victoria late last month.

Veterinarians have already criticised national biosecurity officials for not imposing border crossing controls on dog movements but experts say it is already too late.

Vets in the Northern Territory say the disease has a very high mortality rate.

Most states have now publicly warned dog owners to check their animals and treat them for ticks, especially those travelling from northern areas.

A veterinarian working across northern Australia has already sounded the alarm over what he calls "an explosion" of ehrlichiosis.

Diseased dogs or ticks have since been found in Queensland, New South Wales, South Australia and most recently Victoria.

Dr Costello, from Outback and Airborne Veterinary Services and based at the Barkly Veterinary Practice at Tennant Creek, said he was appalled there were no biosecurity road blocks for people travelling north to advise them of the outbreak, and warn dog owners to get two kinds of tick protection.

Vets like Dr Costello say the only defence to ehrlichiosis is two forms of tick protection, there are no vaccines.