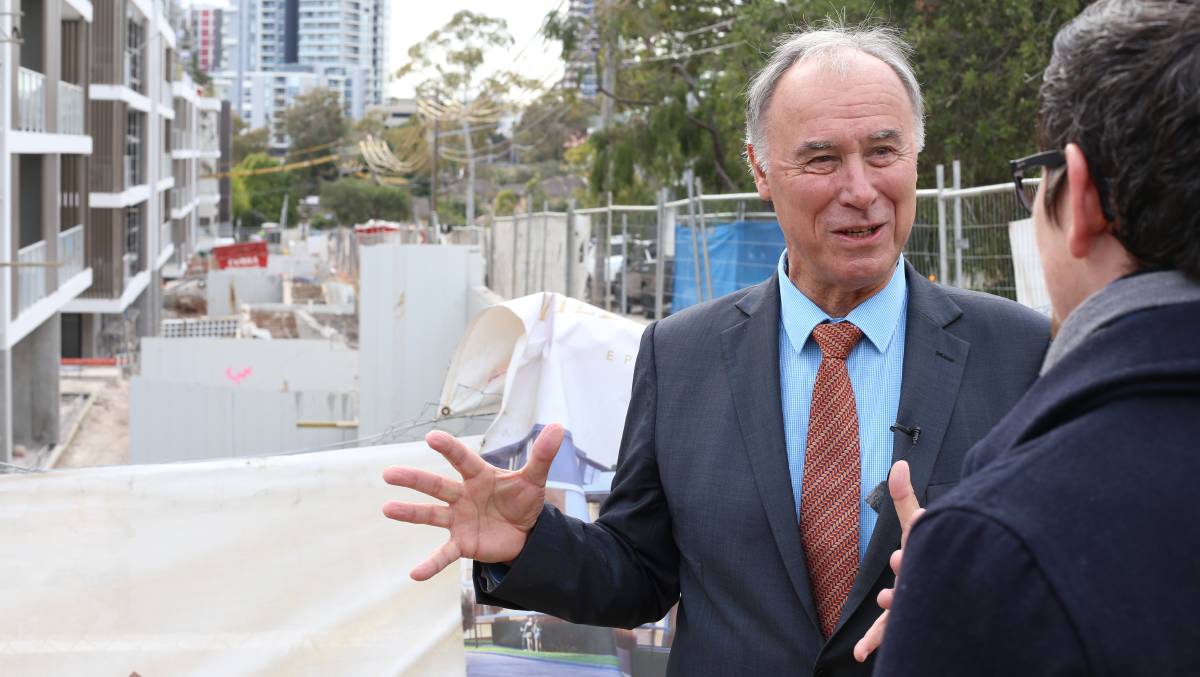 Infrastructure Minister Barnaby Joyce says a new federal tax on rezoned land to pay for large infrastructure projects would be fair and is happy to work with states like Victoria and NSW that are already planning their own versions.

The idea has been long championed by federal Liberal MP John Alexander, who said the states were only introducing new taxes because the federal government had failed to act.

"Because we've done nothing, you've got Victoria going forth and putting in a windfall tax that's not well thought through, it doesn't have a full understanding of the situation," Mr Alexander said.

"You've got Rob Stokes in New South Wales doing something similar, but that is at least attached to infrastructure as well as as the rezoning."

In its current form, regional Victorians whose properties are rezoned would be hit with a tax equal to half of any increase in their property value.

They would pay interest on the often multi-million-dollar tax bill as soon as rezoning occurred and the full amount when the land was subdivided or sold.

First, he said, the tax should only come into effect for "transformational infrastructure projects" like high-speed rail.

Second, the proposal would allow farmers to continue farming after rezoning, without any penalty, Mr Alexander said.

"The landowner will know well in advance and be fully informed that their lucky day, their winning of the lottery has happened, that their land is going to be rezoned, and it's going to benefit from new infrastructure," he said.

"They can continue farming as long as they want. It's just on the sale of that farm that the uplift is shared."

Mr Alexander used the example of a farmer with land rezoned as a result of a new rail line, who would pay a 75 per cent tax on the value increase.

"Now, that is a fantastic outcome for that farmer and the taxpayer, for their investment, would be getting $75 million.

Get it built, says Barnaby

Infrastructure minister Barnaby Joyce said he had discussed the idea with Mr Alexander and was "certainly open to the idea".

"If it gets infrastructure built, yes," Mr Joyce said.

"It makes sense that if someone was to make a windfall gain by the creation of other taxpayers' infrastructure, there should be some contractual arrangement for some benefit to go back to the taxpayer.

"It's not a lucky day at the casino, it's someone else's taxpayer money that's built infrastructure which gave you the windfall gain."

Mr Joyce said that he would only support the tax if it was only used for significant projects that reaped large windfalls for landowners.

"You can't say, 'Well, we're going to do it because there's a roadhouse at the front of your place' or, you know, because where there was a main road, they put a highway.

The main roadblock to the introduction of the new tax appears to be politics and the cooperation of the state and federal governments.

"We'd have to work hand-in-glove with the states of course, because the Commonwealth's capacity just to work solo on that would be very difficult," Mr Joyce said.

"But I'm willing to I'm certainly open to the idea and we'd have discussions with states and suggest pieces of infrastructure."

John Alexander said that while a new tax made for easy "political targets", it would relieve ordinary taxpayers of the burden of funding large projects.

"Well, to me, that is terribly unfair because, in doing so, these taxpayers will be impoverished for generations to come and the money is going straight into the pockets of the speculators and landowners."