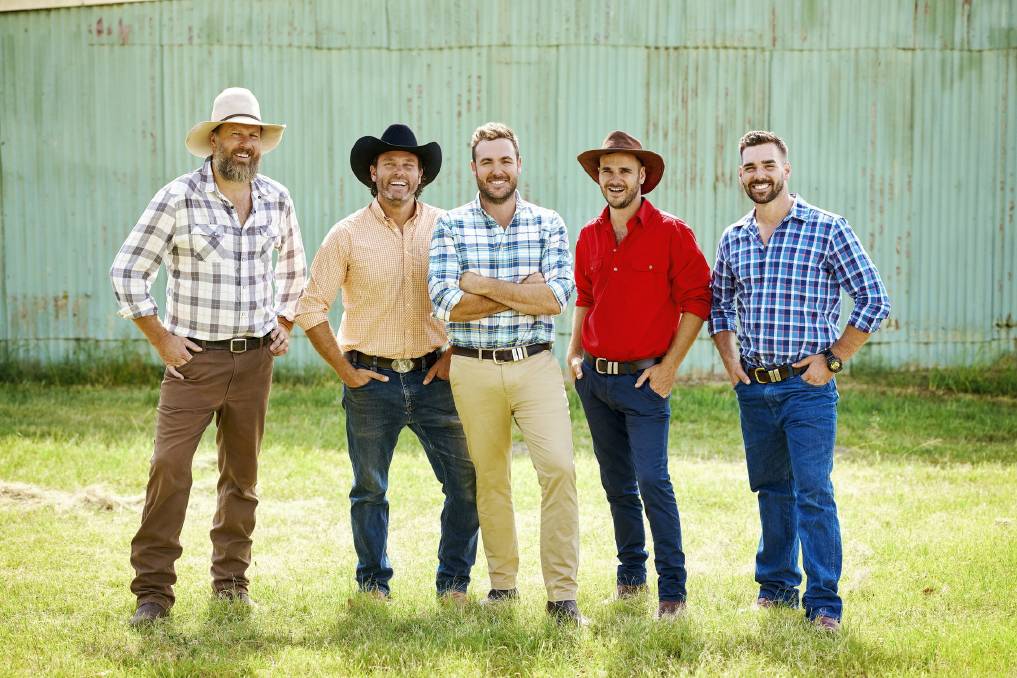 WE open Monday night's episode of Farmer Wants A Wife at Delegate, NSW and already two contestants/ladies have told us how excited they are to be selected for one-on-one dates.

We too can barely wait for this circus to kick off.

Farmer Andrew has taken level-headed Ash kayaking. As they paddle their way in unison down the rapids it appears to be all easy sailing for this pair.

Cut to Andrew's nightmare that was the ute muster.

All he wants is a "drama free night". And Andrew, we hate to tell you, but you have come to the wrong place my friend. 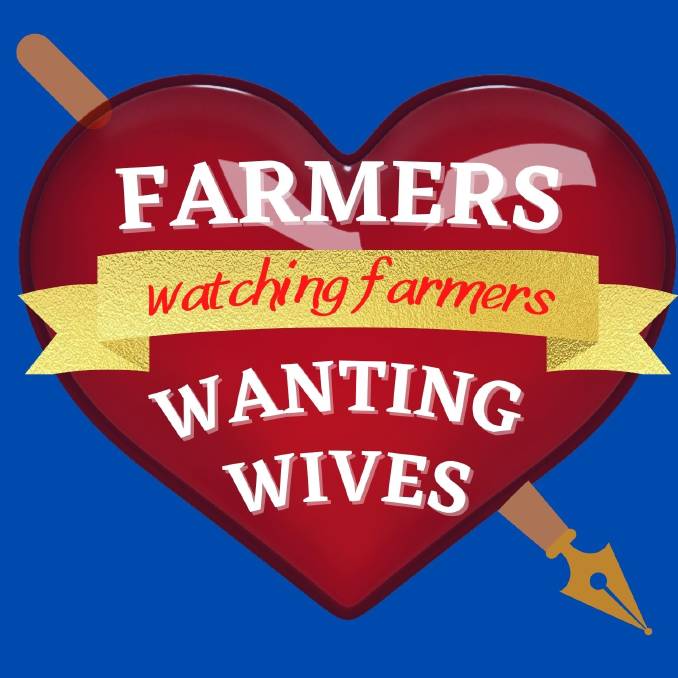 Andrew likes the simplicity of kayaking. He doesn't like "massive emotional pressure". I can relate.

Next, we head over to stick our nose into Farmer Matt's business.

He has taken current frontrunner Brydie the plumber out for dinner to the local Chinese restaurant.

Brydie is baking slices and sorting out overflowing water troughs. She's got this in the bag.

She tells us she can envisage herself "living on-farm". I love her. Unfortunately, she follows this up with "What are king prawns?" I'm beyond disappointed.

Approximately 8 minutes and 30 seconds into the episode and we have our first snog. Farmer Andrew and Ash are caught up in the romance of a crackling campfire and he relays the producer's line that the "flame was ignited".

Level-headed Ash is DIZZY with happiness.

We mooch on over to Farmer Rob's place in the Snowy Mountains and he has gone to the enormous effort of hiring a chopper for the afternoon.

He and the patiently waiting Kate fly over to a winery for "a feed and schnapps", as you do, and Kate echoes the sentiments of the other contestants and tells us she is also very EXCITED.

I can't help but feel that Farmer Rob is setting the bar very high here.

Meanwhile, Farmer Will has taken Jessica on a date under the stars. But these aren't just any old stars. He has in fact purchased her a star. Again. The bar is getting set very high. Sky high some would say. 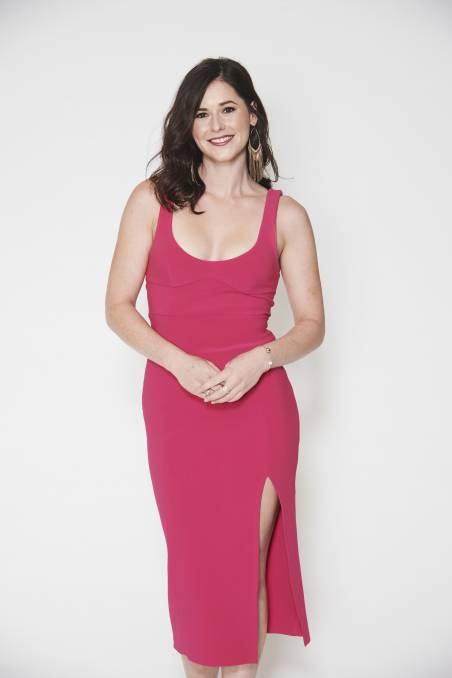 HIGH: Jess was given a star by Farmer Will. Photo: Channel 7.

The star is called JJ11, because the number 11 is very important to Jessica.

Over the last couple of months, that number has been appearing everywhere, she tells us.

According to Jessica, "it's a sign from the universe telling her she is exactly where she needs to be".

Farmer Will is skeptical and we feel you mate. She mutters something about chickens and the universe, and we just leave them to it.

Over at Canowindra, "Farmer" Sam is on the wines with Allanah.

They make a bit of small talk... yadda, yadda, yadda... something about love and not finding love, but seeing love and wanting love. Anyway, it culminates in an awkward kiss. 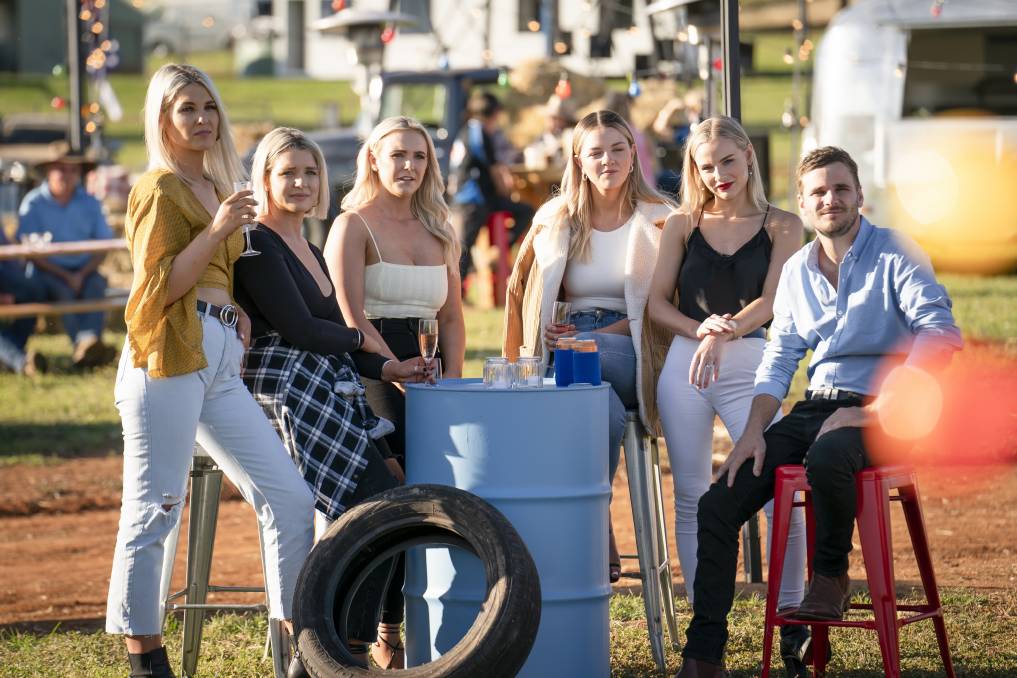 After triumphing over a fallen tree, and at this stage enjoying a drama-free day with the girls, Farmer Andrew is interrogated by Jess who wants to know all the ins and outs from the previous night's date with the once level-headed, but now dizzy Ash.

He tells her they kissed, to which she replies "that's cool", which is code for YOU DIRTY MONGREL.

"How many times did you kiss her?" she demands. And I feel like we've all had this very conversation at some point in our lives.

Over at Farmer Matt's place there's a poor girl marooned on a round bale. It turns out to be Tara. She was sleeping. And crying. All at the same time.

Farmer Matt has not been paying her enough attention.

In his words, he has "four beautiful girls" to accommodate, and it has become very difficult for him. The reality of the situation is harder than he envisaged.

We all feel for you Farmer Matt. Are you ok pet?

Despite Farmer Will telling us he doesn't need his partner to be a farmer, we cut to the sheep yards, where he is training the girls to train a dog.

Jessica, the star gazer, excels at this task. The Canadian is green with envy.

Back at Delegate, Farmer Andrew has a brief interaction with Katie....and....she retires from the race.

Katie has never been on a working farm before embarking on her search for love (perhaps she would have found common ground with "Farmer" Sam?).

Farmer Rob has Pidge, Peppa and George out working the sheep. These are his working dogs, not nicknames for his female guests.

He then calls an emergency meeting where he sits all his prospective brides down. This is serious. GONE: Adhering to the strict culling protocol adopted by many graziers, Farmer Rob has moved his ladies on.

And I will steal my Dad's line here, who is, I'm certain, enjoying commentating on this match.

At this precise moment he declares: "He looks set to draft the whole lot off."

And he's right, he bushes the lot of them.

Dad, you are a genuine CLAIRVOYANT mate.

It dawns on me that I have overlooked a very valuable resource in my father. His prophecies throughout my enduring dating career would have been helpful.

Farmer Rob is rattling off his closing statement to the assembled - "amazing ride", "lightning bolts"....when he is suddenly interrupted by the bewildered woman with the statement auburn locks.

"Oh for #$%^''s sake," she spits, before squashing a cap emblazoned with "I love farmers" into the very, very, mostest bottom part of the suitcase. Never to be seen again.

Pidge, Pepper and George wave them off into the sunset.

I think it goes without saying that a fresh batch of hens are never welcome in any hen house, but this is precisely what is about to happen.

The farmers are headed off-farm for dates with girls hand-picked by their mums.

Farmer Will suddenly develops a nervous twitch at the mention of an additional contestant.

The originals are UNIMPRESSED.

Farmer Sam's date, Chelsea, has a self confessed "thing for farmers". I don't want to be the bearer of bad news, but let me tell you Chelse, you are barking up the wrong tree here.

Farmer Will doesn't want to ruffle any feathers, so he leaves his date at the restaurant. Her feathers, however, look ruffled.

Farmer Matt receives a very icy reception back at home when he invites newcomer Jacquie to join the circus. A. FROST. HAS. SETTLED. IN.

Jacquie apologises for arriving late to the party; nobody says "that's ok". Nobody.

Farmer Andrew, who is single-minded in his approach to avoid any drama whatsoever, plays it safe. The South Australian never even leaves the starting gate.

He excitedly/nervously asks the originals if they wish to meet the shiny, new love interest.

It is met with mute nods.

Welcome to the circus Chelse!

Farm Lesson of the Day: Always have a clean shirt ready in case your mum organises a date.