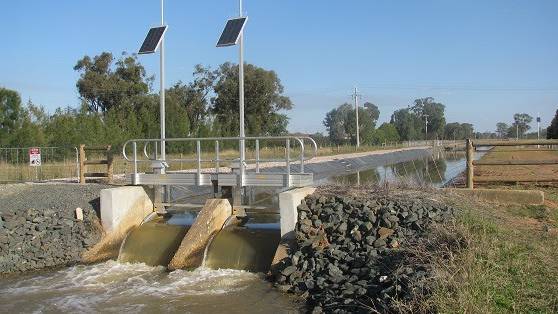 INCREASE: Increased entitlements have been announced in all northern Victorian irrigation systems.

Northern Victorian irrigation allocations increased on Thursday on the back of rainfall and good flows into storages.

Northern Victorian irrigation allocations increased on Thursday on the back of rainfall and good flows into storages.

"Final carryover volumes are not known until early in each new water year," Dr Bailey said.

"The confirmed volumes were slightly lower than we estimated for the July 1 seasonal determinations.

"This means more water was available for allocation with this update."

"The wet catchments and continued handy rainfall is producing more flow than our conservative estimates," he said.

"We look forward to continued rain through winter and spring to boost storage levels and increase the seasonal determinations."

The resource manager also released outlooks for the rest of the season.

The tables below possible high-reliability water share seasonal determinations through the season and include a reference year to help users recognise the possible inflow conditions.

The outlook scenarios presented are:

Wet: Inflow volumes to major storages that are greater in 10 years out of 100

Average: Inflow volumes to major storages that are greater in 50 years out of 100

Dry: Inflow volumes to major storages that are greater in 90 years out of 100

Extreme Dry: Inflow volumes to major storages that are greater in 99 years out of 100

Allocation trade from NSW to Victoria is limited to the lesser of a net annual volume of 200 gigalitres or a volume that keeps the risk of spill in the Victoria's share of the both Hume and Dartmouth reservoirs below 50pc.

The current risk of spill in the Murray system allows 200GL of net trade.

An interim rule for trade from the Goulburn, Broken, Campaspe and Loddon systems to the Victorian Murray system, NSW and South Australia is in effect from July 1, 2021, to June 30, 2022, replacing the previous rule that had been in place since 2013.

The new trade rule means that until December 15, 2021, trade is allowed whenever the total amount owed from the Goulburn to the Murray, including the Lower Broken Creek, is less than 190GL.

From December 15, 2021, net trade will be capped and the inter-valley trade account balance will be run down.

The volume currently committed to the Murray is 190GL, meaning trade from the Goulburn, Broken, Campaspe and Loddon systems to the Victorian Murray system, NSW and South Australia is closed.

More details about the new trade rule are available at waterregister.vic.gov.au/about/news/349-interim-goulburn-to-murray-trade-rules-introduced-from-1-july-2021.

The Goulburn, Campaspe and Loddon systems can trade from the Victorian Murray system, NSW and South Australia while the total volume owed to the Murray system is greater than zero.

The Murray-Darling Basin Authority (MDBA) is restricting trade of water allocations from above the Barmah Choke to downstream of the Choke to protect the delivery of downstream water entitlements.