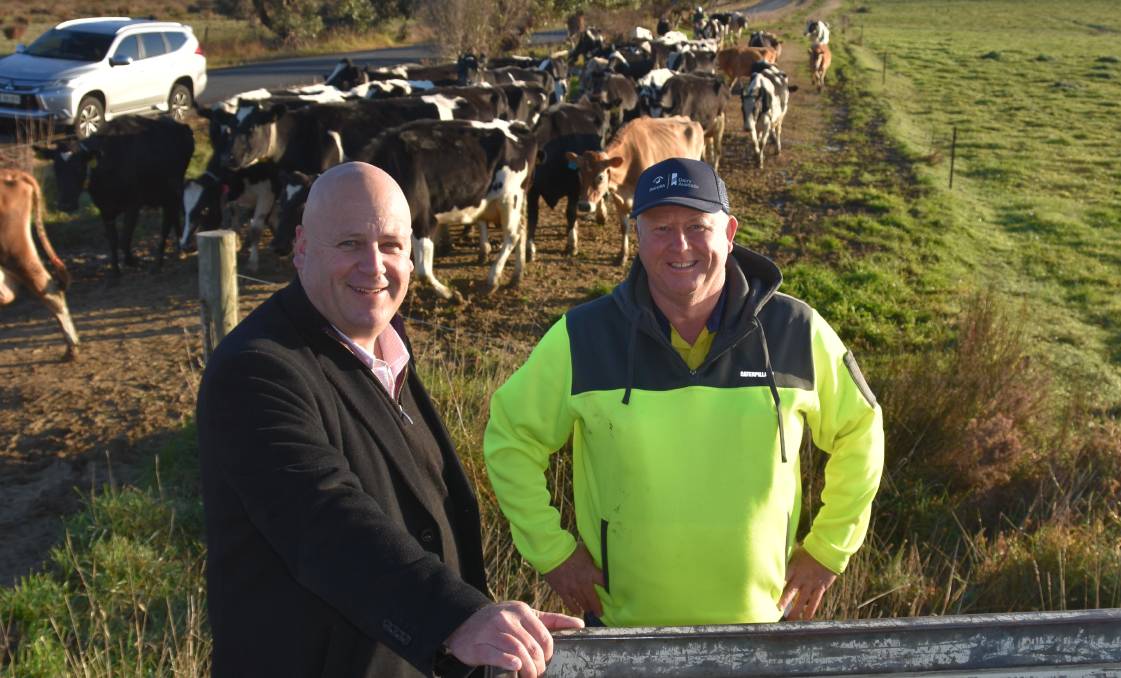 IMPROVING seasonal conditions, higher milk prices, the option of long-term supply contracts and a growing movement to buy local have SA's dairy industry in its "best position in years", according to farmers and industry insiders.

IMPROVING seasonal conditions, higher milk prices, the option of long-term supply contracts and a growing movement to buy local have South Australia's dairy industry in its "best position in years", according to farmers and industry insiders.

Following on from the move away from dollar a litre milk and changes to the industry's code of conduct, these factors have many dairy farmers considering investment and expansion rather than just staying afloat.

SA Dairyfarmers Association board member Ben McHugh described the state of the industry as very healthy, saying dairying's resurgence began with the move away from dollar milk and changes to the code of conduct allowing dairy farmers to better negotiate milk prices with different processors.

"The dairy industry is in the best position it has been in for several years," he said.

"Milk prices are really good and it has given farmers the opportunity to grow, do upgrades on farm and look at incorporating new infrastructure and new technologies."

Mr McHugh said the industry had also benefited from a growing movement to buy local products, which had become evident during the COVID pandemic.

"People are looking to buy good local SA brands to support the dairy industry," he said.

"The move away from dollar milk has seen a change from people exiting the industry to people now talking about growth in the industry and where the milk is going to come from."

Fellow Mount Compass dairy farmer Warren Jacobs of Hicks/Jacobs said while it had been a slow start to the season, recent rains were aiding pasture growth and contributing to the air of optimism in the dairy sector.

"Certainly in SA, there is a lot of demand for our milk locally," he said.

"There's even a shortage so there's a lot of incentive for dairy farmers to expand and for other people to look at getting into the industry."

Having the option to sign long-term supply contracts, locked in at good prices, was also allowing farmers to think about investment and their long-term futures, according to Mr Jacobs.

"Most companies are offering two to three-year contracts, which is allowing farmers to sign up to whatever contract best suits their businesses," he said.

The dairy industry's surface optimism is reflected in recent figures from Dairy Australia.

Its Milk Production Report for May showed an increase in all states for the first time in several years, with SA's production up 3.4 per cent in May and 2.1pc year-on-year.

DA's June 2021 Situation and Outlook report outlined a big lift in confidence, with a National Dairy Farmer Survey showing that 64pc of farmers were confident about the industry's future - a 20pc rise from 2020 and 30pc rise from 2019.

Nangkita Hills, SA, dairyfarmer Michael Connor said there were many indicators "trending in the right direction" for the industry.

"Milk prices come from indicators such as export demand, domestic demand and buy local campaigns being strong," he said.

"Seasonal conditions have been good and the most important thing is that the longer-term outlook for the industry is looking good as it takes a long time to get confidence back after a long period of decline."