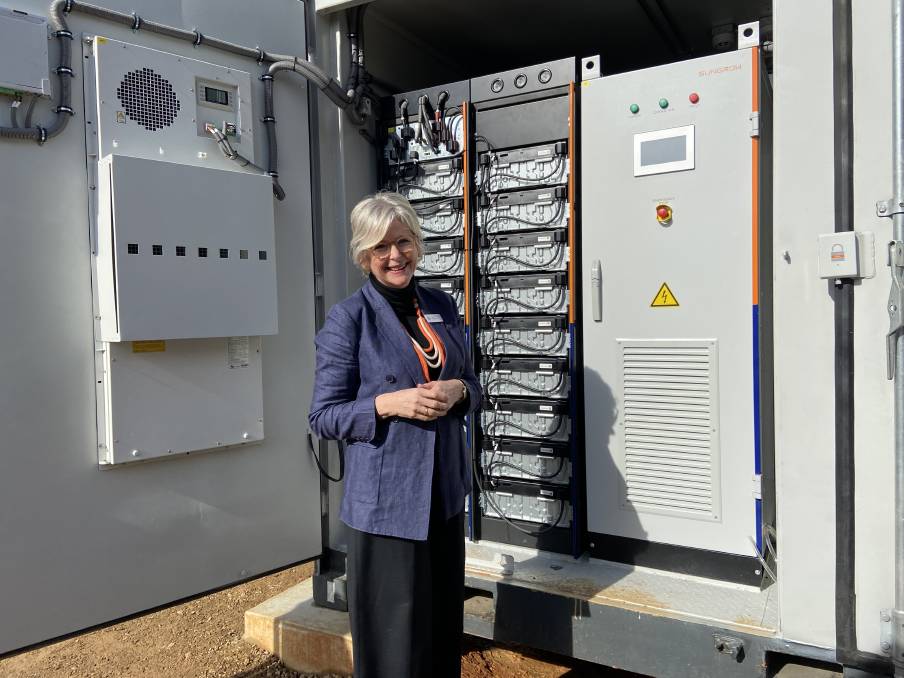 BRIGHT IDEA: Indi MP Helen Haines in front of the Yackandandah community battery, which could become commonplace across regional Australia if her proposal is approved.

A Rural Victorian town has taken energy security into its own hands by establishing a renewable energy battery, in a move that could be replicated in thousands of towns across the nation.

A RURAL Victorian town has taken energy security into its own hands by establishing a renewable energy battery, in a move that could be replicated in thousands of towns across the nation.

Yackandandah has built a community-owned battery, attached to 65 kilowatts of solar, which is capable of storing 274 kilowatts.

Independent MP for Indi, Helen Haines, said Yackandandah could be the first of many towns to dictate its own energy future if her bill before the parliament is approved.

Ms Haines wants to establish a new government organisation, the Australian Local Power Agency, to support regional communities develop their own renewable projects and share in profits generated by the booming industry.

ALPA would establish community energy hubs, which would have the skills, expertise and a purse of money for small communities to access.

"Should this get across the line, it will enable renewable projects in little towns like Yackandandah to be scaled across the nations - instead of being a curiosity or a novelty, there could be thousands of them," Ms Haines said.

"Towns right across the country struggle with energy security. After the Black Summer fires, communities were cut off for weeks."

Yackandandah aims to be "islandable", so it will be able to maintain essential services in the wake of natural disasters such as hospitals, evacuation centres and mobile phone towers.

Totally Renewable Yackandandah founder and deputy president Matthew Charles-Jones said the town has the goal of being 100 per cent renewable within the next few years, and the battery laid the foundation for the town's future energy generation and storage projects

"One of the things increasingly relevant to local communities is to what extent their power is affected by storms, fires and weather events. Local power systems give some level of security that when those things go really wrong, they still have power.

"This is about adding confidence to small rural communities that they're not entirely reliant on big generation to meet their needs."

The project is also making money for the town, with the energy being sold through a community-owned energy retailer, and it will eventually reduce the cost of local power.

Submissions on Ms Haines' bill have closed and will be examined by a parliamentary inquiry in late August or early September.

"I'm hopeful they see the logic and opportunity in this," she said.

"This bill makes no political statements, it's a common-sense practical way to capitalise on the renewable energy boom .

"We constantly hear regional MPs talk about the desire to grow regional Australia. Here's a tangible way to do it."