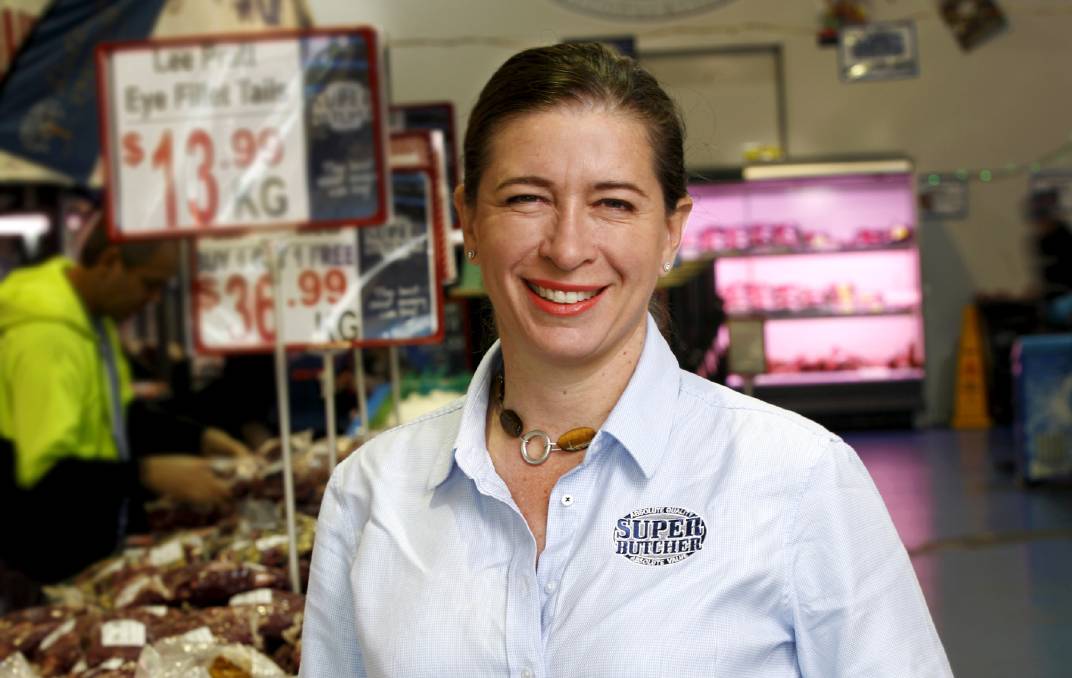 BACK IN THE DAY: Today's senator, Susan McDonald, used to manage a chain of butcher shops so she knows a thing or two about meat.

You need to don chain mesh gloves to operate the mouse before reading comments on your posts.

No sooner does Senator McDonald, or her staff, post some exciting announcement or other than the keyboard warriors come out to play.

You can imagine her surprise when she posted on "event" back on June 15 announcing an inquiry into food labelling.

Perhaps she made the mistake of headlining the post "vegan meat".

Fair dinkum vegans or vegetarians are only a small percentage of the population - most say about one in 10 - but they are prolific on social media.

And easily riled it seems..

Senator McDonald has a touch over 5000 "followers" on her Facebook page.

And when you combine a similar number of responses on a later post on the same subject, it was obvious she had hit a nerve.

Fortunately perhaps for the senator, it does not seem many of them would be her constituents.

Indeed there was a global response to the post, they all piled on.

And we can say the locals gave us good as they got.

"Fundamentally you are showing a preference for one section of the protein industry over another," said one reasonable writer.

"The alternative protein industry in Australia is thriving. It is building wealth and employing people, and doing all of this without land clearing or creating volumes of greenhouse gases.

"Do we have a capitalist democracy or do we have socialist economy that runs at the whim of farmers? Senators should be supporting all of Australia's food industries equally. This is nothing but pandering to your friends in return for their campaign donations. You should be ashamed."

It fairly well sums up the whacking the senator received.

Or there was this gem.

"So you're saying meat eaters are stupid and don't know how to read labels. Got it."

The senator has many supporters who tried to get even.

"I am a second hand vegan," one fan said.

"The cows eat the grass and I eat the cow."

The Senate inquiry is taking submissions at the moment for their inquiry.

Senator McDonald said this week the inquiry would travel all over Australia to gather evidence.

Just as well the borders are closed, given some of the heat from overseas in the Facebook posts.

The inquiry does promise to be divisive.

A legitimate new industry is trying to find its place in the world.

An old industry, often with multiple generations of the same family becoming expert at what they do, believe their good name has been hijacked.

If the social media posts are anything to go by, they might have to sell tickets for front row seats at the inquiry.