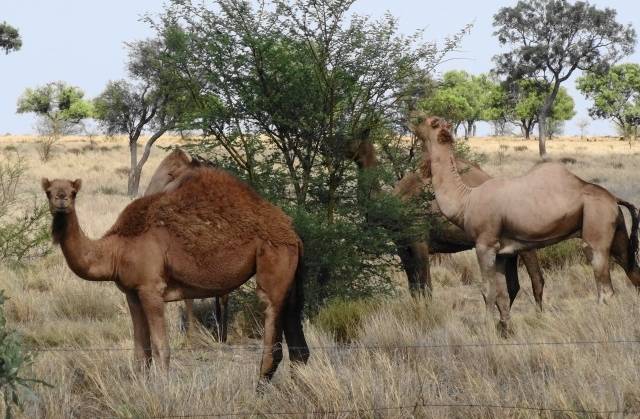 CAMEL PLAGUE: There are believed to be more than a million wild camels in central Australia alone, which has led to culling campaigns. Picture: Sally Gall.

Experts are still scrambling to discover how dogs in Victoria were poisoned with a rare plant toxin.

Experts are still scrambling to discover how dogs in Victoria were poisoned with a rare plant toxin.

A mystery outbreak of liver disease has already caused more than 10 dog deaths with 50 or more dogs thought to have been made sick.

Another warning has been issued warning dog owners not feed their pet fresh or frozen raw pet meat sourced from Gippsland between May 31 and July 3.

This reminder comes as a PrimeSafe and Agriculture Victoria investigation continues into the toxin indospicine, which has been found to have caused the liver failure.

While scientists have identified the toxin, they say it has never happened before in Victoria and they still don't know how it was "ingested" by the dogs.

Indospicine is a toxin found in native plants of the Indigofera species, like the native indigo, but the species which produces high levels of the toxin is found in northern Australia.

Pet meat sourced from wild camels has caused dog poisonings in the north in the past.

Experts are now working to trace the origins of the animals used to make the pet meat.

Indospicine has been previously shown to build up in the tissue of some grazing animals when they continue to eat these plants and dogs are especially sensitive to the toxin.

"The investigation remains very complex with many lines of inquiry and testing underway at laboratories across Australia," a spokeswoman from Agriculture Victoria said.

"The current focus is on pet meat from a range of animals and trace back to their origin continues.

"At this stage the investigation has no conclusive evidence of how the dogs have ingested the indospicine toxin."

It is understood a meat processing facility and its downstream retailers have initiated voluntary withdrawals of a range of pet meat products.

Despite this, products with this toxin may still be in circulation and meat from the Gippsland processor may have been further processed into a variety of products making identification of all affected pet foods difficult.

Dog owners have been told to contact their pet food supplier for advice on the source and content of purchased feed.

Agriculture Victoria and PrimeSafe are encouraging everyone to check where their fresh and frozen pet meat is sourced from.