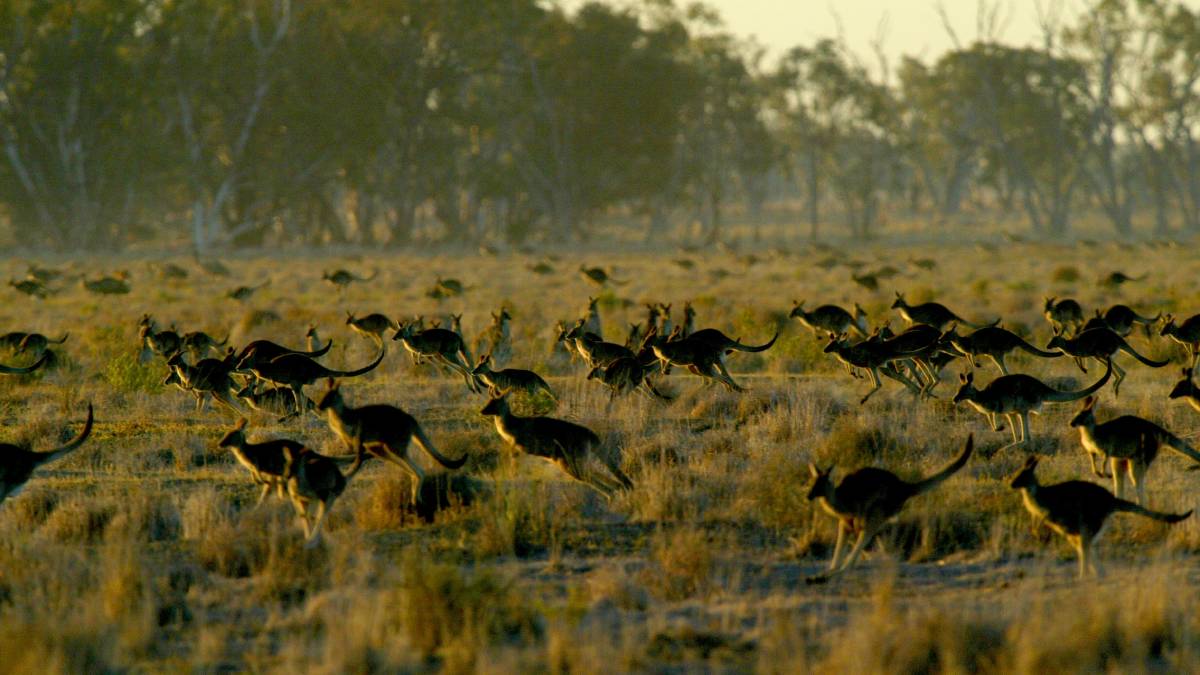 ASSET OR PEST: Kangaroos could be an asset to farmers if their population was managed better to avoid boom-and-bust cycles.

Unifying state and territory roo plans under one system would produce better outcomes for both farmers and conservationists, according to representatives of the Australian National University and NSW Kangaroo Management Task Force.

The proposal was put to federal Agriculture Minister David Littleproud in a draft report, which argued managing roos as pests was expensive, non-productive and had not achieved objectives of preventing drought-induced pasture degradation and wide-scale kangaroo starvation.

The proposal encouraged farmers to see kangaroos as a commodity that could be sustainably harvested.

"Kangaroos evolved with Australia's fluctuating climate and could be grazed in a complementary way with domestic stock, producing low carbon emission, healthy meat with low impact on soils and vegetation."

Most of Australia's 40 million plus kangaroos are on pastoral land alongside domestic livestock. Only a tiny proportion of the population is harvested commercially and the numbers is well below the annual quota.

At the moment, non-commercial culling results in millions of carcasses being left to rot in the field with implications for both food waste and biosecurity.

Kangaroos Industry Association of Australia chief executive Dennis King at the moment, the boom-and-bust nature of kangaroo populations was a barrier to more farmers converting kangaroos into a valuable asset.

Mr King said mass die-offs cause professional harvesters to leave the industry and move onto other careers, and it's difficult to fill the specialised roles once roo numbers boom.

"A professional is the best way - farmers are busy running around managing their land all day and it's hard to find the time," he said

"When you're working all day, the last thing you want to do is to go out all night shooting roos."

At the moment, there are about 3000 people in the roo industry, including harvesters, processors and transporters. Some processors have tried paying landholders per roo shot on their land by a harvester, however so far it hasn't had much success, with most farmers claiming the amount - $5 per carcass - is not enough.

"It's a starting point, going forward if we can harvest at a consistent level with sustainable numbers, that could easily go up," Mr King said.

Despite the concerns of activists, the draft report revealed the number of harvested roos is well below the annual quota.

Mr King said there had to be a review of the way quotas were allocated, as there was a trigger point to decrease the figure, but no way to increase the quota if the population exploded.

"Quotas are taken from population data collected the year before it's allocated, but there could be a boom in that time," he said.

Mr King encouraged farmers to contact processors, ask them about the opportunities to develop a consistent approach that keeps numbers sustainable on their property

"Farmers certainly don't want to see them all gone, they are regarded as a valuable part of Australian wildlife, they are a marvellous creature and respected across the whole agriculture industry," he said.