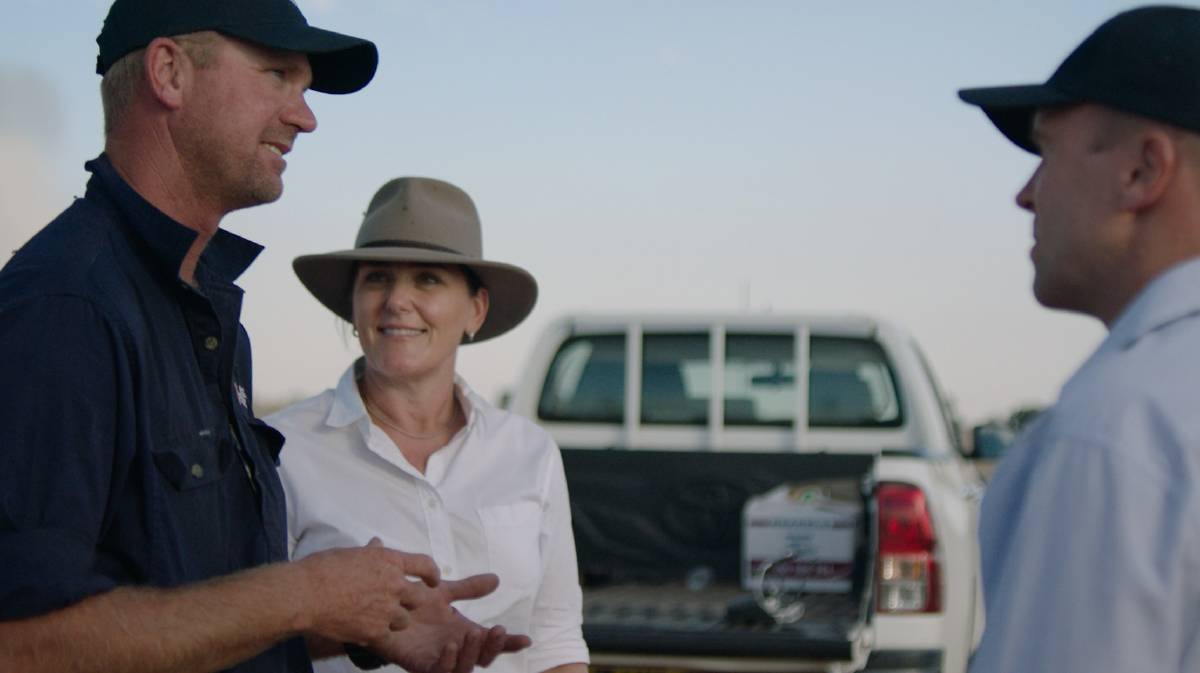 Paraway Pastoral is far from the average farm business. Meet the corporate farmers in charge of properties two-thirds the size of Tasmania.

Paraway Pastoral is far from the average farm business. Two-thirds the size of Tasmania at 4,481,370 hectares, it spans 27 properties stretching from the Gulf of Carpentaria down to the Grampians in Victoria.

It's run by Macquarie Infrastructure and Real Assets, which lays claim to being one of the world's largest agricultural investment managers.

Despite all that, MIRA head of agriculture Liz O'Leary and Paraway Pastoral Company chief executive Harvey Gaynor said the success of the business relied heavily on local station managers.

"We like to have a really capable team of management and staff at each of those stations that has a great understanding of their station as a business ... they know their landscape, business, livestock and community and industry better than we can do from from the central office," Mr Gaynor said.

Those station managers report to regional general managers and are backed by the central office's technical specialists, administration and corporate strategists in Orange, NSW.

Working in a large corporate farm business can require an adjustment for those from family farms, Mr Gaynor said.

"Some of the systems are the first things that might catch their attention," he said.

"They might find an administrative burden that they hadn't seen before and find it hard to understand the value of that.

"But on the flip side, you'll also see them say they value it because it's keeping me safe or it's providing information or it's taking work off my plate because I don't have to process all these invoices anymore.

"Perhaps the other thing is the approach to management of investment."

That's where MIRA has really made its mark, with the development of three businesses. Aside from Paraway, there's the roughly 118,000ha cropping enterprise, Viridis Ag, and the 105,000ha Lawson Grains.

"Unlike my colleagues in other asset classes, there are very few large scale, fully developed farmland portfolios and businesses you can acquire," MIRA chief executive Liz O'Leary said.

"We quite enjoy stepping in and doing the heavy lifting, doing the build, and, and really developing agri-businesses and portfolios of farms that work in an integrated fashion."

Lawson Grains, tipped to be on the market for at least $600 million, is up for sale simply, Ms O'Leary said, because the term of the investment had concluded.

"One of the challenges in this business is sometimes you have to say goodbye to your portfolio company and hand it over to a new custodian because our job is to generate returns for our investors and then, from time to time at the end of a product's life, provide a multiple of their capital back," Ms O'Leary said.

The fund investing in the Paraway Pastoral Company was set up quite differently.

"Typically, for us, it's hard to see a farm being held in the portfolio for under 10 years, but we don't sell very much. We prefer to buy.

"The livestock business is such a long-dated business, it's an indefinite hold. In the grains business you're seeing a portfolio go up that's 10 years old, so maybe that's the shortest timeframe for us, your longest time frame is, who knows, hopefully well beyond my lifetime.

The opportunities, she said, were strong right across agriculture and there was plenty of room for both corporate and family farms.