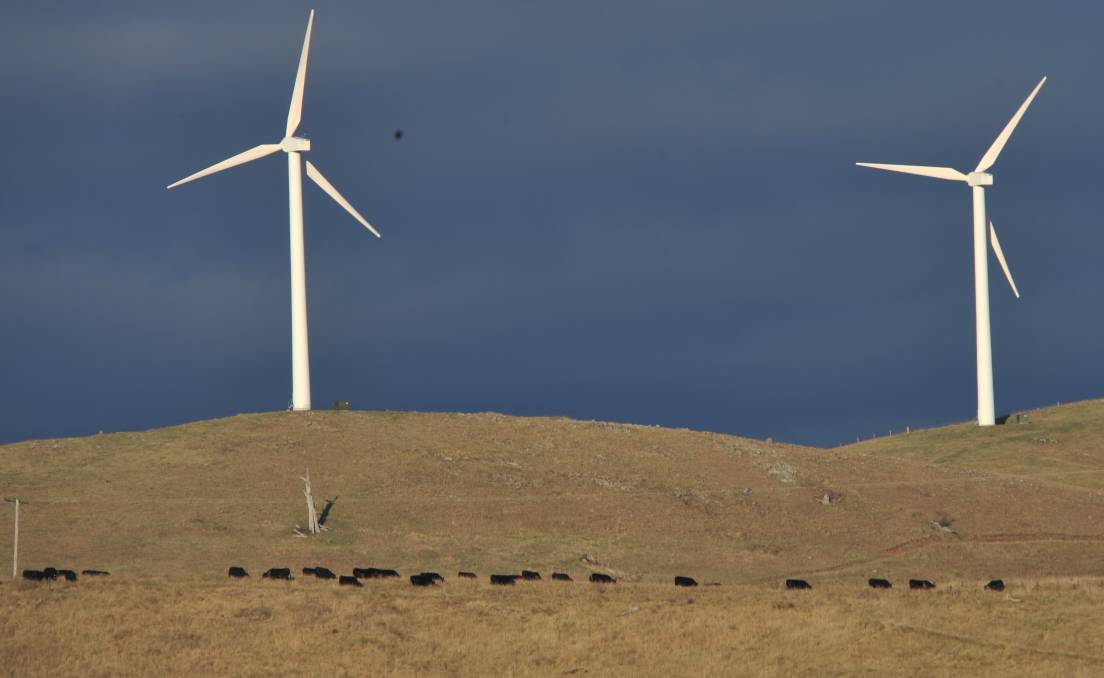 A growing variety of new farm earnings opportunities are threatening to restrict farmer access to the farm management deposit scheme.

Farmers are hoping the federal government is about to re-think its official definition of non-primary production income relating to FMDs.

There are also calls to simplify other qualification rules which currently exclude an increasing number of family companies and trusts from using the scheme.

Producers argue an evolving array of non-traditional income streams, particularly in the emerging carbon economy, will play a prudent role in helping farm businesses survive agriculture's volatile seasonal and market conditions, not unlike the way the tax-friendly FMDs help farmers prepare for those same business risks.

Peak grain producer body, GrainGrowers, is among those highlighting the current definition of a "non-primary producer" as excluding alternative energy such as solar and wind power, and even future pump hydro opportunities, from the list of modern farm income sources.

Setting aside land for money-making carbon sequestration initiatives and other carbon farming credit projects are other increasingly relevant income options.

"We know farmers are moving into carbon and biodiversity income opportunities and energy generation as part of their land use strategies, so the government needs to factor in the changing nature of farming to keep its FMD rules effective," he said.

Supported by advice from professional advisors, farmers were also relying on more off-farm income to diversify their business risks.

Several peak farmer bodies want the government ceiling on earnings outside the farmgate lifted above $100,000, which is currently the threshold for primary producers using FMDs.

Victorian farmers lead the tally with savings worth $1.3b.

Australia-wide, mixed grazing and cropping producers have put away about $1.1b; grain-only producer accounts hold almost $1b, and beef-only producers about $900 million.

FMDs were introduced by banks in 1999 as a government-endorsed way to encourage farmers to save funds at premium interest rates in good years so the money could be withdrawn later when cash flow was poor in tougher years, or when funds were needed to upgrade or expand farm assets.

Tax is not paid on saved earnings until the money is withdrawn from its FMD account, which, conveniently, often occurs in years when the farm's overall taxable income is low.

A current federal government review of the FMD scheme's effectiveness is expected to be finalised next month after a strong level of feedback from the industry prompting the consultation period to be extended.

Typical of the support for the scheme were comments collected by GrainGrowers referring to FMD reserves helping producers get through the recent drought.

One Victorian grower described FMDs as "an extremely valuable scheme which has allowed us to put money aside to drought-proof our farm and helps us sleep at night knowing we can get through poor years without having to sell land or rely on government assistance".

About 80pc of the 700 GrainGrowers members who provided comment had a FMD account or used them in the past.

Two thirds had drawn on those emergency reserves in the past two years - many to cover drought costs or post-drought mitigation work.

However, many submissions reflected frustration with rules, in particular requirements for FMD accounts to be closed within 12 months of an account holder dying.

"Suddenly withdrawing a large sum, accumulated over maybe 10 years, means that money could be subjected to a hefty 45pc tax rate just when the timing may be quite awkward for the business, seasonally and financially," Mr Salardini said.

"It could be the difference between the farm staying viable or not."

Farmers want Canberra to spread the period for FMDs to wind down to two or three years, recognising the cost of an excessive tax liability to a farm's long term financial plans and the disadvantage placed on a remaining business partner, spouse or next generation family members.

Another hot button issue for an increasing number of farm businesses is the requirement that only individual farmers can hold FMD accounts.

Family trusts and companies representing two or three generations of farm business ownership are unable to put money into FMDs.

"Our family farming company is operated by just two directors and we often feel frustrated we can't access FMDs because we are a company," said one NSW grain grower.

"In the past it would have been another great tool for us to incorporate into our strategic management plan to safeguard the business through difficult years."

Another NSW farmer, whose enterprise operated as a family trust, said surplus funds for FMD accounts had to be deposited in individual's names and thus could not be offset against farm production costs when withdrawn, because the trust, not the individuals, actually owned the business.

Individuals subsequently carried the tax burden, not the farm business.

Mr McKeon at GrainGrowers' said the increasing scale, business complexity and governance expectations of many modern family farms required them to operate under company or trust ownership structures.

About 30pc of respondents to the organisation's survey on FMDs were part of farming trusts, while 20pc were in a company structure.

"We would love for our company to be able to utilise FMDs," wrote a farmer in NSW.

"We would definitely use them."