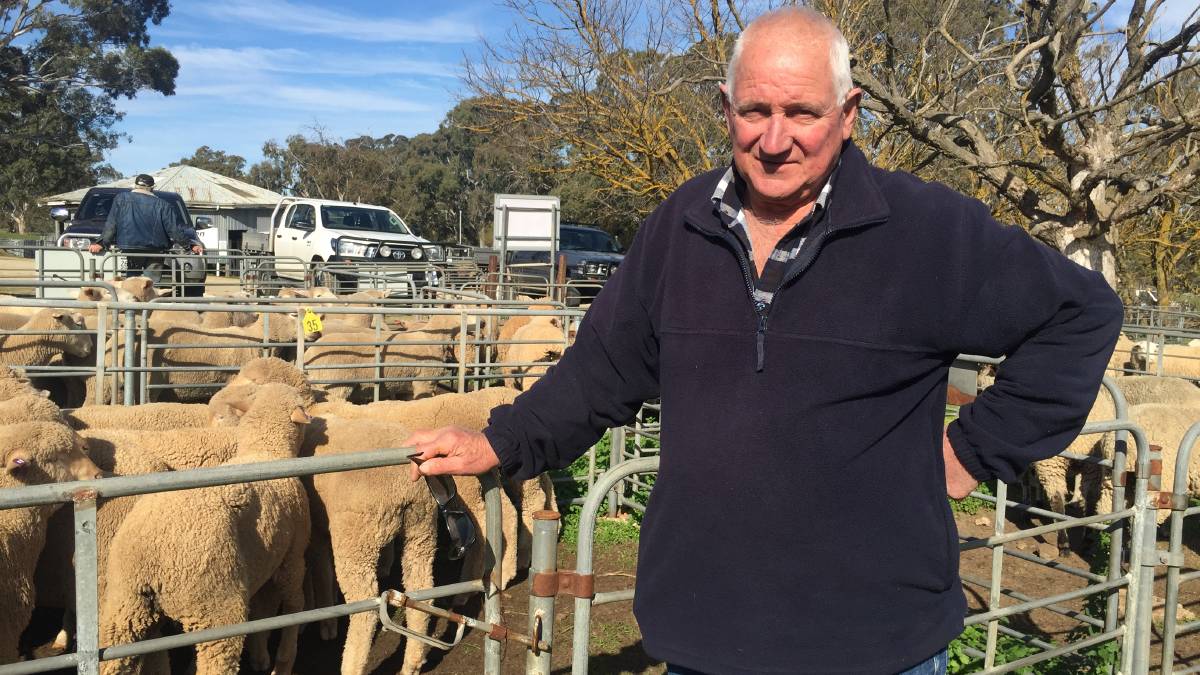 STOCK HUNTING: Kevin Przibilla, Riverton, SA, was on the hunt for stock at the Mount Pleasant, SA, market earlier this month.

National trade, heavy and Merino lamb indicators have all been performing strongly despite more lambs at the saleyards with weekly sheep and lamb yarding levels surging in NSW, pushing east coast saleyard throughput to the highest point seen in months.

And although restocker, light, and mutton indicators fell last week, they were all still above levels the same time last year.

But experts are predicting most sheep and lamb categories have reached the seasonal winter peak, with prices expected to ease slightly before the spring flush.

"In some sales, the number of heavy lambs were down slightly, helping support their price rise."

Last week the eastern states trade lamb indicator (ESTLI) saw movements of 25c and by Thursday it was at 910 cents per kilogram carcase weight (cwt).

According to Meat and Livestock Australia (MLA) data, the last time the ESTLI was above 900c was in June 2020, and it is now a significant 170c above the five-year average.

It was a different story in the west with the WA trade lamb indicator (WATLI) losing 52c to land at 712c/kg cwt.

At the start of the week the national heavy lamb indicator was at 928c/kg, a 43c rise on the week prior and 248c higher than this time last year.

But what makes these prices impressive is the lamb throughput.

And it is NSW that is leading the way.

NSW lamb throughput volumes are sitting 38pc above the five-year average pattern for this time in the season.

Mecardo analyst David Myers said while it wasn't a huge lift on the week prior, it was an 85pc lift on this time last year.

"Most of the increase came from NSW, while most states were either steady or fell in supply," he said.

At Wagga Wagga NSW there were anecdotal reports it was the biggest winter yarding they could remember with numbers jumping to 42,300 lambs and 11500 sheep.

Yet the market handled any increase with heavy lambs in NSW and Victoria lifting 43c and 20c cents respectively on the week prior to sit at 918c and 910c/kg, 227c and 247c higher in both states than this time last year.

Light lambs were down slightly in NSW though, falling 10c, but up in VIC, finishing last week 20c cents up to settle at 874c/kg while they were 840c/kg in NSW.

Mr Myers said the market has absorbed the increase in supply and yardings well, especially considering the impacts of COVID lock-downs affecting the two biggest sheep and lamb producing states in the country.

"It will be interesting to see if numbers in VIC follow NSW's suit and lift it's yardings and slaughter too," he said.