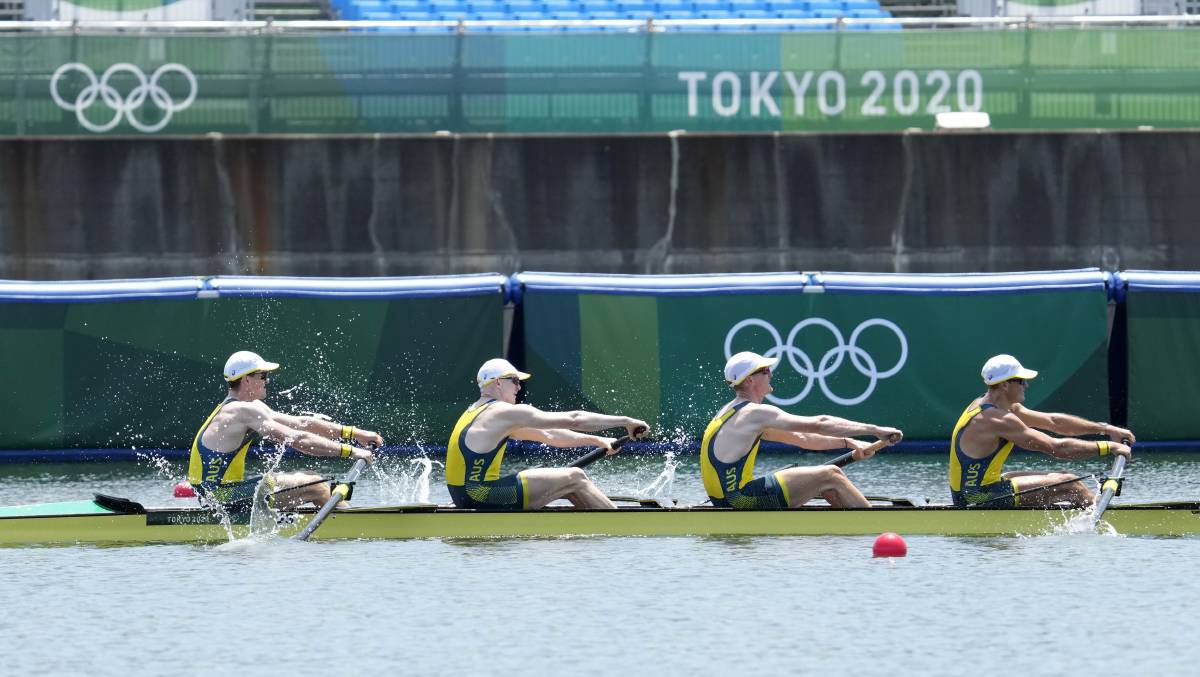 Our men's fours, featuring rowers from country SA and NSW, had a thrilling victory in the gold medal race on Wednesday. Photo: AAP.

Our golden day at the Olympics has a large rural Australian influence, carrying on a long tradition of successful athletes from the bush.

WHEN four Australian Olympic rowers with their roots in the bush took gold on Wednesday morning our time they became the latest in a long line of Australian Olympians with rural Australian heritage to taste ultimate success.

Lucy Stephan, from Nhill in Victoria, stepped up first as part of the women's fours final before Alex Hill, Loxton, Jack Hargreaves, Wellington, Nyngan and Bourke and Spencer Turrin, Dungogwrote their names into history just minutes later in the men's event.

Even our golden girl of the pool Arianne Titmus has a regional Australian connection, living in Launceston, Tasmania, before moving to Queensland to pursue her swimming dream.

Australia's 2021 Olympic squad is full of talent from rural and regional Australia, from equestrian royalty in Andrew Hoy, from Culcairn, NSW, to Longreach's middle distance runner Patrick Tiernan, who will contest the 5000 and 10,000 metre races and three-time hockey Olympian Emily Chalker there is country Aussie talent in a wide range of pursuits.

In basketball, the Boomers' squad has a distinct rural flavour with Victorians Matthew Dellavedova, Maryborough and Nathan Sobey, Warrnambool, teaming up with Tamworth's Nick Kay and Aron Baynes, from Mareeba in far north Queensland.

Over the years some of Australia's iconic Olympic performances have come from country-raised athletes, from Mackay-born Cathy Freeman's epic 400 metre win at Sydney to the exploits of the 'Lithgow Flash', Marjorie Jackson.

As more athletes compete in Tokyo we're all barracking for some more of the fantastic talent produced in the bush to come to the fore and forge their own legends.