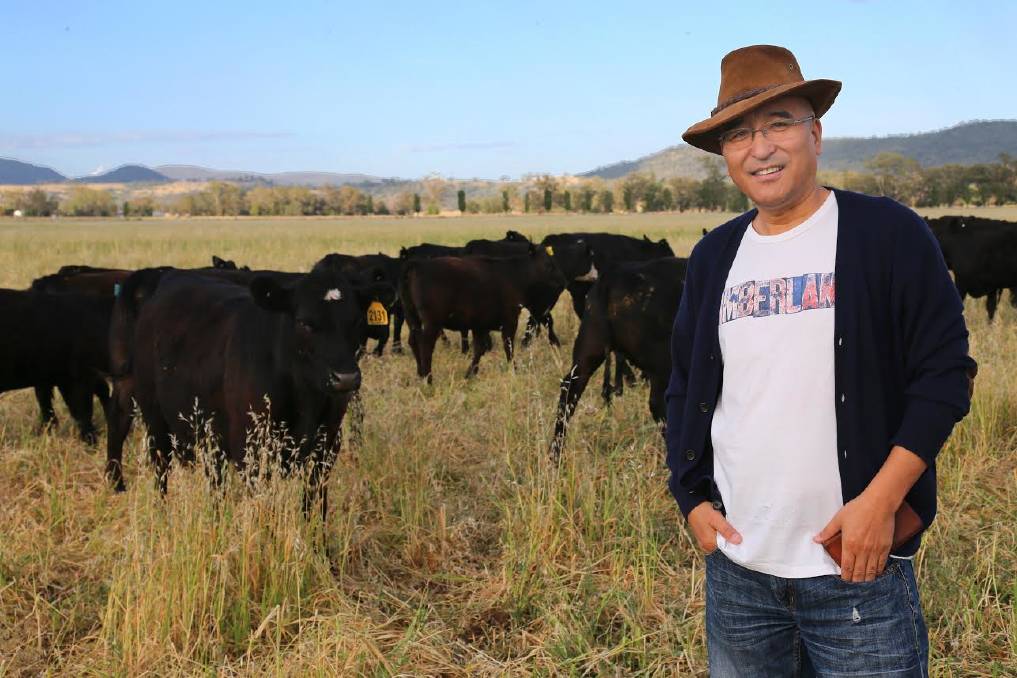 SCANDAL: Jimmy Lui, the then owner of Currububula Station.

One of Australia's oldest cattle farms has found itself in the middle of a Chinese ponzi scheme and a political corruption scandal.

ONE of Australia's oldest cattle farms has found itself in the middle of a Chinese ponzi scheme and a political corruption scandal.

Currabubula Station, 30km south-west of Tamworth NSW, was used by Chinese-owned company United World Enterprises to lure retirees into investing up to $46 million for fake agritourism and aged-care village schemes, an explosive ABC report has revealed.

Disgraced former NSW MP Darryl Maguire sold his services to UWE to lend credibility to the dodgy business, which landed him at the centre of a corruption investigation. However, there is no evidence Mr Maguire was aware UWE was operating a ponzi scheme.

The $7.5-million station was owned by Jimmy Lui, the man behind UWE, however the cattle farm is now under new ownership.

Since 2012, UWE exported Australian agricultural products to China at high margins, such as beef, wheat, barley and cotton.

Although it was billed as an early success story in the new market, grain trader and whistle-blower Steven Foote said the company was a house of cards.

Mr Foote started working as a general manager for Mr Lui in 2014, and said the business was "very poorly run".

"Not long after I started, I could see everything was on the back of a cocktail napkin," Mr Foote told ABC's 7.30.

"The outward perception of the business was strength, a lot of turnover and a lot of opportunity, but inwardly it was chaotic."

By 2017, Mr Lui was millions of dollars in debt to Australian agriculture companies and unable to pay for their products. He came up with a plan with a friend in Shanghai, who ran Chinese aged-care start-up Haiquan.

Mr Lui wanted the deal to have government support, to make the proposal appear legitimate and asked Mr Maguire to arrange an official signing ceremony at NSW Parliament House.

A number of Coalition and state government figures attended the event, including Nationals MP for Tamworth, Kevin Anderson.

A spokesman for Mr Anderson said the MP complied with all parliamentary guidelines and necessary disclosures. There is no suggestion he knew of any impropriety by Haiquan or UWE.

The signing had the desired effect - video footage at a conference, shows a Haiquan spokesperson telling hundreds of investors "almost no company can sign a contract in the NSW Parliament building, representing the Australian government's high regard for our project".

More than 900 retirees invested $46 million in the ponzi scheme, however victims believe the true figure is up to three times higher.

Several of the victims were left without money to pay for healthcare, ABC reports, and several have died since the scam was discovered, while others have lost their homes.

In 2018, 16 Haiquan staff were arrested and charged with fraud in China, but some of the front men remain free.

Mr Liu has declared himself bankrupt with more than $15m in debt to various agricultural companies, with UWE entering into administration this year, meaning most creditors are unlikely to ever see their money.

Corporate regulator ASIC said it is not taking action against UWE and the Australian Tax Office could not confirm if it was investigating due to confidentiality obligations.