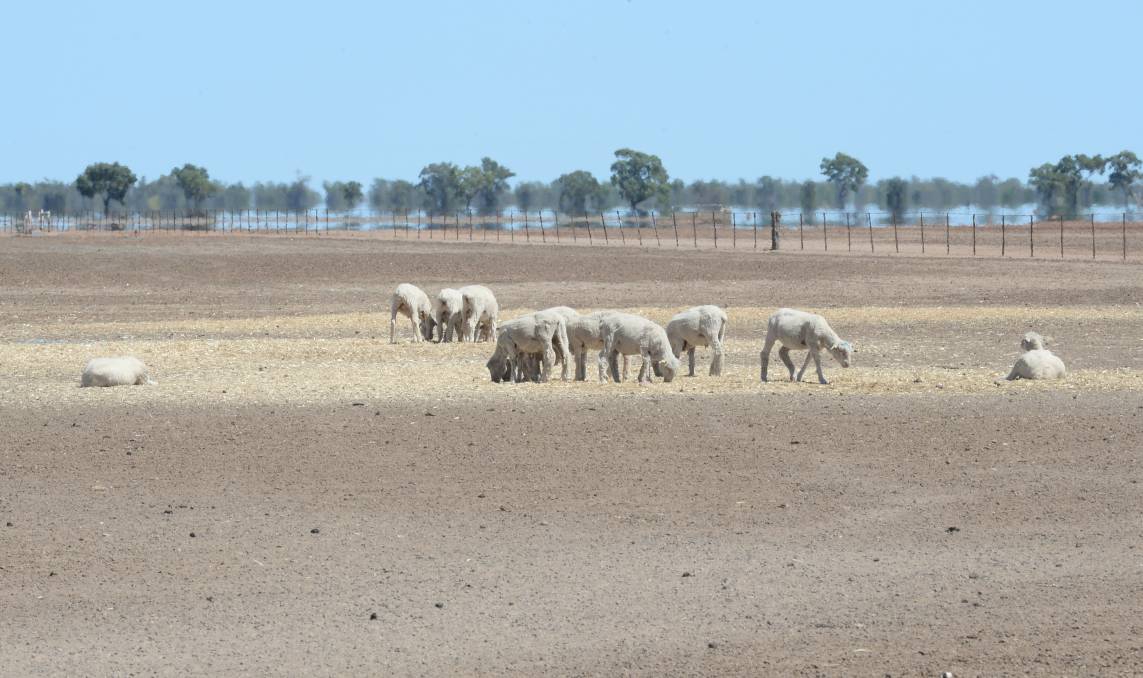 Depending on where you farm, your profitability could fall by anywhere between 2pc and 50pc because of climate change, but farmers are adapting to the challenge

Bigger farming aggregations are weathering our changing climate more productively and profitably, with grain growers, in particular, set to enjoy higher returns to help them cope with more frequent droughts.

Modelling by the Australian Bureau of Agricultural and Resource Economics and Sciences suggests average domestic prices for wheat, barley and sorghum will rise up to 24 per cent in the next 30 years, largely because of drought-induced grain shortages.

Those shortages, similar to the savagely depleted yields harvested in 2018 and 2019, will help buffer the adverse financial impact of changing weather trends on cropping enterprises, especially on larger holdings.

In fact, overall farm earnings have already taken a significant hit from changing seasonal conditions according to ABARES's latest Insights report - a $29,200 fall in average annual farm profits in the past two decades.

That's effectively a decline in average profitability by almost a quarter, despite total Australian broadacre farm productivity actually rising 28 per cent in the past 30 years.

Since 2000 the risk of "very low" farm returns because of climate variability has doubled when compared against seasonal risks to earnings between 1950 and 2000, says ABARES.

A 20pc decline in winter rainfall in southern Western Australia since 1970 and a 12pc fall in south eastern Australia's April to October rain recordings since 2000 have been accompanied by a 1.4 degree rise in the continent's average temperatures in the past century, putting farm cash flow at greater risk.

The good news is farmers have made some remarkable progress in adapting to these hotter and drier conditions. - Dr Jared Greenville, ABARES

"Seasonal conditions in the past 20 years have been pretty rough for Australian farmers," said executive director Dr Jared Greenville.

"Lower average rainfall and higher temperatures have had negative impacts on farm productivity and profit, reducing farm profits by an average of 23pc.

"However, the good news is farmers have made some remarkable progress in adapting to these hotter and drier conditions."

Even after accounting for the impact of harsher climate events on farm output, he said productivity growth had jumped a whopping 70pc for the cropping sector.

"New technologies and moisture conservation practices mean farmers are growing crops under lower rainfall conditions than they could in the past," Dr Greenville said.

Yield increases from wheat in dry conditions have actually been more than double the increases in more reliable seasons during the past 14 years.

ABARES' study also noted croppers were shifting into higher, more consistent rainfall zones, while sheep production was regaining momentum on inland paddocks where grain farming had been prominent for a long time after the 1990s wool market collapse.

The study considered a range of climate scenarios leading up to 2050 and simulated potential effects on farmers given current technology developments and price trends.

Among the regions and sectors under the most pressure to adapt to future climate change were WA croppers, particularly in the north, whose winter rainfall results were tipped to keep sliding more than the eastern grain belt, and parts of western NSW and central Queensland which were already considered more "marginal" livestock and cropping regions.

In general, livestock producer profits were likely to be slightly lower because of less rainfall reliability, but beef and sheep producers also faced greater productivity pressures from rising temperatures.

One ABARES model predicted average winter rainfall declines of between 3pc and 20pc by 2050 compared with the last half of last century, while a more aggressive translation of meteorology and CSIRO data tipped average declines of 30pc.

Further adaptation is required to maintain our competitiveness, particularly if other nations are not impacted (by weather) to the same extent - Dr Jared Greenville, ABARES

Dr Greenville conceded uncertainty over future rainfall levels meant there was still a lot of variation in projected outcomes.

This uncertainty about rainfall trends would itself constrain farmer's ability to adapt to climate change.

However, ABARES' report said if Australian agriculture could maintain its long historical productivity trend line the gains would be sufficient to prevent any broadacre farm productivity decline by 2050, "even under the most severe climate projections".

"Farmers have made significant progress to date, but further adaptation is required to maintain our competitiveness, particularly if other nations are not impacted (by weather) to the same extent," Dr Greenville said.

While our productivity gains may offset climate impacts, weather trend variations could still hurt the global competitiveness of Australian farmers relative to our agricultural export rivals.

Where productivity growth was insufficient, more transformative change in land use activities such as carbon abatement, renewable energy generation and biodiversity conservation may become environmental and income priorities for farmers.

Investment in on-farm and off-farm grain storage, and even grain import infrastructure, to limit the severity of grain shortages was also likely.

Farmers for Climate Action chief executive officer Fiona Davis said ABARES had noted even if global carbon emissions peaked by 2040, farm profits could fall by as much as 32pc, with severe impacts likely in Queensland and parts of western NSW - regions already grappling with challenging conditions.

"There's no time to waste," she said.

"The federal government must fully commit to a net zero emissions target and a plan to get us there as soon as possible, or risk the future of our food and fibre industries."