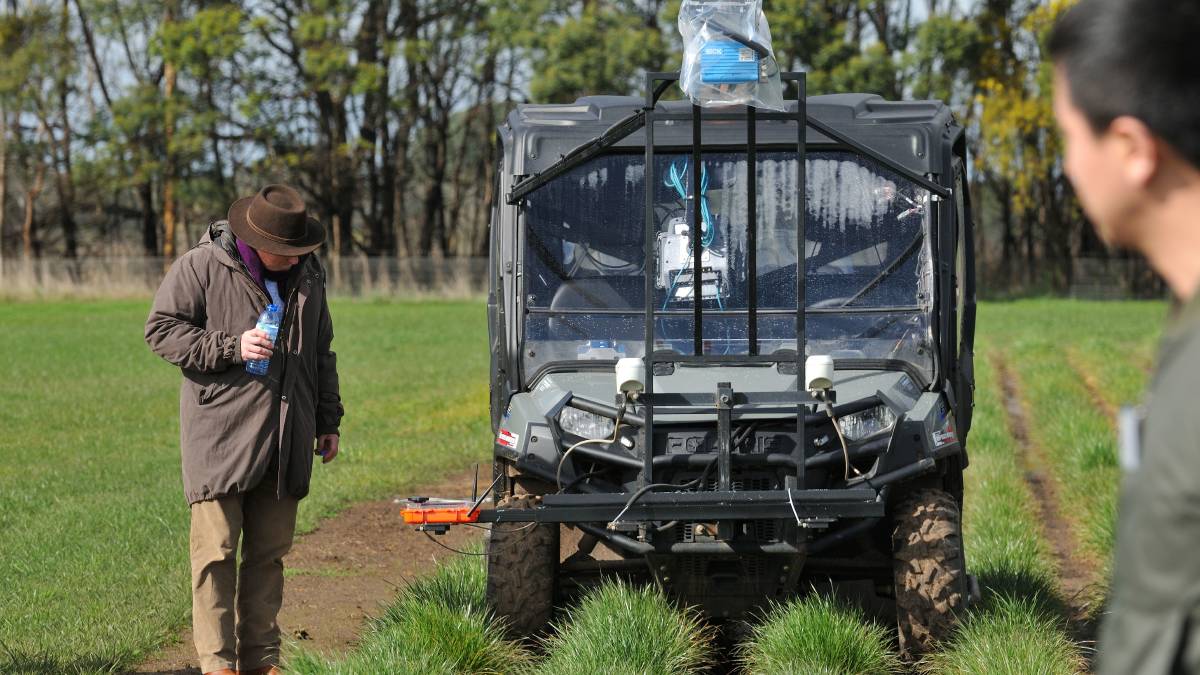 DairyBio is helping boosts profits on Australian dairy farms with programs to improve animals and pastures.

A farmer might not see the DairyBio logo on anything on their farm, but the bioscience it's delivered has been helping boost their profitability.

In the past five years, that biological science has been delivered to the farm through commercial partners DataGene and Barenbrug.

The two other joint venture partners, Agriculture Victoria and Gardiner Foundation, along with the Federal government and commercial partners invest the remainder of the funds required to perform this innovative research.

"All the partners are committed to ensuring the dairy industry thrives, and agree that the best way to do that is to invest in long-term, highly innovative research that has made and will continue to make a transformational difference on farm," Dairy Australia's director of major innovation and co-director of DairyBio Kevin Argyle said.

"The profitability and productivity improvements that DairyBio has delivered in genomics and traits and is planning on delivering through both the animal and forage programs would just not happen without this investment."

"Put simply: farmers need fertile and healthy cows that eat a lot to produce a lot of milk without wasting energy, and that is the purpose of the research that the DairyBio animal program does," she said.

"For example, the Feed Saved Australian Breeding Value (ABV) we delivered was the world's first of its kind and the importance of it has probably been a bit understated, as it helps achieve the primary goal of profitability improvement - more outputs per unit of feed."

Dairy cow genetic improvement has been a key focus of the animal program and partner DataGene, and this has driven genetic gain on farm.

"If you look at the Australian dairy cow genetic gain graph, you can see just what the investments in DairyBio animal and DataGene have delivered in value on farm," Professor Pryce said. "Since the application of genomics to dairy cows there has been an acceleration in genetic gain which is directly correlated to how productive and profitable your cows are." 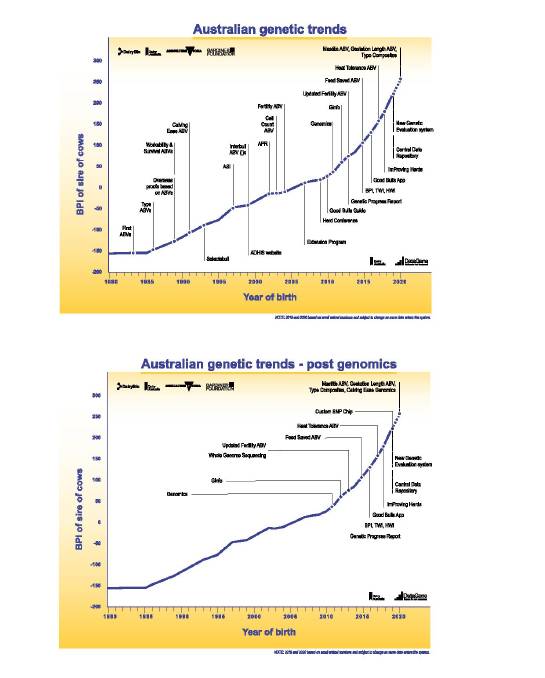 While the new ABVs delivered during the DairyBio program - which include the world's first heat tolerance, clinical mastitis, gestation length, calving ease, mammary system, rump composite, and type composites, and the improved feed saved - may sound familiar, a lot of DairyBio's work is in improving the technology and methods that are the science behind the ABVs.

Through an international collaboration that DairyBio leads, it has genomically sequenced more than 7000 bulls and created a new SNP chip that will increase the reliability of existing ABVs. At the same time DairyBio has invested in genotyping cows in the Ginfo population. "The increased size of the reference population (through Ginfo) means that we are able to improve genomic predictions of many of the traits DataGene evaluates," Professor Pryce said.

"Understanding the relationships between genetic markers and traits in a better way has enabled genomic prediction to be applied to numerically smaller breeds such as Aussie Reds and even more complex predictions, such as crossbreds."

DairyBio animal has also developed tools to use on-farm including using mid infrared (MIR) to scan milk samples for the prediction of fertility and further developments are in the pipeline, such as prediction tools for health status. The MIR fertility tool has recently been part of an on-farm test orchestrated by DataGene, Dairy Australia and herd test organisations. The results show that this technology may be useful to prioritise the use of sexed semen (to more fertile cows) and beef semen (to less fertile cows) to improve profitability.

While animal genetic gain has been driving profitability improvements on farm, perennial ryegrass - which is the biggest source of feed for milk production in Australia - has historically had an average genetic gain of only 0.57pc per year. This lack of improvement has had a negative influence on the performance of our biggest feedbase.

"We started the journey to deliver a 20-40pc yield increase through the F1 hybrid program. In 2016 the technology transferred from a hypothetical to reality and in 2018 the first F1 hybrid experimental varieties were created and trialled in Australia and New Zealand by DairyBio as well as the commercial partner Barenbrug.

"The work has validated the 20-40pc yield gains anticipated and the project has transitioned into redeveloping the seed production to enable the successful delivery of the technology to the market to create enough seed to sell to farmers. That is only the start though, the technology that went into creating this highly productive forage can now be turned to other ryegrasses and species to drive much needed improvement in them."

The forage program has been busy applying innovation to forage breeding that has already been successfully applied to animals, as well as developing others. Such innovation includes the genomic sequencing of forages to reliably predict plants yield performance and how to create new cultivars.

Mr Argyle said these developments were radically transforming how new cultivars were being created.

"What we are starting to see is the technology developed and refined by DairyBio being used by the seed breeding industry to drive the much-needed improvements in forage," he said. "A great example of this is the DairyBioMass tool, which is being used by seed breeders to test yield and nutritive quality and determine the best plants from which to create new cultivars to grow on farm. It is a fantastic tool that is non-destructive and relies on far less intervention."

Dr Cogan said now that they had developed the technology to create the F1 hybrids, they could use that to drive improvement in forages far faster than previously. "Increasing the yield, persistence and nutritive value of other key dairy forages is not far away," he said.

"Our work on endophytes and microbiomes, which are directly related to persistence and quality of forage, is on-going. For example, we have isolated a novel endophyte that will soon be available in new cultivars to purchase."

Mr Argyle said: "We have seen, and will continue to see, the value of the DairyBio investment on improving profitability and productivity improvement on farm. We are working together with DataGene and Barenbrug to get the products resulting from this research into the hands of farmers as quickly as we can."