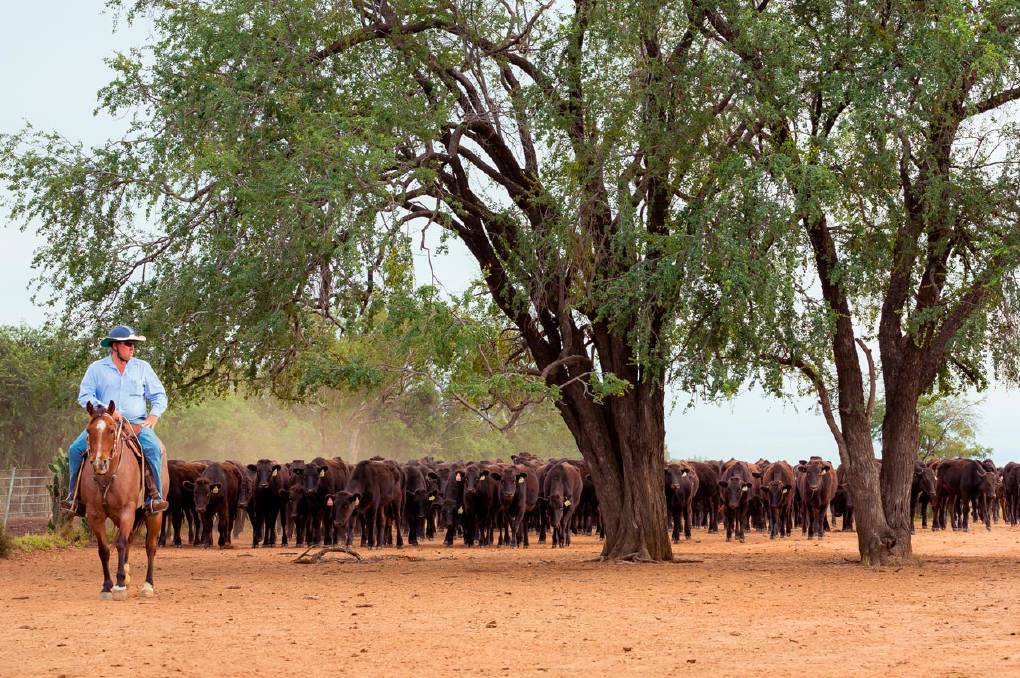 The company needed to buy in supplementary cattle to boost its herd strength and provide the beef supplies its markets required.

The meat shortage, tipped to get worse, means many AACo domestic retailers have been sacrificed in favour of offshore markets.

"This comes off the back of multiple challenging years, which impacted our calving rates over multiple years, impacting our mature animal numbers and meat production volume in 2020-21," he said.

He said pasture response during the recent in the Queensland and Northern Territory Gulf Country wet season was limited.

Back in February 2019, with dry conditions already caning several of its northern Australian stations, AACo lost 43,000 cattle and fences, roads and infrastructure after 500 millimetres of rain and cold windy conditions swept across four of its 21 properties, inundating 800,000ha.

AACo, which runs about 340,000 cattle, has some of its biggest pastoral holdings in North West Queensland and on the NT border.

Mr Killen said tough seasons and low calving rates since 2018 had limited the number of mature first cross Wagyu cattle in the company's herd life cycle, which averages about 3.5 years.

This reduced meat volumes available for sale into markets already significantly disrupted by the coronavirus pandemic.

He warned of even lower meat supply volumes in 2021-22, noting it would take several years for the herd rebuild to flow through.

Meanwhile, COVID-19's shutdown of AACo's premium paying fine dining restaurant market worldwide, and most painfully in the Middle East, has been compounded by concerns about beef sales to China, which has been at the centre of "geopolitical uncertainty" for the company and other meat exporters for the past year.

Yet, while sales of the exclusive Wylarah Wagyu brand were "heavily impacted" by the pandemic, Mr Killen said the overall price per kilogram for the reduced quantities of all AACo beef sold last financial year actually lifted eight per cent.

New retail and online sales channels, and the new chef-to-home fine dining market, had developed as valuable alternatives to the foodservice sector constraints.

This was particularly evident in North America, where sale values per kilogram jumped 14 per cent.

The company had subsequently redirected quality product away from China to service its lucrative US and Canadian market where its Westholme Wagyu brand is a prominent seller.

While new bilateral trade agreements with some countries had great potential, including the new free trade deal with Britain, "trade constraints in east Asia remain serious for many Australian industries, including our own".

AACo responded to its torpedoed China market by beefing up marketing activity for its Darling Downs brand in South Korea, achieving a 5pc rise in per kilo meat sales.

Together its Westholme and Darling Downs brands, which represent three quarters of AACo's beef sales, have achieved compounded price per kilo growth of 17pc in the past two years.

"We expect underlying demand to keep growing," he said.

The improved per kilo price of its meat, combined with operating costs blitz and JobKeeper subsidies worth about $6.7 million lifted last financial year's operating profit by almost $10m to $24.4m

However, the AGM was told there was no immediate plan for AACo to pay dividends to shareholders while the COVID pandemic was creating so much market uncertainty.

"We feel it's prudent under the circumstances to preserve cash and use all resources to invest in the company," Mr McGauchie said.

AACo has not paid shareholders a dividend since 2008.