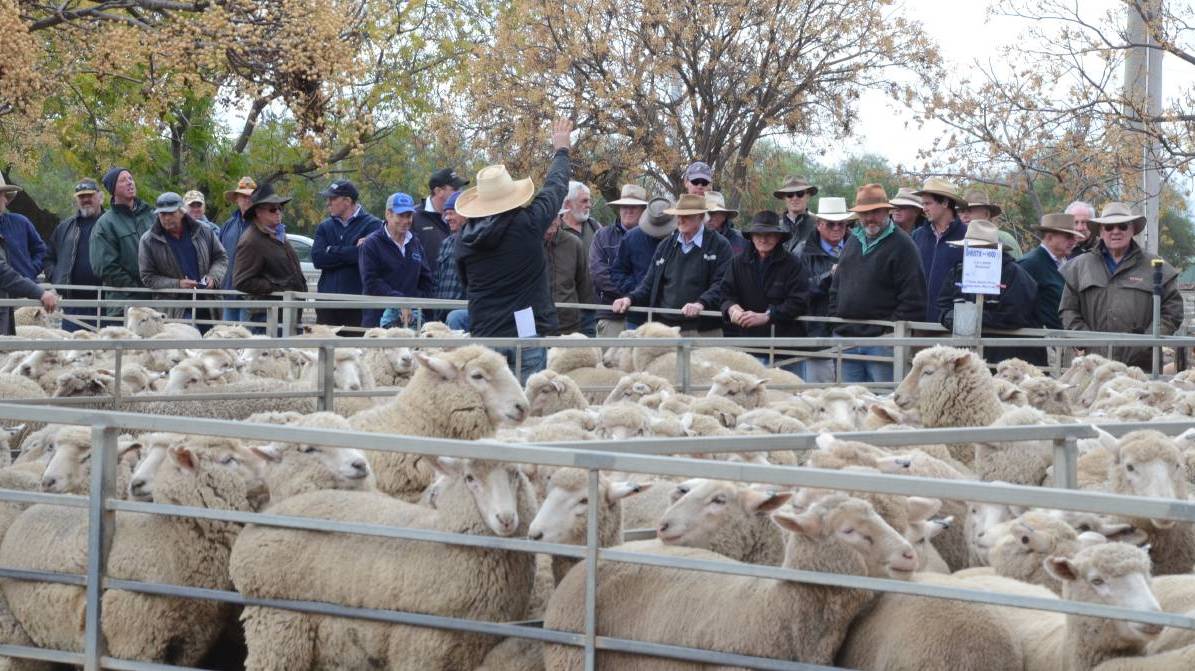 HITTING HARD: Border restirctions between Victoria and NSW are causing headaches as people try to inspect rams set to be sold.

How COVID-19 could take a toll on Victorian ram sales.

Border restrictions could hamper prospective buyers from crossing the Victorian-NSW border as the ram selling season starts to gear up, some industry figures fear.

As NSW grapples with growing numbers of coronavirus outbreaks, Victorians are still experiencing a range of restrictions as the southern state emerges from its latest lockdown.

The cancellation of the Australian Sheep and Wool Show at Bendigo and now the Royal Melbourne Show means many commercial and studstock operators have not yet had the chance to inspect stock ahead of the spring ram selling season.

Nutrien studstock auctioneer Peter Godbolt said these challenges had made it much more difficult for people to hit the highway and inspect stud animals.

"I don't think this will put people off buying them but I do believe buyers, especially those from studs, won't spend as much money if people can't see the rams in person," Mr Godbolt said.

"Studs will opt to buy trusted family lines from studs they know or might have purchased from before, but the question is whether we will see those extreme prices we saw on a regular basis last year."

Unlike 2020, this year presents a number of new challenges as interstate travel was largely permitted for agricultural purposes last year.

The success of the studstock season will ultimately hinge on the restrictions in place at the time of the sales, which will take place in the coming months.

"If you're from Victoria you can't go into New South Wales without having to quarantine for 14 days on return and people from the north cannot come into Victoria without a permit," Mr Godbolt said.

"People are heavily relying on sheep specialists or people who might have seen the rams before ... but the good thing is the commercial market is still very strong."

The pandemic has led to a significant number of studstock sales moving online, according to AuctionsPlus, which noted a 184 per cent online increase in stud sales in the last financial year.

"This year, unless something happens, it looks like our Victorian clients will be able to travel to the farm for the sale on September 27," Mr Crawford, who will offer about 65 rams, said.

"Selling stock online does slow the sale up a bit but it makes it fair for interstate buyers."

Mr Crawford said it was "sweating on" the Victorian State Merino Field Day going ahead on August 16, managed by the Marnoo Stud Breeders Association.

It will be there where the Victorian ram and ewe of the year, along with the pair of the year, will be judged.

"We really hope this day goes ahead so at the very least people will be able to view the rams prior to a lot of the sales starting," he said.