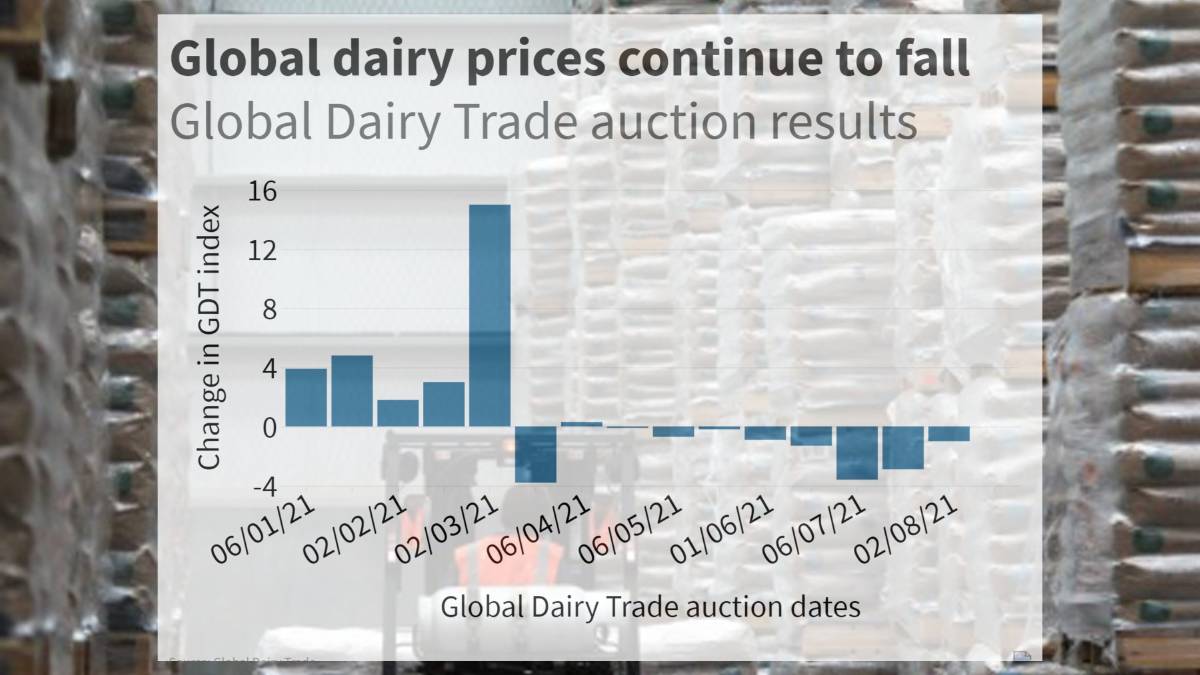 The GDT price index was down 1.0 per cent - the eighth consecutive fall.

But the key whole milk powder price is still 20pc higher than at the same time last year - $US3598 a tonne compared with $US3003/t.

WMP fell 3.8pc on Tuesday night; the biggest fall was in butter milk powder, down 8.0pc.

"The move lower in WMP is particularly notable given the ongoing reduction in volumes offered for sale on the platform," he said.

"Over the past two auctions, Fonterra has lowered WMP offer volumes by about 40,000t, reportedly in response to strong demand off-auction.

"The futures market had expected that tighter supply over the past fortnight would arrest the decline in prices, but that hasn't materialised."

Mr Keall said one theory was that the reduction was driven by a previously aggressive auction bidder having secured their supply in an off-auction deal.

But he warned there were consistently clear signs dairy auction prices were correcting faster than many anticipated.

Mr Keall said the lack of information about prices Fonterra was achieving outside the auction were contributing to a high degree of uncertainty about forecast NZ farmgate prices for 2021/22.

Fonterra had retained a wide forecast range - providing no indication of these outside sales.

"The massive reduction in offer volumes does suggest there's a ring of truth to the co-op's comments about strong demand outside the platform, rather than just spin," Mr Keall said.

"Whatever the case, we emphasise that even a result towards the bottom end of Fonterra's range would represent a strong season for farmers."