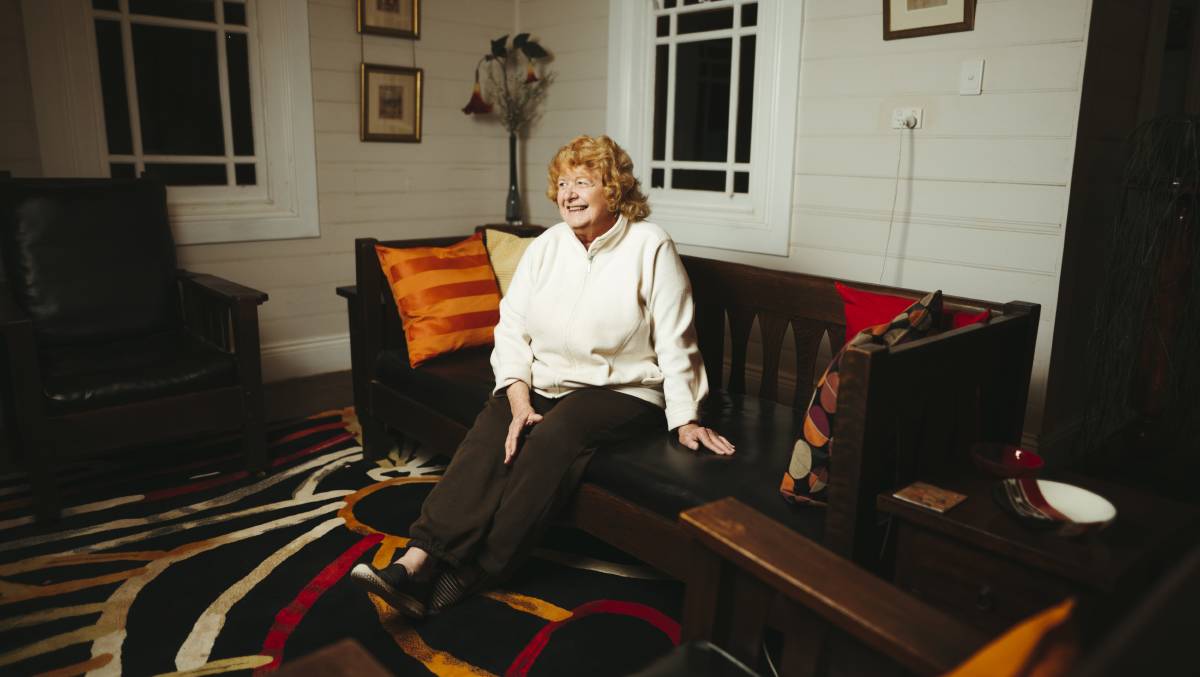 She helped develop the cochlear implant, restored a Victorian post office and did a 3500km mail run.

A glint flashes across Gaye Nicholls' eyes as she mentions buried treasure. She's talking about the rare 1900 American Craftsman furniture she unearthed at a clearance sale.

She paid a mere $300 for the heavy timber and leather settee, grandfather and grandmother chairs she estimates are worth many thousands of dollars.

These treasures were quite literally unearthed - they were for sale in an underground home, or dugout, for which the far western NSW opal mining town of White Cliffs is famous.

She only discovered the value of her find during a trip to Chicago to visit her daughter who was studying there.

"We were walking around this massive institute when I came across a corner that had a two-seater of this furniture, and one chair. 'That's my furniture!' We did an internet search, and my daughter found an auction site and the last one that had gone with a two-seater was $79,000. Extraordinary little treasure. I found a treasure," she says. 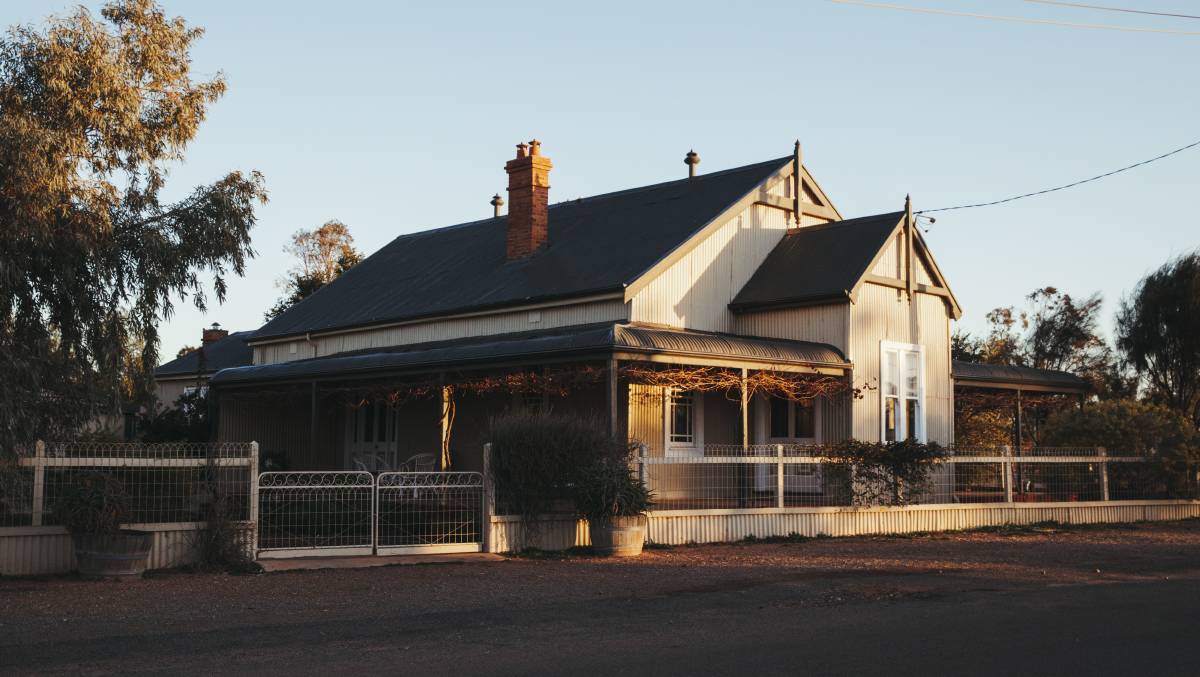 The irony of finding treasure of a different nature in a place where fortunes, and the lives of loves, have been won and lost in the hunt for opals is not lost on this 74-year-old, whose life story is as vivid and dramatic as the outback she has made her home.

A fiercely intelligent child who grew up in Sutherland Shire south of Sydney, she was accelerated through school but had to wait a year before she was accepted into university. Her studies led her into science and eventually the Australian research team which developed the cochlear implant.

She stifles a sob at the memory of then six-year-old congenitally deaf Pia Jeffrey hearing for the first time when her cochlear implant was turned on in 1987.

"It was incredible. That was the most mind-blowing thing you can imagine." 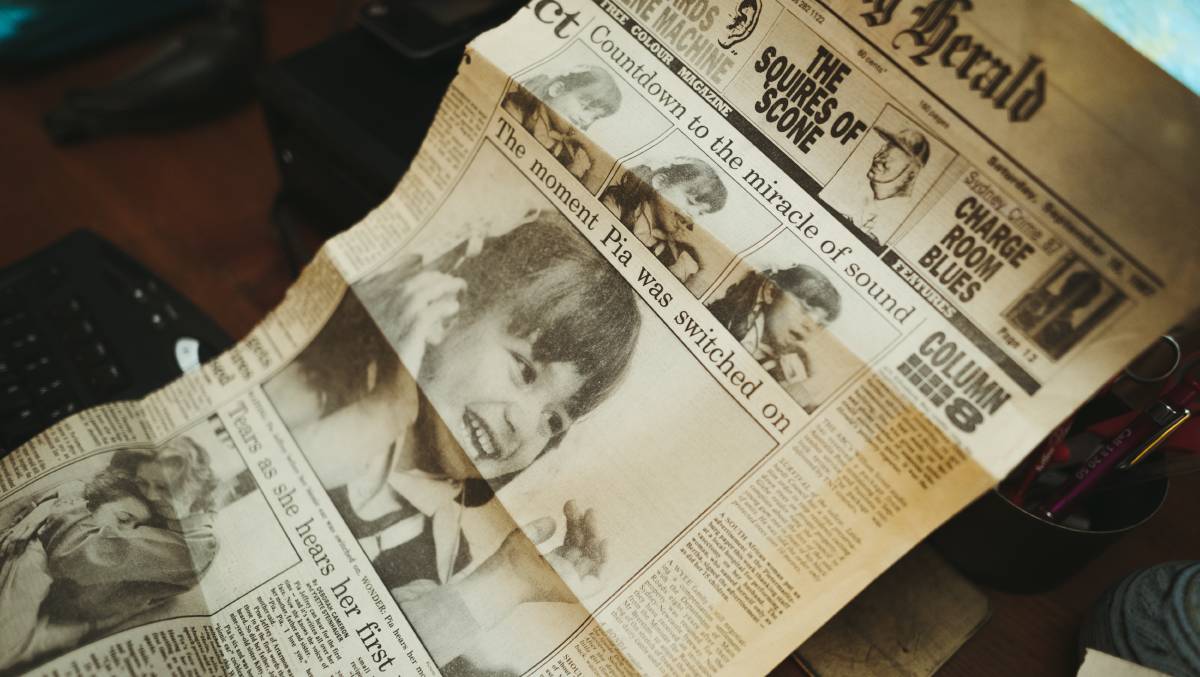 An old newspaper clipping at Dr Gaye Nicholls' home of the moment Pia Jeffrey could hear for the first time after receiving the cochlear implant. Picture: Dion Georgopoulos

As remarkable as that achievement was, it's almost eclipsed by Gaye's life in "retirement". In 2007, she bought the lease on the old White Cliffs Post Office, a photo of which she chanced upon in a Broken Hill real estate advertisement. A few years later she took on the "local" mail run, a huge circuit through the far reaches of western NSW many grizzled men of the outback would baulk at.

"There was a lot of guys here who wouldn't take it on. I thought, 'Yeah, I think I can do this.' And here I am this dodgy old lady tripping out there five days a week, 3500km a week." 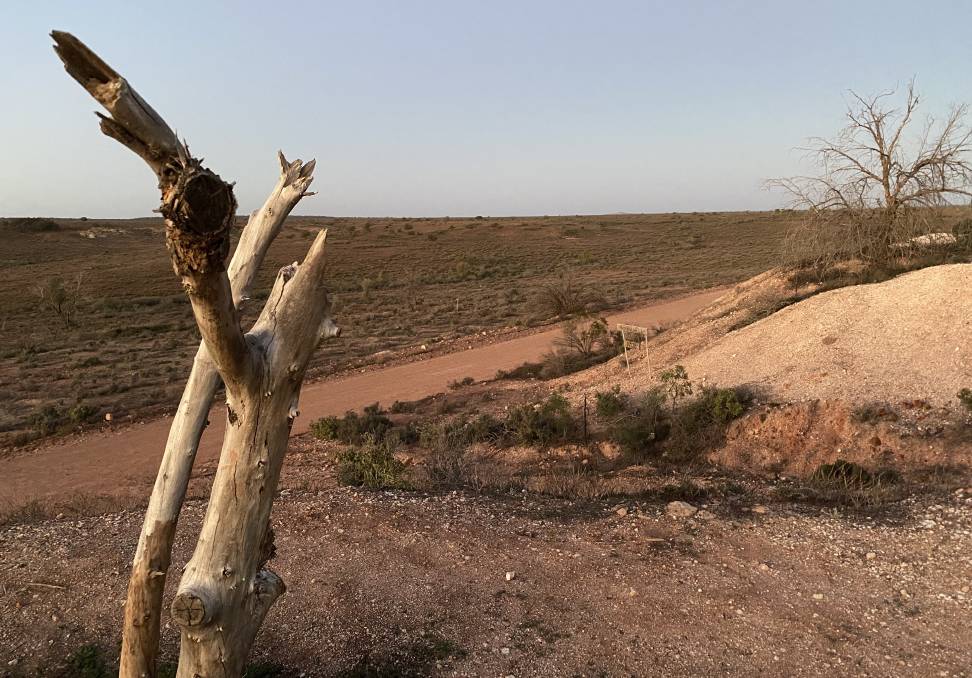 The job had its fair share of peril, "going in and out of creek beds, and getting bogged and having to change wheels and all those things that happen when you're out there".

Gaye recalls a particularly harrowing moment in 45-degree heat when the drive shaft of her vehicle became entangled in fencing wire. She sent out an SOS but crawled under the vehicle on scorching hot ground and managed to cut herself free before a helicopter was dispatched from Broken Hill.

There was a safety net because the remote stations and settlements on her run knew her route and timetable. If she was late, they'd employ the bush telegraph to see she was safe.

"If ever I was stuck, say, fixing a tire or something like that, they'd be on the phone saying, 'Have you seen Gaye? Where is she? She must be between you and me.' There was this massive network out there of care. Isn't that lovely?" 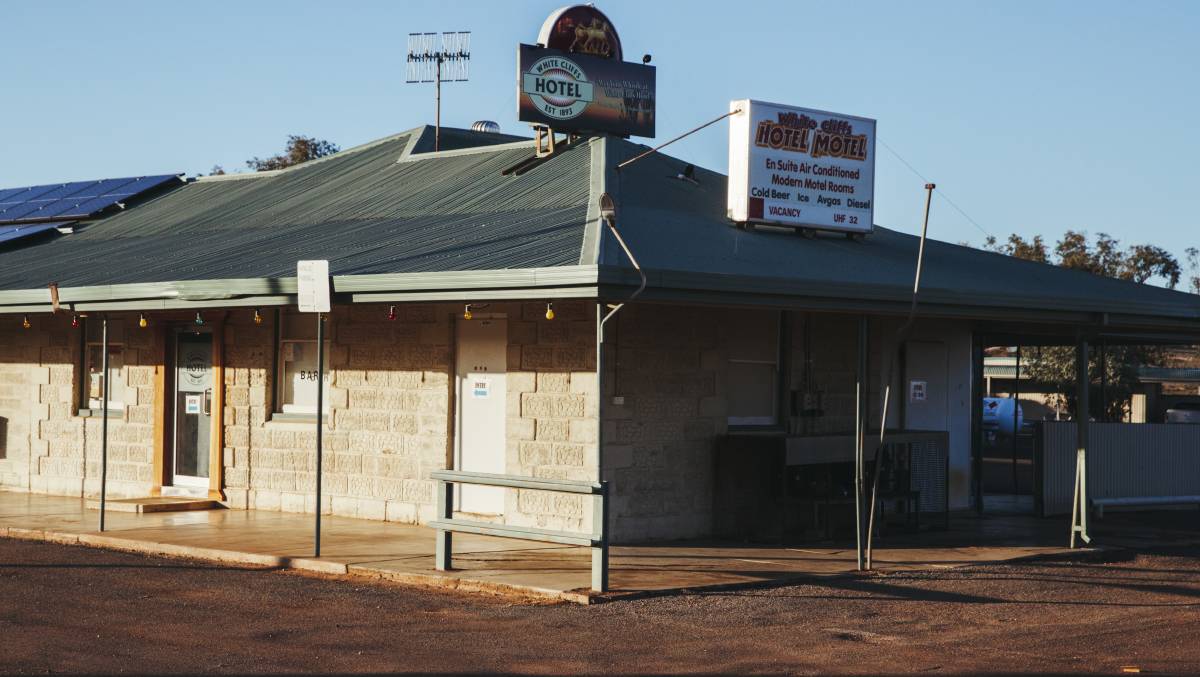 Despite the hardship, the danger and the solitude, relieved by listening to podcasts, she revelled in the job.

"It was always a journey of the mind and the heart," she says.

She talks passionately about the beauty of the outback, its scale, timelessness and ever changing colours.

"Time and space hit you in a different way - the space and the freedom going out there into sort of this endless space and then seeing it and all of the changes, when there are spring flowers and when it's in drought and when it's in rain. I've become very connected to the space, the place and to the freedom. You're not constrained by time. You're not sitting in traffic getting to places. There's much more time."

Gaye has used much of her time restoring the old post office, a Victorian gem that glitters in the stark White Cliffs streetscape. It reflects a personality not only steeped in art and heritage but one always up for challenge. One of the attractions of White Cliffs is the old solar array, now decommissioned. Picture: John Hanscombe

White Cliffs is a tough place, so hot in summer permanent residents have dug homes out of the hillsides. While it reaches 50 degrees in summer, underground abodes enjoy a constant and comfortable 22 degrees.

The sun is so intense here it was the site of Australia's first experimental solar power station.

When Gaye acquired the post office, she explains, it was covered in ugly add-ons - pieces of shade cloth, corrugated iron and concrete paving.

She's pulled all that down, replaced aluminium with lead-lit sash windows, had a pergola built and pulled up concrete and planted hedges and gardens. The rooms are furnished with period pieces but it's not a fussy time capsule. It feels lived in, loved and feminine - a standout in a rugged, masculine environment. She says she often strikes up conversations with travellers making their way from the caravan park across the road to the pub a block away, sometimes showing them through.

Gaye might have let go of the mail run but she has no intention of slowing down. Her next project is to write a book about her work on the cochlear implant project.

Her message for anyone stuck in a comfort zone?

"Go for the toughest challenges you can. If you're offered an honours degree, instead of a pass degree, go for it. Anything that's tougher than what you think you can do. You rise to the challenge that tests you. If you think something's going to be hard, do it. Go for the harder thing."

The story Outback postie Gaye's glittering jewel in the desert first appeared on The Canberra Times.