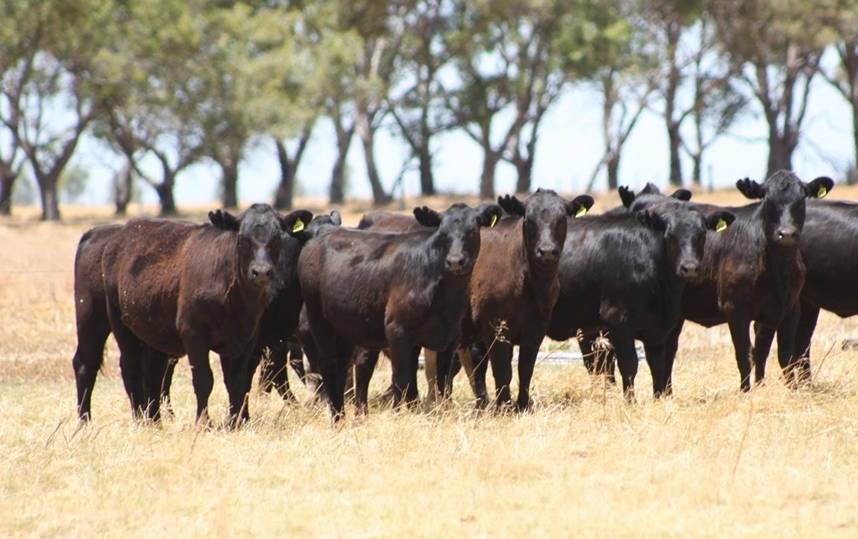 PTIC heifer online story phenomenal and it's being mirrored at saleyards

IN-CALF heifers are fast becoming worth their weight in gold but it's not just producers looking to rebuild as fast as possible who are fuelling the fervour in this category.

Agents and analysts say the general widespread stronger trading element present in the cattle market today has contributed to phenomenal demand for heifers.

Traditional steer traders have also had to pivot to keep operating in a world where lotfeeders are near impossible to keep pace with.

Many have seen value in investing in the management and infrastructure required to calve down, and that added buyer competition has contributed to making pregnancy-tested-in-calf heifers extremely hot property.

In the south, Elders agents report predominantly Angus PTIC heifers are now fetching up to $3900 and in the north, PTIC heifers with Bos Indicus content are typically selling for upwards of $3000.

Online, the PTIC story has been phenomenal. Top seller PTIC heifers in the past financial year, joined to Angus, Wagyu and Simmental bulls, barrelled over the $4000 mark.

AuctionsPlus chief market analyst Tim McRae reported in the 2020/21 financial year there were 99,993 head of PTIC heifers offered - an increase of 190 per cent on the previous year.

"This established PTIC heifers as the largest single category offered through Australia's largest cattle market during the past financial year," he said.

Andrew Wilkie, Objective Livestock Marketing at Goondiwindi, said there was now a far more dynamic trading element than in days gone by, with people looking every day to make cattle trades.

The huge number of PTIC heifers on AuctionsPlus was an example of that, he said.

While pregnant heifers have certainly been traded before, there is now far more room to do it and a plethora of forces at play making it an attractive option, agents said.

Meat & Livestock Australia analyst Stuart Bull said that PTIC online trend had been mirrored in saleyards around the country.

Elders southern livestock manager Matt Tinkler said the strength of feedlot buying, on the back of global demand for grain-fed beef, had made it harder and harder for producers and traders to compete for feeder steers around the rails.

"So they've had to look at other options in order to best utilise the grass they have, or they know is coming," he said.

"At the end of the day, everything is driven by supply and demand and we have a case of huge demand and a lack of supply. Female numbers are low right across the country.

"With PTIC heifers, the thinking is if the market does turn pear-shaped, we can continue down the breeding track but if it stays strong they'll be a good trade option."

Mr Tinkler said traders were accepting the additional work, and infrastructure, involved in the category and were investing in calving management.

"There's also an element of risk, if calves are lost," he said.

"But there has been the profitability to offset those additional aspects.

"PTIC heifers bought in January for $2400 are now worth $4000 with a calf at foot. There's more money in that trade than buying steers and growing them out."

With all signs pointing to restocker steers being in very short supply come spring, given how many producers have opted to take the cash and market earlier, the PTIC trade is only likely to expand, agents believe.

"Good heavy-weight cows are making up to $4/kg live weight as well, so if you are a breeder who has sold out an old cow, you have good money in your pocket to reinvest," Mr Tinkler said.

Meanwhile, the massive averages and huge clearances at bull sales was reflecting the commercial producer's desire to rebuild - and confidence in the future of the cattle game - and further driving demand for breeding females, agents said.