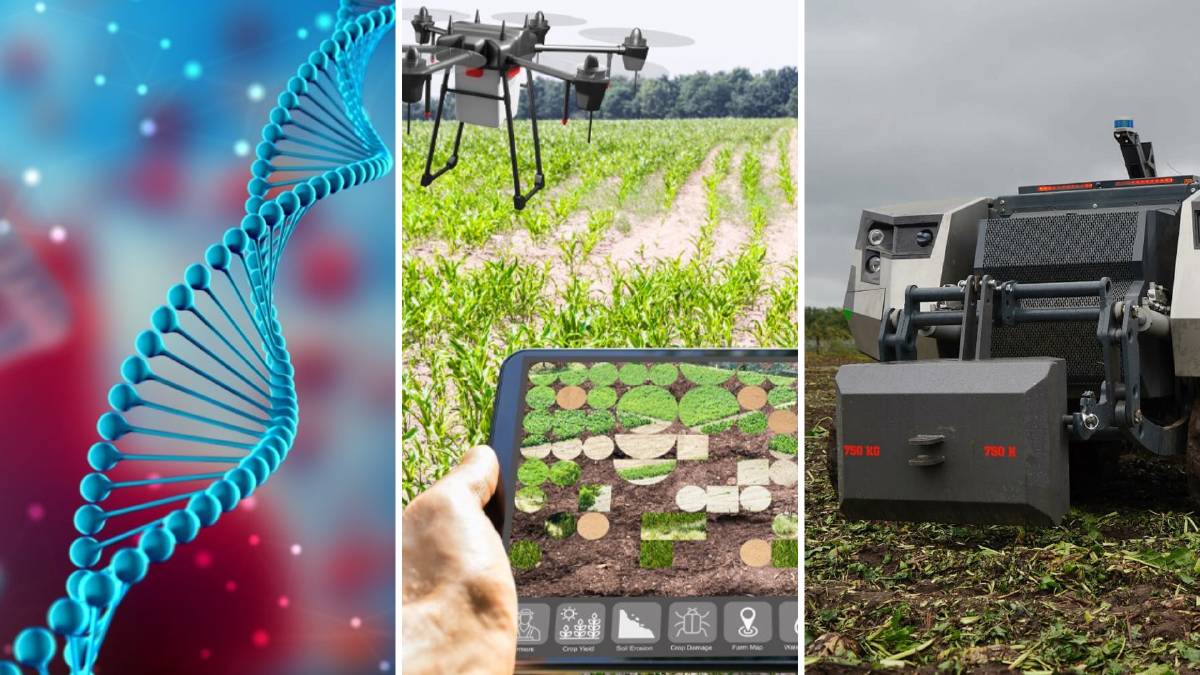 What do you think the next ground-break technology will be for agriculture?

THE agriculture sector sees autonomous vehicles, gene technology, and artificial intelligence as the most promising technologies of the future, a federal government new report has revealed.

The government consulted widely with the industry and ag stakeholders about what technologies they thought would have the impactful.

AI, autonomous vehicles and gene tech were the three most commonly raised, while blockchain traceability, sensors, the Internet of Things, digitalisation, robotics and remote monitoring were highly thought of.

"Many stakeholders commented that the uptake of critical technologies can offer great benefits to Australia's economic outputs, resilience and job security within the agriculture sector, and food security more generally," the report stated.

Autonomous farm vehicles have become more commonplace and accessible over recent years, with machines becoming increasingly complex, ranging from tractors and harvesters to planters and sprayers.

Artificial intelligence is being used to collect and process massive amounts of data, allowing farmers or automated systems to make better informed decisions.

Gene technology has been widely used in the crop sector for decades, making species more resilient to certain presidents or harsher conditions.

But CSIRO team leader of genome engineering for biosecurity, Dr Mark Tizard, said the same technology was almost non-existent in livestock, where there were huge opportunities.

"We're looking to improve things that are important to the industry and the consumer. We can save the industry money and improve the welfare of animals.

"It makes a tangible difference to the public, who would be happy to know these animals are living healthier lives."

There are overseas trials attempting to remove a tiny piece of surface area from a cell receptor in pigs, which the PRRS virus uses to latch onto.

"It basically blocks the virus from sticking and infecting pigs," Dr Tizard said.

There's also research looking into transplanting a gene segment from warthogs into pigs, to stop them from having a fatal response to African swine flu.

"Warthogs don't have the same response to the disease, when they get it, it's like a common cold and once they shake it they're fine," Dr Tizard said.

"Changing that one gene gives pigs resilience - not resistance - to AFS."

Despite the industry leading the way in innovation, the data from the report suggested the ag sector was "relatively slow" with the uptake of new technologies.

One of the biggest barriers to the sector picking up new technologies was the cost of technology versus the benefit of its application.

However, the report found Aussie farmers were willing to take up technology quickly when there is a clear cost-benefit and if it solved a known problem.

Meat & Livestock Australia recognised it's difficult for farmers to assess if the cost of a new technology is worth it, and is in the process of creating a cost-benefit tool for farmers.

MLA research, development and adoption general manager Michael Crowley said the tool was being fine tuned and would allow farmers to punch in their operation details and find out if a new technology - such as a subscription-based water monitoring system - was worth the capital.

"We've found the key is to be problem led, rather than solution led."

Another significant barrier is the slow commercialisation of new technologies within Australia, which "takes too long and is extremely difficult".

Lack of capital or support for companies to find markets, and complexity at the federal government level were common reasons for poor commercialisation rates.

Agriculture Minister David Littleproud has been vocal about improving the 'development' in 'research and development', and recently announced $34m in ag commercialisation grants.

"Taking the step from research to adoption is a challenge for agriculture," Mr Littleproud said.

"When we turn the research into adoption, we turn the 21st century smarts into increased productivity and money for our farmers."