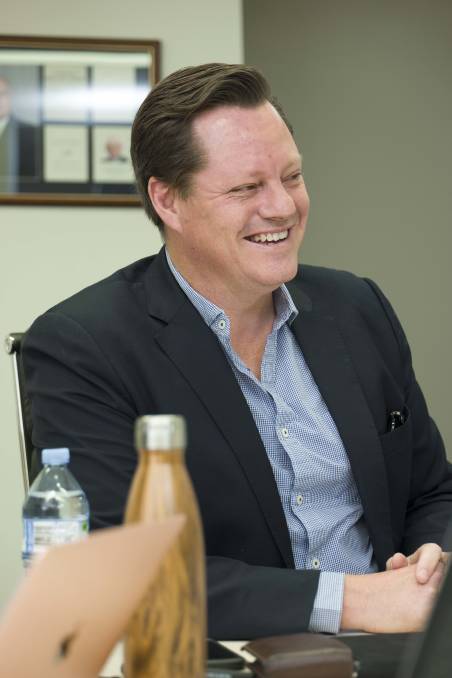 Shepparton-based fruit and vegetable processor SPC will be the first Australian company to introduce mandatory vaccinations for all its staff.

"It's difficult for us, as a national body, to put out an edict to say that we demand that all our members go to no-jab, no-job," Mr Hutchinson said.

"We would never do that, because there is limited access to the vaccine and ability to carry out vaccinations on site."

Its members range from companies with 50 to 3000 employees.

Mr Hutchinson said although meat processing had been granted priority for vaccinations, as it fell under the 1B classification, take-up had been very slow.

He said only a quarter of AMIC members had 60 per cent of their workers who'd received their first vaccination.

"Only 13pc of members have more than 60pc of their staff who are fully vaccinated," Mr Hutchinson said.

He said only 10 per cent of members had been able get onsite vaccination, 50pc had to send workers to hubs and another 25pc had advised staff to go to their own doctors.

"Do we encourage members to apply a no-jab, no job policy?" he said.

"We would, if we felt that all the other aspects that surround that policy are advantageous for our members - at the moment, they are not."

Mixed messaging from the federal government, with the Prime Minister Scott Morrison saying it was not a 'race", and the NSW government calling for as many vaccinations as quickly as possible, did not help.

Mr Hutchinson said there was also the question of where the vaccinations would be carried out.

"We have already seen some guys who have tried to put in an onsite hub and at the last minute, the vaccines were diverted to year 12 students," he said.

While that was understandable and acceptable, it added to the frustration AMIC members felt.

"The federal government, which oversees aged care, couldn't even demand mandatory vaccination for staff," he said.

"Our members are completely frustrated.

"They do want an opportunity to go to no-jab, no-job, but they also want someone to stand up and say meat processing facilities, smallgoods manufacturers and distribution centres are essential services."

The meat industry had led the country in regard to COVID safe plans, temperature testing and disinfection, "the whole box and dice".

"But that doesn't protect you, if the community is not being vaccinated," he said.

"But members are obviously frustrated, because they would like to see government recognise that and mandate vaccination in the food production sector."

Processors referred Stock & Land to AMIC or declined to comment.

"We continue to have a strong and direct working relationship with public heath bodies and government around our COVID practices to protect our workforce and business operations," a JBS spokesman said.

"On the mandatory vaccination I would refer you to AMIC as they are better placed to discuss industry issues."

A state government spokesperson said the vaccination program was the ticket out of the pandemic.

"It will save lives and it provides an extra line of defence for our most vulnerable," the spokesperson said.

"Any discussion around mandatory vaccination requires broad consultation and engagement in a national context and will be reliant on vaccine supply."