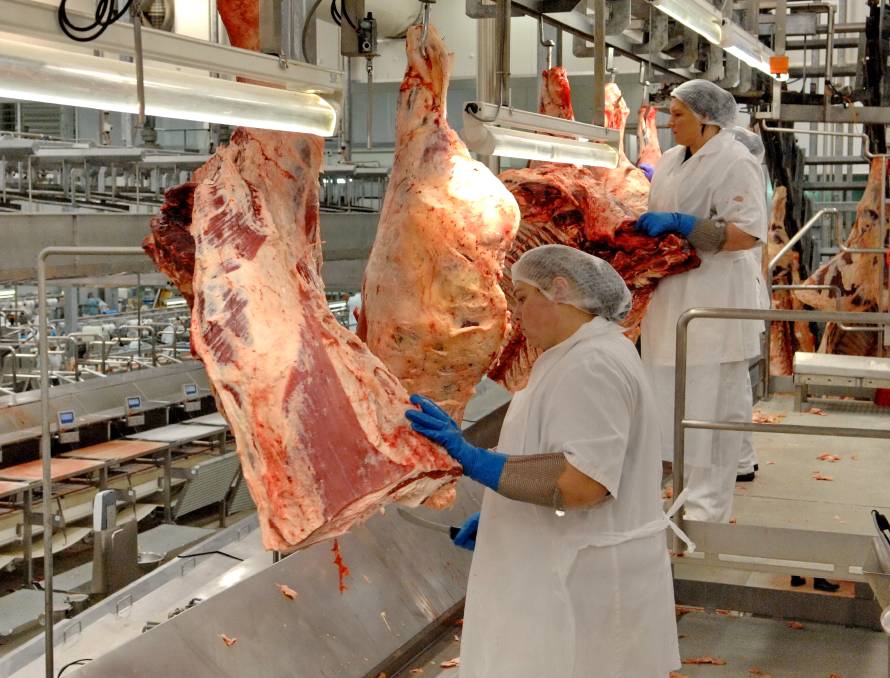 AFTER resolution of the cyber-attack issue in June which adversely affected JBS operations and resulted in a significant drop in Australian beef exports for that month, production returned to pre-interruption levels for the month of July.

With 22 working days in the month at current shift and throughput levels it was expected that exports would return to the level that was expected for June without the disruption that occurred.

That has proven to be the case with 81,171 tonnes exported to all destinations in July.

Seven months into the current year this is now only the second time that monthly volume has exceeded 80,000t.

The contrast with last year is stark where there were eight months in 2020 when monthly tonnage exceeded 80,000t with the highest at a little over 98,000t.

However on a cumulative basis for the seven months to July, the difference is 139,000t, a drop of 22pc.

Looking forward, it is a little difficult to see much change in the remaining months of this year.

According to processor contacts, supply at the moment is not quite as tight as they thought it might be at this point which is generally regarded as the hardest part of the year to source cattle.

But that is not to say there is any real upside on the horizon.

A recent trip into central Queensland revealed a very patchy season with some country still marginal for water.

North of Rockhampton and west of Marlborough looked to have come through a protracted dry spell with feed now at least green, albeit short. The situation appeared similar around Moura to Bauhinia.

Noticeably the cattle on offer at the moment were principally feeders.

Not surprisingly for this time of year anything that may have been a slaughter proposition off grass appears largely to have already gone, hence the August/September hiatus before the final-quarter run for the year.

Depending on how other regions in the state are shaping up and the extent to which the feeder market has taken cattle out of play will obviously govern how the final-quarter supply position off grass plays out.

Likewise in the southern states, there is the question of whether the exceptional run of season will translate into a spike in supply of grass-fed slaughter cattle in the remaining months of this year.

Supply at the moment is exceptionally tight and works are struggling to get four days.

Grass growth is starting to show with temperatures creeping up into the high teens and the hope is for some cattle by mid-October that would at least allow a return to five days.

But again with a low cattle-number base and a proportion attracted away as feeders, it may mean a subdued final-quarter in the south.

On that basis, expectation for 2021 will be for export volume nearer the bottom end of the scale.

MLA recently updated its projection from 918,000 to 935,000t based largely on expectation of an increase in carcase weight while extrapolation of current monthly tonnages with some extra allowance for final-quarter casts the figure toward 915,000-920,000t.

That was year three of the last significant herd rebuilding phase while 2021 is only one-and-a-half years into rebuild.

The inference is that if season allows herd rebuilding to continue beyond 2021, there might be a year or more of tight supply still to come.

Meanwhile the July export figures do show some interesting developments in both the higher-end and lean segments of the market.

The standout is Japan with a surge to 24,199t for the month.

This is the biggest month by far this year which previously at best was around 21,000t.

It is also more than 3000t up on the same month last year which has significantly improved the cumulative year-to-date comparison.

At the end of the first quarter, volume was down 27pc on last year.

By the half-year mark it was 19pc down and one month later it has now dropped to 14pc down.

If volume for the rest of this year holds at July level, the 2021 year will end at only 5pc behind last year.

That would be a remarkable achievement in view of the tightness of supply, the high cost of procurement and intense competition from the United States in the Japan market.

In similar fashion, Korea is also travelling along very well.

July volume was 14,006t which is holding trend for this year at virtually the same tonnage as 2020.

Australia also achieved its biggest month for the year in the US with 13,892t in July.

Three weeks ago Steiner claimed that US bid prices for imported lean beef had moved ahead of what other markets, including China, were offering.

The changes at this stage are relatively small but nevertheless significant.

This may be further indication as raised in this column two weeks ago that the ASF factor may be in decline and that a reset is under way in demand for beef in China.

PROCESSORS are continuing to work through the traditional hardest part of the year with just enough cattle to generally hold five days in Queensland and limit lost time in the south to one day.

News from Steiner in the US is domestic wholesale beef prices trending higher gaining 12pc since July 20. This in combination with limited availability of trim and drawdown of inventories in the past few weeks has resulted in higher prices for imported beef.