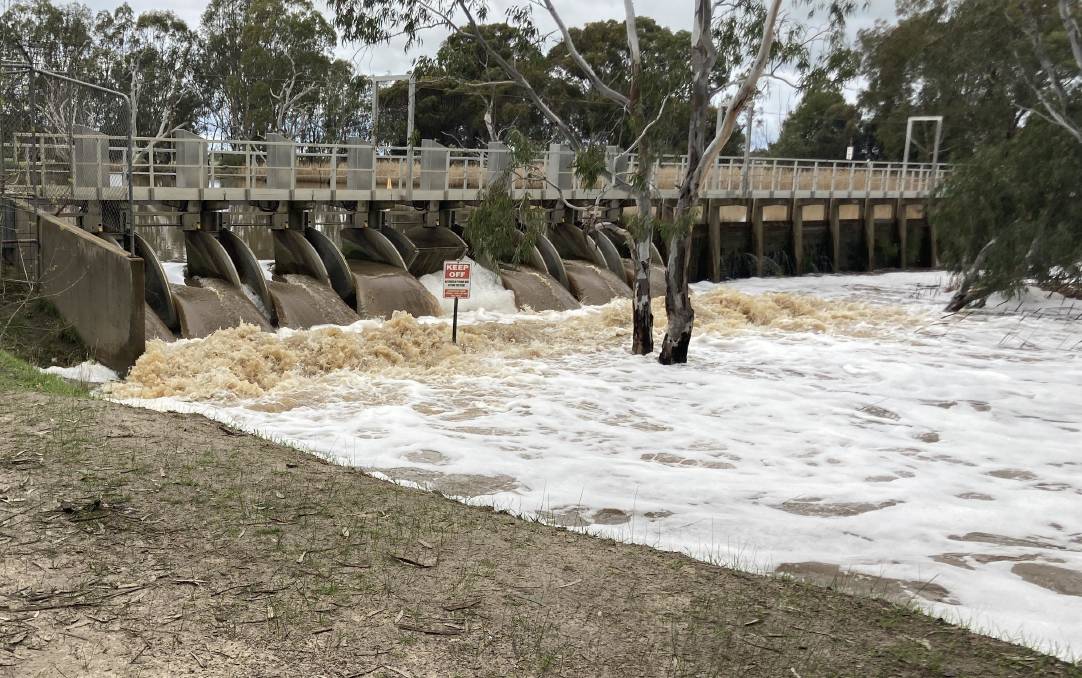 The Wimmera River was raging over the weir in Horsham on Saturday, with water making its way into Lake Hindmarsh at the end of the river system following healthy July rainfall.

Rivers and streams are running at levels not seen since 2016 through the Wimmera and Grampians after a wet July.

AFTER one of the driest autumns on record, the season has turned around in western Victoria, with strong inflows into regional reservoirs after heavy July rainfall.

Along with that, the Wimmera River is flowing at its highest levels since 2016, with water reaching Lake Hindmarsh, the river's terminal point, with local water officials saying the rain will greatly improve river system health.

Although the Wimmera has been in the midst of a golden run of cropping seasons in recent years the distribution of rainfall, while perfect for grain growing, has not led to sustained run-off.

This year there has been 80-100mm for July alone through the farming districts of the southern Wimmera and a whopping 358mm for Mt William, in the heart of the region's Grampians catchment, for July and August so far.

The Grampians Wimmera Mallee Water reservoir system currently sits at 37.5 per cent of capacity, with 13,500 megalitres, or 2.3pc of total capacity, running into storages in the past week.

In a rarity for the dry region a reservoir is now spilling, the small Moora Moora reservoir on the Upper Glenelg River, however the next reservoir down the river, the large Rocklands Dam, is still at only 28pc of capacity.

Although the region has converted from dams to piped water via the Wimmera Mallee pipeline there have also been a number of farm dams filling from local run-off.

A drying week has meant farmers are now back on paddocks, however 5-10mm is forecast tomorrow, which will keep the catchments wet, with potentially two more months of good run off.