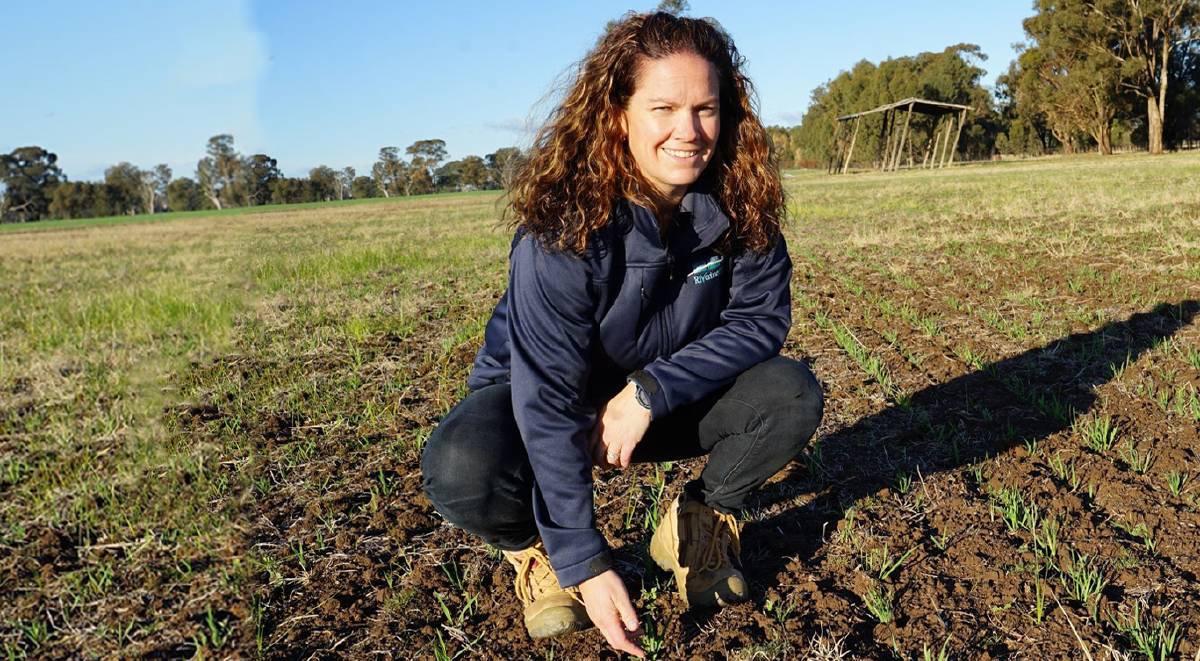 Riverine Plains project officer, Jane McInnes, at the Boorhaman, Vic oats/vetch trial. The trial site is one of six across southern NSW and northern Victoria that are part of the Fodder for the Future project. Photo: Riverine Plains

A lack of water security in recent years has led to an increasing number of dairy farmers moving away from relying on perennial pastures and instead focusing on sourcing feed from winter and summer crops.

Project Fodder for Future, a partnership between Murray Dairy and six grower groups in southern NSW and northern Victoria, is conducting trials to improve fodder production in the region and better connect the grains and dairy industries - allowing them to form long-term relationships to increase risk-management options.

The $1.6 million project will run over three years and has been funded by the federal government under the Murray-Darling Basin Economic Program. Trials will involve a range of fodder types, including wheat, barley, oats, triticale and vetch.

Riverine Plains is evaluating the yield and quality of an oats/vetch mix sown at two different sowing rates and dates at their trial site at Boorhaman, Victoria.

"With less water available for pasture production in dairy systems, the use of silage and hay has become an increasingly important aspect of dairying across the region," Riverine Plains project officer Jane McInnes said.

"Results from the demonstration sites, will provide farmers and service providers with an opportunity to look at the performance of different fodder species under a range of climatic and market conditions."

At the Boorhaman site a mixture of Brusher Oats and Volga Vetch were sown at 10 and 25 kilograms a hectare for the lower sowing rate and 37 and 31 kg/ha for the higher sowing rate.

Two different sowing dates were used and two different cutting times will also be measured to reflect an early cut for silage and a later cut for hay, offering an indication of the impact of harvest time on quality and yield.

"Our trials are a bit wet at the moment, but you can definitely see the differences between sowing rates and dates - just because of the start the season had, the earlier sown crop is doing better," Ms McInnes said.

At Finley, Southern Growers are comparing four varieties of vetch and four irrigation treatments, along with two cutting times.

"We believe that the cut and carry dairy industry for the Finley industry is quite prominent," Southern Growers executive officer Stephanie Chappell said.

Ms Chappell said vetch was usually used by grain growers in the region as an opportunity or break crop, offering growers a chance to clean up weeds and get nitrogen back in the ground.

"I think grain growers would be interested in contracting vetch crops to dairy farmers before planting if given the chance," she said.

The story Growing fodder for the future first appeared on The Land.