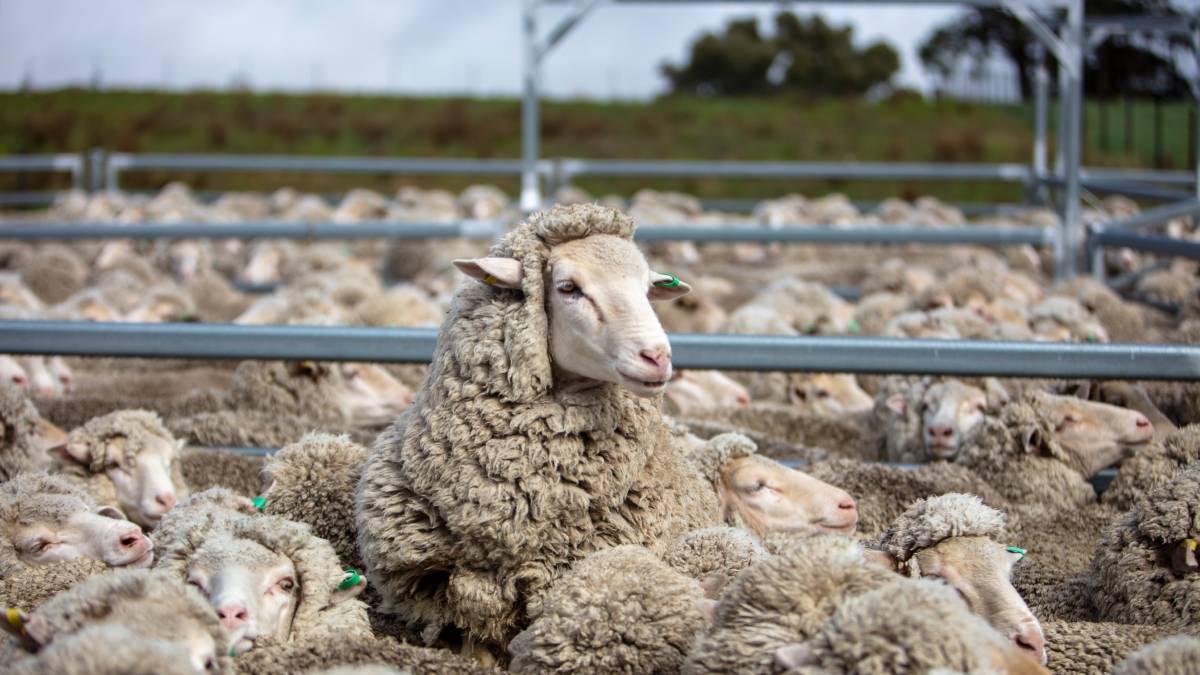 The Australian sheep flock is in the middle of a rebuild with both ewes and lambs on-hand rising on 2020 levels, but the Merino ewe cohort of the flock is losing numbers.

This is according to the latest Meat and Livestock Australia (MLA) and Australian Wool Innovation (AWI) Sheepmeat and Wool Survey, which signals 'other' ewe numbers are on the rise.

The biggest contributors to 'other' ewes are composites and first-cross ewes, making up 37pc and 32pc of the category respectively.

Dual purpose, pure meat and shedding make up a majority of the rest.

There was also a significant jump in lamb numbers on hand, up 35pc to 19.7 million head.

Of that 19.7 million lambs-on-hand, Merinos made up 59pc of the total lamb flock, at 11.7 million head, followed by first-cross and pure meat lambs accounting for 17pc and 14pc of the national lamb flock respectively.

This increase in lamb numbers is expected to flow onto higher lamb sales, which are forecast to hit 7.2 million head over the next four months, a rise of 33pc on 2020 levels.

But the percentage of Merino breeding ewes fell three per cent during the year, now accounting for under 75pc of all breeding ewes.

And the percentage of pure breed Merino lambs has decreased 2pc in the last year.

"In the 12 months to June 2021, the number of breeding ewes increased, but the percentage and absolute number of Merino ewes decreased," Mr Bignell said.

"This demonstrates an ever so slight shift away from Merinos as breeding ewes.

"The results show that in the last 12 months there has been a significant rise in the number of first-cross and composite breeds being used as breeding ewes."

And the change in the composition of breeding ewes is flowing through into the types of lambs being produced.

In the four months to June 2021, there were 17pc fewer Merino lambs marked, but 23pc other lambs.

But the number of first-cross lambs marked rose 7pc from 100pc to 107pc since last June.

Merino marking rates of 94pc matched their previous best, from back in October 2015.

The increase demand for 'other' breeds has been demonstrated through the recent prices paid at auction, especially for Aussie Whites and Dorpers.

Mr Bignell said these prices only further demonstrate the demand for Aussie Whites and productive females that will assist in the national flock rebuild.

But Nutrien Ag stud stock specialist Rick Power said there are more to the figures than meets the eye, and he believes structural flock changes are not across the board.

"In NSW regions like the Monaro, Tablelands and South West Slopes, Merino ewe numbers are either being retained or increasing," Mr Power said.

"But things are changing in places like Condobolin where there has been an uptake of shedding breeds. "

He said traditionally young Merino ewes were left to grow out for another year, but for cash flow reasons and ease of lambing, those ewes are being joined to a Border Leicester ram.

"And the five-year-old Merino ewe doesn't get a Merino anymore, she gets a Border Leicester as well," he said.

"Coming off the back of the drought I think it's cash flow hence the demand for first-cross ewes and price of lamb."

On a regional basis, all states experienced growth in ewe numbers except for South Australia and Victoria.

NSW had the largest Merino lamb flock at around 4.8 million head, accounting for 61pc of the 7.9 million total NSW lamb flock.

According to the survey results Victoria is looking to rebuild through the retention of ewe lambs in place of older ewes.

"Ewe numbers in Victoria are down by 3pc year-on-year but lambs are up 42pc," Mr Bignell said.

"One explanation for this is maybe producers culled some older ewes and in that increased lamb numbers were ewe lambs."

"Only 24pc in the Wimmera are looking at retaining more older ewes to increase their flock. So maybe they are actually culling some of their old ewes and joining younger ewes," Mr Bignell said.

"Encouragingly 6pc less ewes were joined but they had one per cent more lambs marked."

The survey revealed SA was the only state that had ewe numbers on-hand, but rebuild intentions had dropped, partly due to the drier conditions in the state.

Yet SA along with TAS recorded the highest Merino marking rates of 97pc and 125pc respectively.

Conversely, the lowest marking rates were recorded in Southern Queensland at 68pc.

"That is simply reflective of the season in SA," Mr Bignell said.

"Lambs on-hand for SA are down 13pc which is incredible when you think how much we are up in the other states."

For the first time, this year's survey looked at grain fed lamb sales.

Mr Bignell said the number of lambs that have been fed grain for at least 35 days has fallen in the last 12 months despite the number of grain fed lambs in Victoria increasing.

He said the drop in grain fed lamb sales is being driven by WA.

"This year, the wet conditions in the state and abundance of grass meant less lambs were finished on grain in 2021."

In the next four months, 1.2 million lambs are expected to be sold that have been finished on grain for at least 35 days.

Last year in the corresponding period, 1.5 million lambs were finished on grain for at least 35 days.

For the remainder of 2021, it is expected the main supply of grain fed lambs will be coming out of Victoria and central NSW.