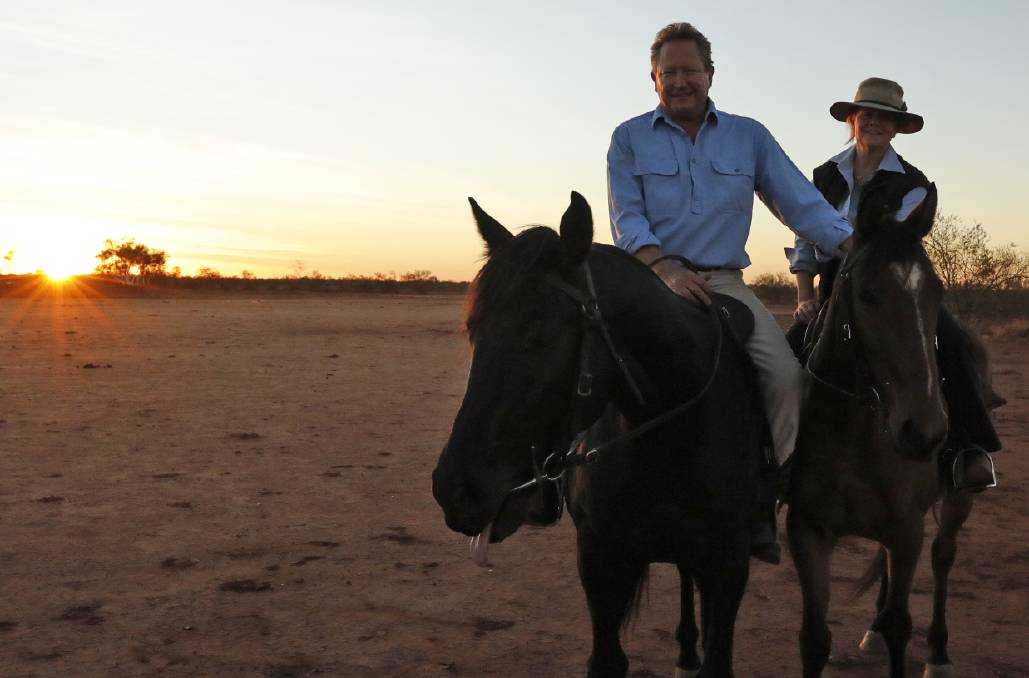 The West Australian mining and beef billionaire, who already has his own shellfish farming operations in the state, took aim at what he saw as a poor record of sustainability in the salmon industry last week, also telling JBS to have a good hard look at its own meat processing operations.

At the same time, defying JBS' original takeover offer of $3.85 a share, or about $540 million, the Forrest family's investment fund, Tattarang, doubled its own Huon shareholding to 18.5 per cent.

Dr Forrest, who has a PhD in marine science, said his investment in Huon was driven by a determination to turn the "little Aussie champion's" attention to greater environmental priorities, including eliminating the use of other fish in the feed meal used on its ocean salmon farms.

"I'd like to send a message to my friends at Huon and JBS - protein production from animals must be fully sustainable, humane with no pain, no fear, and not harmful to the environment," he said.

He questioned if JBS was focused on "removing the environmental negatives" associated with its livestock production and processing activities, including "removing pain and fear from all your beef processing operations".

Dr Forrest's feisty words and buyout blocking efforts on the Huon share register have prompted JBS to announce an off-market takeover bid at the same price of $3.85/share it offered for its scheme of arrangement takeover plan a week earlier.

The scheme was to have restructured the salmon farmer's assets and transferred ownership to JBS, if the offer received 75pc shareholder support.

The new off-market bid will require a minimum acceptance of just 50.1pc of Huon's shares.

Dr Forrest said his own investment was committed to the Tattarang/Harvest Road journey "...to make Huon environmentally neutral, and we will not rest until there are no fish used in fishmeal".

"Our investment in Huon represents a clear commitment to achieve the industry change we want to see," he said.

He had studied marine sustainability for four years and although Australia's second biggest salmon producer was a world-leading aquaculture farming business, he didn't believe its environmental strategies were good enough, yet.

Australia's aquaculture industry faced real and immediate challenges and Huon had an opportunity to set new standards for environmental sustainability and animal welfare.

The meat company had already assured Dr Forrest of its uncompromising global commitment to sustainability and animal welfare.

"This commitment extends to Huon, where JBS intends to build on the legacy of the Bender family, upholding the highest standards for superior quality, fish health and sustainable farming practices - from water management to animal welfare, net zero emissions and stock densities," the company said.

It placed sustainability at the centre of its business strategy, which extended beyond environmental and animal welfare to include staff safety, food safety, waste management, chain of responsibility and modern slavery protocols, zero tolerance for illegal deforestation, and a host of other governance and diversity priorities.

It also unequivocally employed the animal welfare principle of no pain, no fear, across its global operations.

Huon shares traded around $2.75 in the week before JBS made its first offer, which had support from Huon founders Peter and Frances Bender.

The price climbed to $3.86/share at the start of this week - one cent higher than the offer price.

After the Benders committed their shares to the Brazilians, JBS is understood to now hold at least 40pc of Huon, while another significant shareholder, Australian Super, has about 12pc.