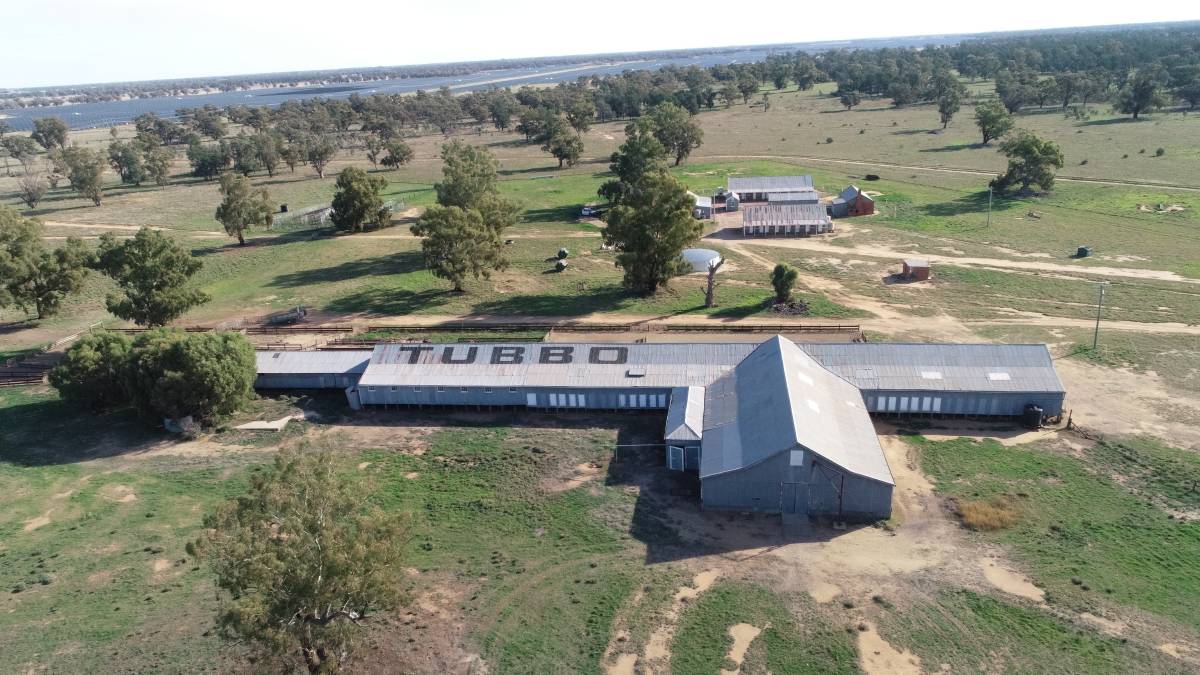 ICONIC: Tubbo Station has only had a handful of owners over its almost 200-year history.

Tubbo Station's sale to Hewitt Cattle Company, which is backed by a Canadian superannuation fund, hinges on one last thing.

Only approval from the Foreign Investment Review Board now stands in the way of Tubbo Station's sale to Hewitt Cattle Australia, which is backed by a Canadian superannuation fund.

The 14,875-hectare (36,757 acre) historic property near Darlington Point was sold on a walk-in, walk-out basis by LAWD for what director Colin Medway could only confirm was more than the $40 million price guide.

"We got interest from from sheep people from within the Riverina and southern New South Wales, mainly.

"Most of the interest was domestic. I wasn't surprised that people would come hard for it; it's a renowned property."

"It is an extremely high quality, large scale property in a region in which we are interested in investing in," he said.

'We had been looking to expand into that region for a while but it's difficult to find properties of that quality and scale that suited our operation.

"We remained very diligent in terms of our investment principals and that has proven to be a valuable decision."

Mr Hewitt said he saw the Riverina region as "an agronomic powerhouse".

"Its location, infrastructure, access to water - there is more development potential there than we have seen in other regions in this most recent investment cycle," he said.

Asked whether the selling price per acre would be replicated locally, selling agent Col Medway was circumspect.

"It was a very solid price," he said.

"Look, the market is continuing to strengthen so you can never say it won't be repeated, but it's a very sound property."

Mr Medway said that during their tenure, the current owners had invested heavily in water security, fencing and laneways.

"Also, the property's been conservatively grazed and managed to allow the native pastures to regenerate," he said.

"I think that the price achieved represents the quality of the asset.

"It's a renowned station, and also I think it's a just reward to the manager, Rob Stein, who's been there for the last 10 years and overseen the development of the property.

"There's no doubt it would not have realized the amount for the vendor that it has if it wasn't for Rob's hard work." "It will be used to expand their organic lamb operation," Mr Medway said.

"Although they trade as Hewitt Cattle Australia, they've got a significant lamb business as well."

Tubbo's 19,402 self-replacing Merino flock, which is predominantly based on Ridgway bloodlines was included in the sale.

Although its carrying capacity was estimated at 39,000 dry sheep equivalents, Tubbo Station has carried an average 8450 breeding ewes and 450 breeding cows since 2011.

Mr Medway said cattle were not part of the sale but it did include the property's 539ha solar farm, which generates $559,810 in rental earnings under a long-term lease.

While contracts have been exchanged, the sale remains subject to FIRB approval. An application was submitted two weeks ago but Mr Medway is not expecting a swift result.

"With this type of asset and also given the fact that the purchasers are known, and good solid investors in Australian agriculture and have got a very good reputation, I don't think there's much transaction risk.

"The delay for this is significant when you're basically in limbo now for 90 to 120 days and you're running a dynamic agricultural operation.

"A lot changes in three months, so it's far from ideal."

The average annual rainfall is just under 400mm and the station is watered by 17 bores feeding a network of holding tanks and troughs.

Tubbo is being sold by the UK-based Pritchard-Gordon family, which also recently offloaded its Kameruka Estate holding near Bega as part of a succession plan.