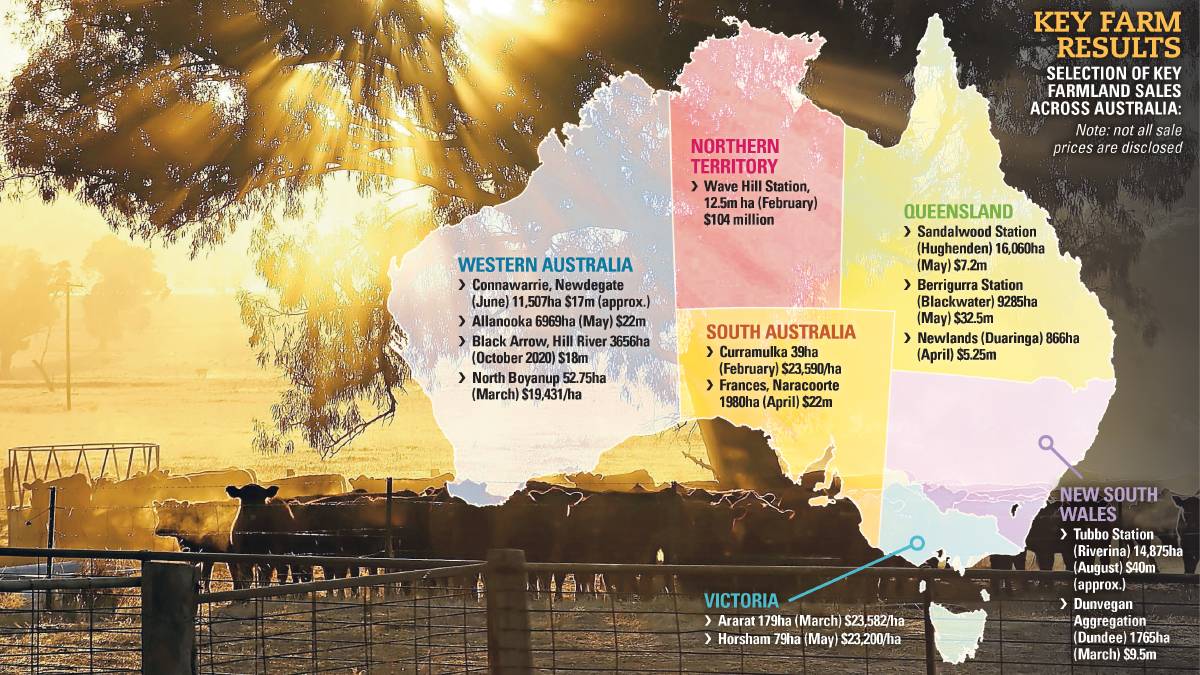 Farm sales from around Australia.

Record farm prices and a rush to the regions has seen a unprecedented spike in demand for country properties.

More than 50 people crowded into South Australia's Curramulka Community Club in late February for the auction of Watters, an unremarkable piece of land just outside the small town.

What happened next stunned not only those present but farmers right across Australia and set the tone for a series of record-setting farm land sales which were to follow across the grain belt.

The land had no home or sheds, but was handy cropping country all the same.

Neighbours fought it out over this small paddock on South Australia's Yorke Peninsula and the hammer finally fell on a breath-taking price $23,590 for each hectare. SET THE TONE: This 39 hectare chunk of land on South Australia's Yorke Peninsula sold for $23,590ha, or just over $920,000. Picture: Nutrien Harcourts Minlaton.

"For comparison, for similar land five years ago we saw $5240 (per hectare) paid."

Just a few weeks later in Victoria's Western District, about 100 people rolled up for an auction of 179ha of land near Ararat which was fenced into five paddocks for cropping and grazing.

Five people went after it.

By the end, it sold for district record of $23,582/ha about double the previous record.

"It is a tightly held area and a number of neighbours were competing for it," agent Brad Jensen of Ararat Ballarat Real Estate said.

Sale after sale of land saw records falling on an almost weekly basis right around the nation.

NSW agents say prices have at least doubled in 12 months.

Veteran real estate agent Jim Barham of Elders Stawell said while a combination of low interest rates, good seasons and a bright outlook for agriculture was the driver, there was another factor.

People are starting to realise they are not making new land anymore.

Many times it has been neighbours who are setting the tone, making multi-generational decisions to secure their family's future.

Grazing properties across NSW and Queensland also cashed in. 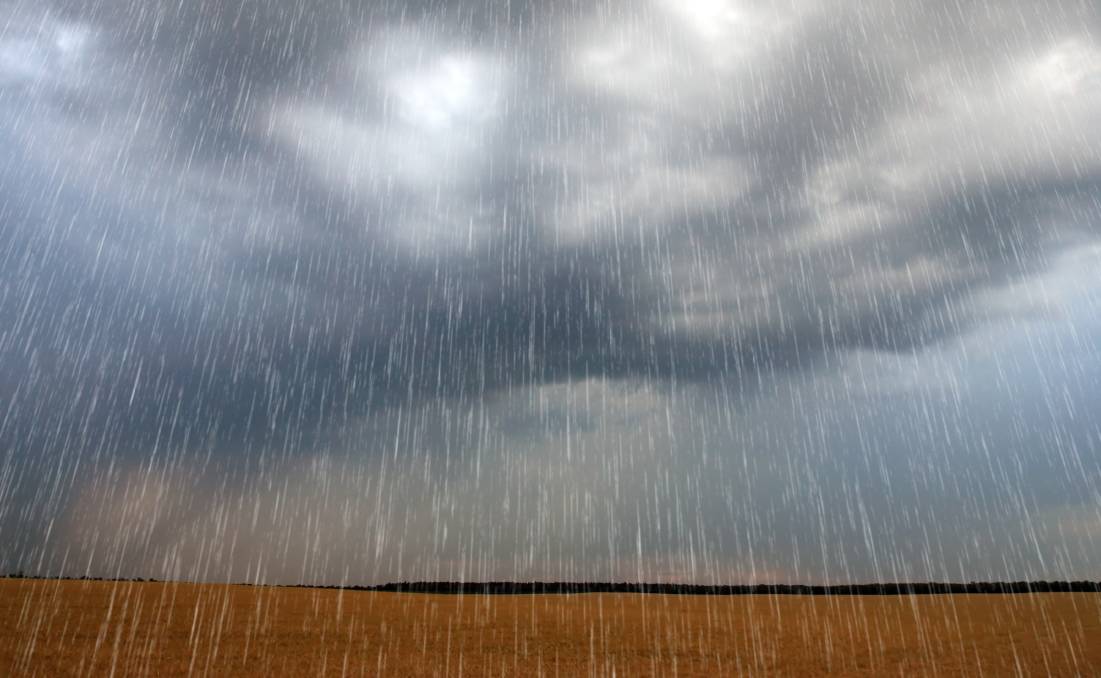 GOOD SEASONS: A run of good seasons has been a contributor to the record rise in farmland prices.

"Current market conditions, primarily the enormous buy side demand, is playing into the hands of incumbent asset owners who are seeking to realise the value of their assets."

Mr McNamee said pandemic border restrictions might have been expected to impact property transactions but that hasn't been the case.

And with the good seasons continuing, record commodity prices especially for livestock and grain, canola the most notable, these high prices are tipped to continue into the spring, particularly if the finishing rains arrive as forecast.

Property experts say it is only a substantial change in any these main three elements will take the heat out of the market.

A rise in interest rates, lower commodity prices and a change in the seasons, like a drought, would signal either a reversal or cap current prices..

Real estate agents say the importance of the weather to the future of high farmland prices cannot be understated.

Other property experts say the success of Australian agriculture has not been lost on overseas investors who have continued to buy into large-scale operations.

Get set for commodity supercycle.

Corporate interests, such as the Canada's Public Sector Pension Investment Board, continues to pour millions into Australia farming.

Just one example is the impending sale of the Riverina's 14,875ha Tubbo Station to Hewitt Cattle Australia for around $40 million. Hewitt is backed by the Canadian pension fund.

US investment company Proterra Investment Partners bought almost 50 farms across the grain belt of Victoria and South Australia when prices were comparatively low in 2017 and is now offloading them at the peak of the market.

The Corinella Group Pty Ltd of farms is scattered across more than 22,500ha for an all up price of about $350 million.

Agents in western Victoria do not expect the flood of farms expected to hit the market in spring will do anything to dampen the high market.

Again, some agents believe a corporate interest might scoop up the lot.

Hammering home the link between good rain and high farmland prices is the great start to the cropping season in Western Australia.

Nutrien Harcourts corporate and business development manager - west, Glenn McTaggart said in a 10-year comparison of rural property values from 2010 to 2020, the market has seen capital increases of between 40 to 60 per cent for most broadacre regions.

"With more than 90pc of broadacre farmland in WA owned by farming families, their appetite for expansion has driven these price increases along with demand from corporate investors, adding to their already large footprint.

"With broadacre cropping land having enjoyed price increases over the past three years, we are now seeing demand for grazing land in the higher rainfall regions driving land values higher on the back of strong livestock prices." Thousands of Australians have fled the cities for a new home in the country during the pandemic.

And it's not just out on the farms that prices have soared.

Regional communities are experiencing a boom in sales as well as thousands continue to flee the cities during the pandemic.

Escaping from pandemic lockdowns in the cities for a better life in the bush and being able to work from home is still fuelling the trend.

Australian Bureau of Statistics report show a record 11,800 people left the nation's capital cities in the three months to the end of March.

Sydney and Melbourne fared the worst.

With national borders closed, the focus has been on internal migration, and it appears Queensland is gaining the most people from other states.

This surprise trend encouraged Regional Australia Institute to launch a multi-million-dollar national awareness campaign, encouraging city-dwellers to find their new home in the regions and Move to More.

"Regional Australia has been one of the country's best kept secrets but not for much longer."

With lockdowns continuing around Australia, the exodus is tipped to continue as people look to move even further from the cities.