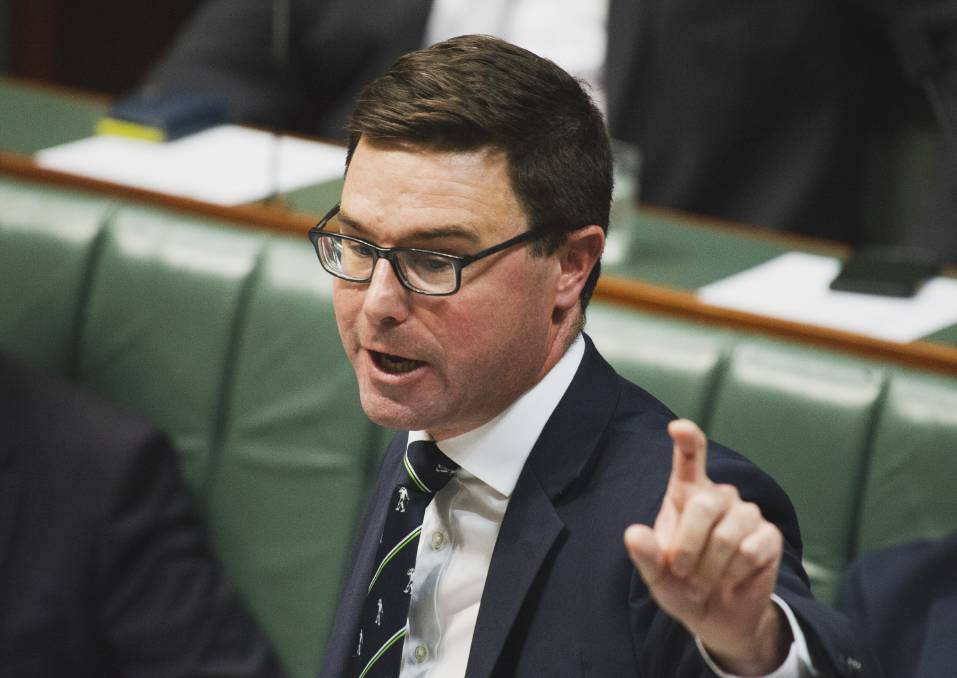 A Federal government Minister has criticised the CSIRO's promotion of plant-based meats.

A Federal government Minister has criticised the CSIRO's promotion of plant-based meats.

Agriculture Minister David Littleproud has in turn been attacked on social media for ticking off the CSIRO.

The national science agency on Friday offered dietary advice for children to choose plant-based food over red meat in a national campaign.

The CSIRO released a digital tuckerbox to encourage families to take on a "healthy and sustainable challenge".

The online dietary advice from CSIRO "aims to get people thinking about making both healthy and sustainable food choices and what they might be eating in the future".

Mr Littleproud posted the following on Twitter and Facebook: "It is not CSIRO's job to advertise, their job is to support all industries. Red meat is an important part of any balanced diet."

It is not CSIRO’s job to advertise, their job is to support all industries.

Red meat is an important part of any balanced diet. https://t.co/ypqLmHY8ns

The "tuckerbox", it advises families to switch to plant-based meats.

"Instead of a beef burger, how about one made of legumes?

"Food scientists in Australia have developed a burger patty, mince and sausages that taste just like meat," the tuckerbox advises, and then provides a link to plant-based foods.

The tuckerbox says lean beef is a nutritious source of protein.

"For our health and for the health of our environment, we should eat a moderate amount of meat."

Families are advised "cattle produce methane, mostly from their burps, which is a powerful greenhouse gas".

It then says research is continuing into a "a type of seaweed that scientists discovered can reduce cattle emissions by a huge amount when they eat it".

Mr Littleproud is not the responsible Minister for CSIRO, that job falls to Minister for Industry and Science Christian Porter.

"Why can't you all just be kind and supportive of all farming types," Jacky Overington said.

"Australian scientists getting on board with the huge international market in vegetarian foods is a really smart idea for our grain and vegetable farmers."

The beef industry was also alarmed by the advice.

"It appears that CSIRO is driving an agenda that goes beyond the remit of a taxpayer funded research organisation."

CSIRO has been asked to respond to the comments.

"I eat meat and always will, why do vegans alway want vegetables to look like meat," Peter Huddy said.

The release of the online platform comes as the CSIRO comes under increased scrutiny for its promotion and investment in plant-based foods.

The investment fund, Main Sequence, was spun out of CSIRO with almost half a billion dollars in funds which supports several plant-based companies, attracting criticism.

CSIRO says the tuckerbox draws on decades of research and innovation developed in partnership with the food industry, including adapting livestock and crops to our changing climate; improving sustainability in how food is produced, processed and transported; increasing the nutritional value of food; and helping people make their diets healthier.