Dog owners should check this map if they want to know whether their animals are the firing line for the killer disease ehrlichiosis. 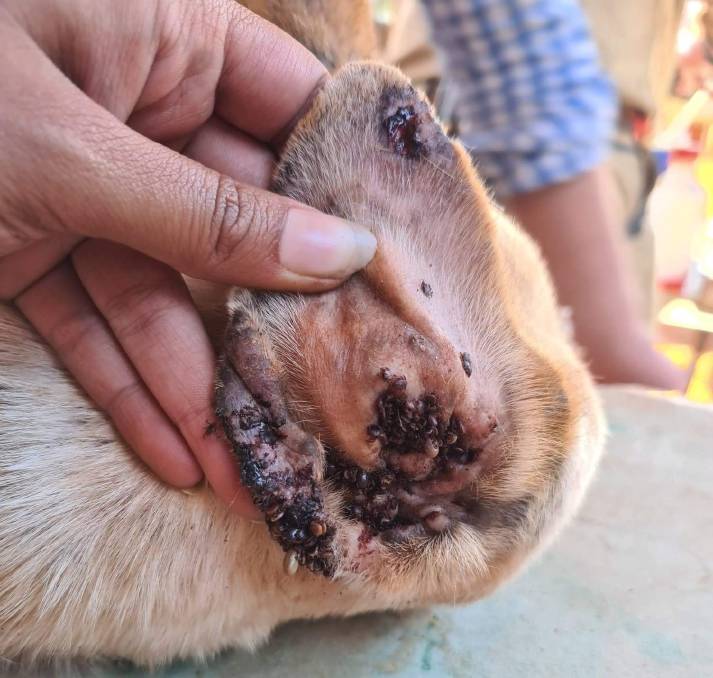 TICK HORROR: Thousands of dogs are dying and veterinarians in the Northern Territory are 'snowed under' from the disease outbreak. Pictures: Campbell Costello (Insta - @outbackvets.)

Dog owners should check the attached map if they want to know whether their animals are the firing line for the killer disease ehrlichiosis.

The fast moving disease has already been detected across most of the mainland after first being discovered in Australia just a year ago.

Along with rabies, the ehrilichia bacteria was the main target for Australia's long established quarantine restrictions on overseas dog arrivals which has mysteriously failed.

Tasmania has now brought in import requirements to keep out the disease and the common brown tick which spreads it.

Ehrlichiosis is now said to be endemic in the Northern Territory and most of these early cases are from dogs transported from the Top End.

Experts say local cases will soon pop up where ever there are ticks, which is most of Australia. 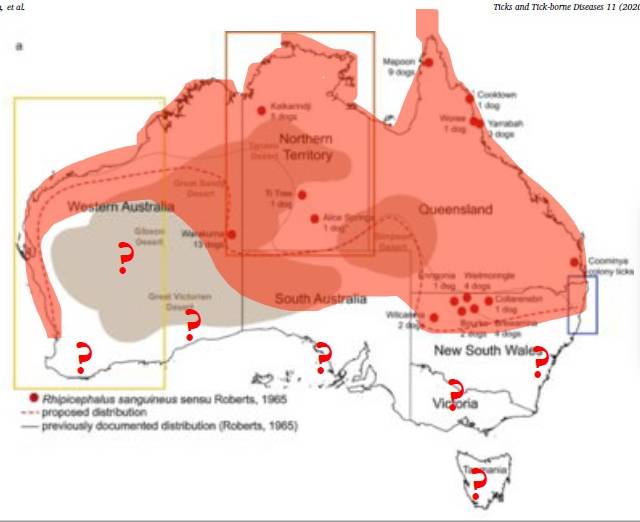 The above map was presented to an online gathering of animal health experts last week.

"The introduction of cases to southern areas is inevitable," she warned.

"It really is an awful disease which is causing huge trauma."

Dog mortality rates among sick dogs in remote communities as well as urban areas is as high as a third.

Prof. Irwin said cases of ehrlichiosis in Australia are "much more severe" that has generally been reported anywhere else in the world.

"Dogs in this country have never been exposed to this disease before and have absolutely no immunity to it."

The experts said there were high tick infestations in tropical areas like the Top End but the brown tick, which passes the disease from dog to dog, was found right across Australia.

"This is a very serious outbreak in Australia," Prof. Irwin said. 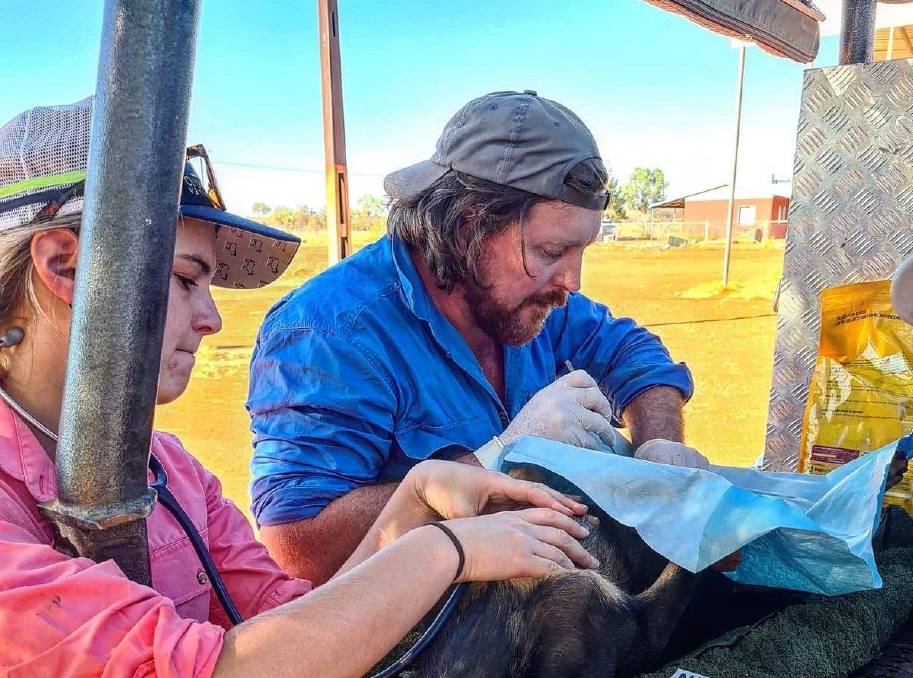 "We need to increase our clinical suspicion of sick dogs, especially those which have relocated or travelled from the north.

"We should refrain from moving dogs from the Top End to the south," he advised.

Dog owners have been advised to provide two forms of tick prevention to their pets, there are no vaccines.

The disease can be transmitted from tick bites in a few hours and can even stay dormant within the dog for months or even years.

Symptoms typically include fever, lethargy, enlarged lymph nodes, loss of appetite, discharge from the eyes and nose, weight loss, and anaemia and bleeding.