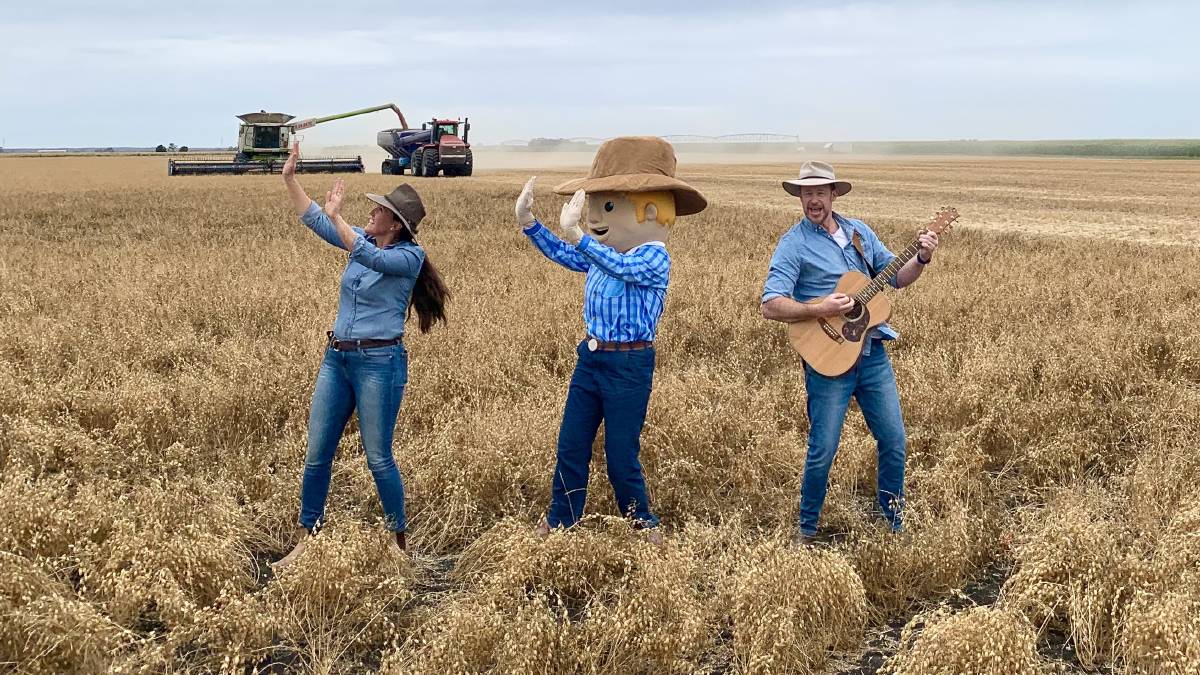 IN FIELD: Simone Kain, George the Farmer and Ben Hood sing a song about chickpeas as part of the educational series on agriculture.

George the Farmer is helping educator school kids on agriculture.

The team behind the character has released a series of free resources including virtual reality experiences, paddock-to-product videos and curriculum-aligned educators guides aimed at assisting the STEAM (Science, Technology, Engineering, Arts and Maths) subjects.

The resources were released for National Science Week in August, however they are freely available for teachers to access. 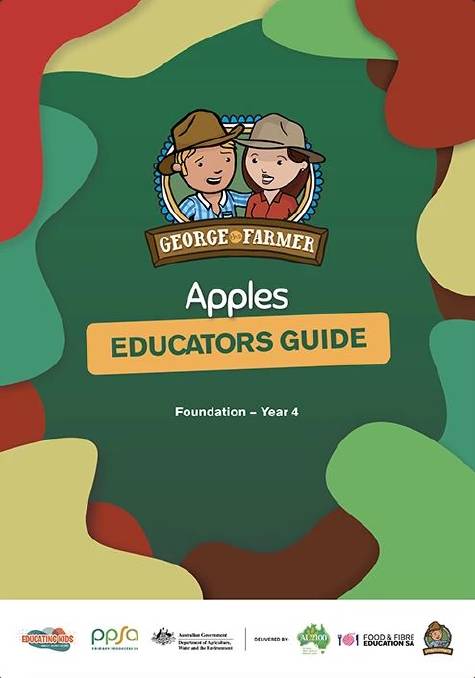 FREE: One of the educators guides from George the Farmer which are freely available online.

Co-founder of George the Farmer, Simone Kain, said she hopes the resources will support teachers who have experienced a tumultuous two years with disruptions in the classroom.

"Teachers are able to show their students the short seven minute musical videos and then follow this up with one of the many curriculum-aligned activities out of the guides such as designing a robotic dairy, making jewellery from seeds or making butter from scratch," Ms Kain said.

"We have suggested to teachers to watch our films just like a short film festival. And the best thing is they're easily viewable in the classroom or from home."

The videos are available on the George the Farmer YouTube channel and on ABC Education and ABC iView.

Established in 2015 from regional South Australia, the George the Farmer brand publishes a series of picture storybooks covering topics such as food waste, vegetables, fruit and bees all the while teaching kids about where food and fibre comes from.

"We're on a mission to connect kids across Australia with the earth, food and farm," Ms Kain said.

"Ag education will arm kids with the right knowledge to make healthy food choices while also inspiring them to experiment with new foods in their future." 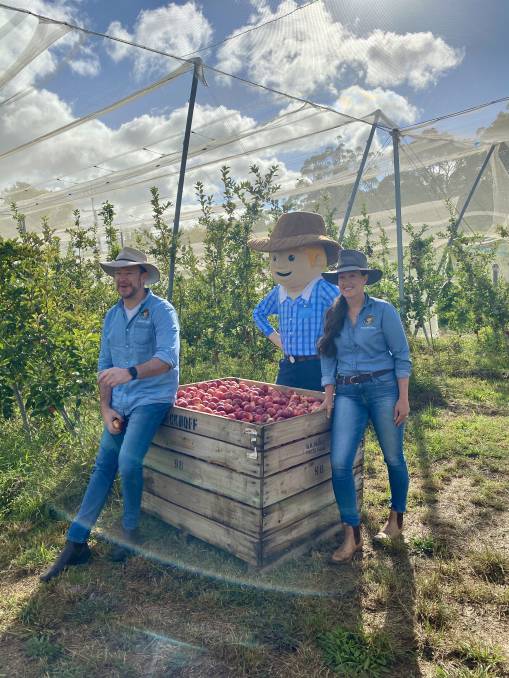 INFORMING: The George the Farmer team speaking about apple production.

Ms Kain said she was also passionate about supporting the agricultural sector.

"Increasing children's knowledge will also help to secure the beautiful clean, green food that we take for granted in Australia - as the more that our future consumers understand what it takes to produce and supply the food we all love, the more compassion and support the sector will receive," she said.

The resources for the initiative were produced for Primary Producers SA (PPSA). The project was supported by the Department of Agriculture, Water and the Environment, through funding from the Australian Government's Educating Kids about Agriculture initiative.