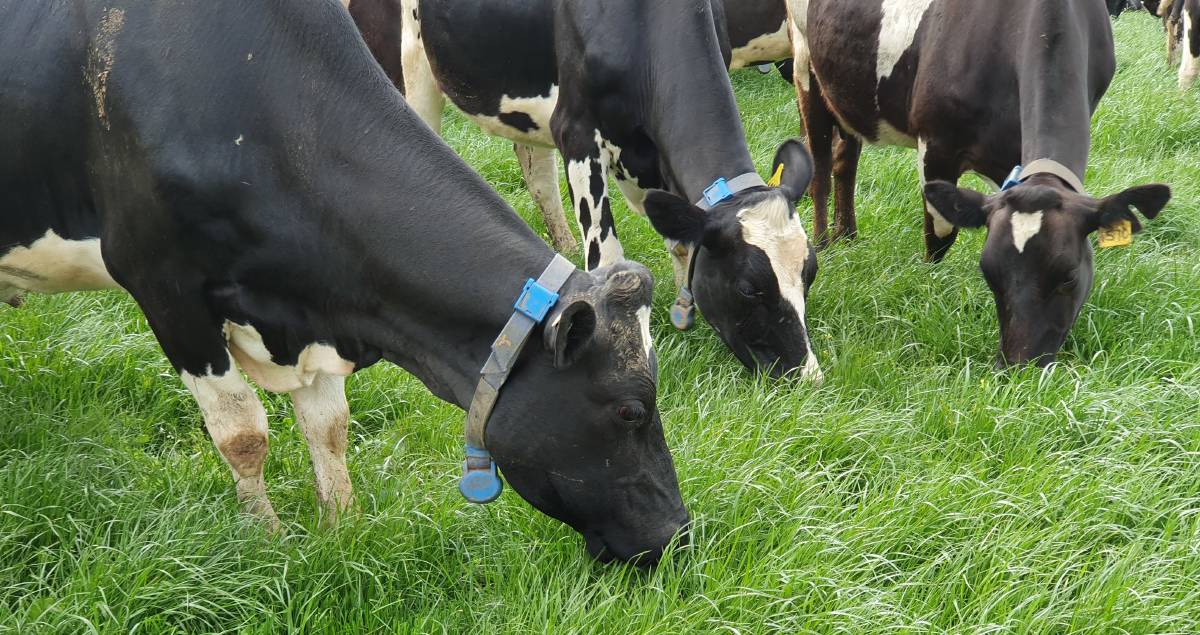 A high-tech sensor collar on dairy cows has provided information to better inform farmers on the animal's grazing habits.

The Tasmanian Institute of Agriculture has conducted research using MooMonitor+ sensors on 180 cows at its Elliott Dairy Research Facility.

The research looked at different level of grains being fed and its impact on milk produced.

"Dairy farmers generally try to get cows to graze as much grass in the paddock as possible, but feeding some grain, usually during milking, is very common," Mr Raedts said.

"Over the last decade the amount of grain feeding in the dairy industry in Tasmania has roughly doubled.

"Most farmers when feeding more grain, measure profitability based on the extra milk produced from the extra grain fed."

He said the team found the cows receiving the higher level of grain produced more milk, but did not graze as much grass in the paddock.

"This means farmers who are looking to move to a high grain input system needs to have a plan for utilising uneaten pasture because they will have a surplus.

"If this is not properly managed it is likely to be wasted. They may need to increase their stocking rate, plan for making more silage, or look at other ways to use the excess pasture."

Mr Raedts said that the results showed how complex the dairy system can be.

"Dairy farming is like a spider web, make one change to one thread, and everything moves a bit," he said.

Mr Raedts said the team was analysing the results further.

The research was conducted over 10 months and was funded by Dairy Australia.