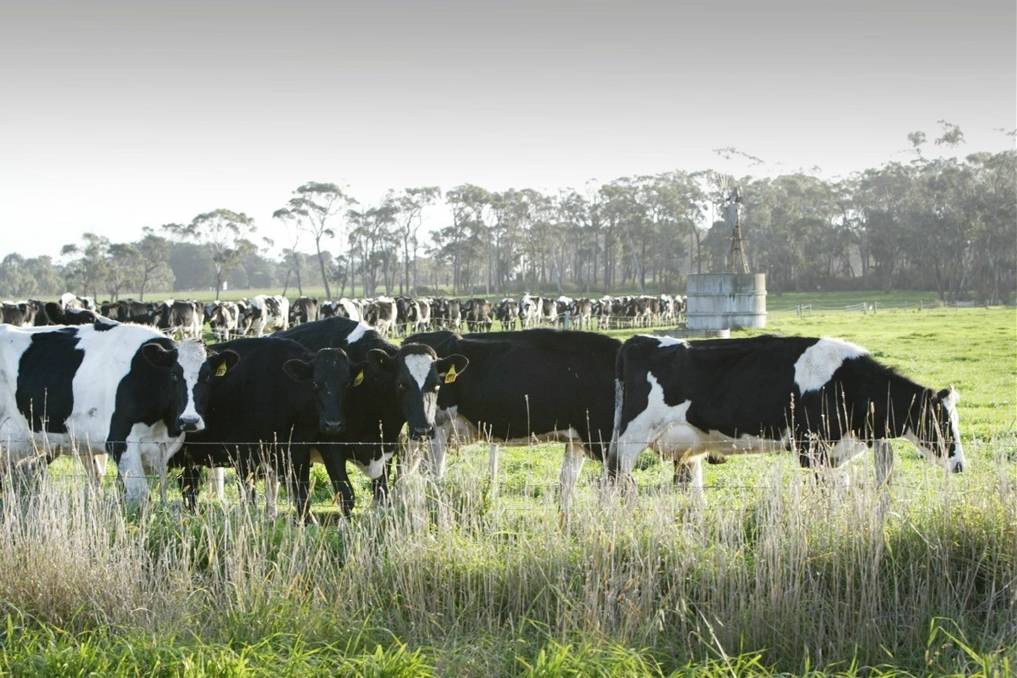 Recent research based on farmer experiences in New Zealand has indicated it may be possible to extend the interval between milkings without significantly reducing milk production.

Milking cows is the most labour-intensive regular activity on dairy farms but new research into extended milking intervals (EMI) could free up time for south-west Victorian farmers.

While remaining neutral and not advocating EMIs, the DemoDAIRY Foundation wants to know if farmers in south-west Victoria are interested in learning more about the systems and if they would consider it on their farms.

For larger farms, paid labour is required which has become harder to find over the past 18 months with restricted availability of overseas workers.

Recent research based on farmer experiences in New Zealand has indicated it may be possible to extend the interval between milkings without significantly reducing milk production.

It can also have benefits for herd health and reproduction.

Traditionally, dairy cows are milked twice each day, but there are exceptions to that rule.

EMI addresses the disadvantages of once-a-day (OAD) milking which has been tried in some parts of Australia.

Australian and NZ dairy industries have greatly improved the efficiency of milking cows with rotary and robot milking systems.

However, these systems still require labour to operate them twice a day.

In some cases, particularly in NZ in seasonal calving herds, farmers have opted for OAD milking for parts of the year, while others milk 10 times in seven days, or three times in two days.

It is understood farmers in south-west Victoria and south-east South Australia are looking at different milking interval options to address labour and lifestyle issues.

DemoDAIRY Foundation board member Ian Teese said the Foundation was keen to hear farmers' thoughts about the concept.

"Some farmers in Tasmania use extended milking intervals and it's growing in popularity in NZ," Mr Teese said.

"We are not actively promoting the system but if local farmers are interested, we would be willing to help them find more information."

"This is only exploratory but EMIs are possibly a way to address labour shortages and improve lifestyles on the farm, particularly on weekends," he said.

If there is interest, DemoDAIRY Foundation could arrange field days, farm visits or Zoom conferences with farmers using the system in NZ and Tasmania. EMIs are usually introduced in the last two-three months of lactation and as farmers understand it more, they extend the period, with some using 10 to seven milking spreads all year.

DairyNZ is midway through a research program investigating the human, animal and pasture response to milking three times in two days.

The project, Flexible Milking for Healthier People and Cows, started in July 2019 and will end in 2022.

It is combining detailed research on the impacts and problems of EMI on one of the Lincoln University dairy farms with a number of EMI focus farms located around NZ.

It aims to see if the system enhances wellbeing due to less hours spent working on farm and greater flexibility, or increases economic sustainability through improved people and cow health.

The third year of the project will focus on modelling to predict outcomes in different flexible milking scenarios.

In a December 2020 update, four farmers involved in the pilot project detailed the challenges, successes, benefits and negatives of EMIs.

One farmer reported improved empty rates while the business reduced staffing by 12 hours per fortnight.

However, it experienced a production drop of about 10pc while facing slightly increased animal health costs.

Another farmer experienced a drop in cow lameness and improved cow condition scores.

Milk production took a hit during the peak but was up at other times of the year.

High empty rates were a trigger for another farmer to trial the system.

"I see a gain there and we're happy with the condition of the cows," he said.

A survey of staff showed most were happy to have more time with family and friends, more sleep and less stress and less lame cows to deal with.

The results imply it may be possible to maintain or increase both profitability and sustainability with full-season three-in-two, although budgets need to incorporate farm specific assumptions which may vary significantly from farm to farm.

Recent NZ experience is that the EMI system can be simplified to 10 milkings in seven days as this makes rostering of labour easier.

It provides the opportunity to milk once per day on Saturday and Sunday to allow farm staff and families more time for weekend activities.

Current experience is that one long inter-milking interval per week may not have a major impact on yields.

The NZ trials and EMI focus farms are running up to 600 cow herds producing up to 500kgMS/year under high stocking rates.

The herds include the three main breeds in NZ.

A south-west Victorian industry representative said one local farmer had started using once-a-day milking and a few others were trialing the system.

However, it is not known if any local farmers use other variable milking times, such as 10-in-seven.

In Tasmania, 18-hour intervals or three-in-two are popular, especially in the second half of the season.

"Variable milking is an area people are starting to look at more closely," he said.

"Once a day might be a step too far for most Aussie farmers but that is one end of the spectrum; there are a lot of options in between that may work for people that create savings of labour and health improvements."

"Some might do a 9am milking on a Sunday instead of twice a day.

"Dairy farming is not a weekend-centric business but you can help that by adopting variable milking times."

One of the key benefits could be addressing staff shortages.

"We're crying out for labour and dairy farming is hard enough without having to do the reasonably-mundane task of milking cows twice a day. If you can reduce that it's going to be a bonus," the industry representative said.

"Some farmers in NZ say they might have left the industry 10 years ago if it wasn't for having this flexibility."

One Tasmanian farmer has used three-in-two for several years and says the 16-hour intervals reduced costs but didn't harm production or adversely affect the cows.

"Our shed costs are quite a bit lower, probably 25pc," he said.

"The biggest benefit has been in the labour savings and the reduction of hours, but our per-cow production is the highest it has ever been and the cows enjoy it and seem to have more energy."

People can register interest in finding out more about extended milking intervals by contacting info@demodairy.com.au or call Ian Teese on 0427358987.