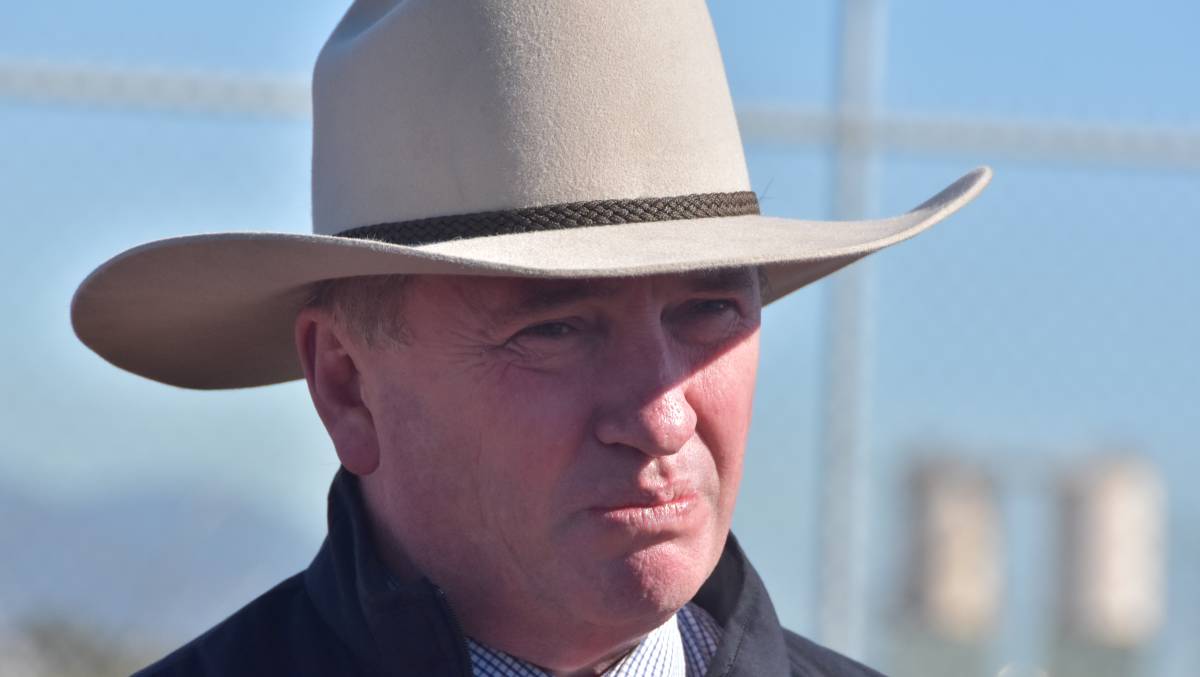 IN THE DARK: Deputy Prime Minister Barnaby Joyce did not see a damaging statement on Inland Rail before its release by his office on Wednesday morning.

Deputy Prime Minister Barnaby Joyce did not see a damaging statement on Inland Rail before its release by his office.

IT has emerged that Deputy Prime Minister Barnaby Joyce did not see a damaging statement on Inland Rail before it was released by his office on Wednesday morning.

The statement flies in the face of a online meeting between Mr Joyce and farmers from the Condamine River Floodplain as well as Agriculture Minister David Littleproud and Senator Susan McDonald.

At that August 20 meeting it is understood Mr Joyce, without making commitments, wanted to work towards finding solutions associated with the construction of the Inland Rail across a 16km stretch of the Condamine River Floodplain.

However, the statement unceremoniously slammed the door on farmers, saying the Condamine River Floodplain was already locked in and its delivery was well underway.

It is a bold claim, given the flood modelling is still not complete, the design and costings have not been released, and the project is still to be approved by Queensland's Coordinator General.

In addition, a recent Senate inquiry was scathing of the Australian Rail Track Corporation's plans and approach to the construction of the project, including its consultation with the local community.

Inland Rail has proven a particular problem for the National Party, at least contributing in part to the downfall of two previous ministers: Michael McCormack and Darren Chester.

The unsighted statement also appears to reflect the inordinate level of influence exerted by ARTC and the Department of Infrastructure, Transport, Regional Development and Communications over the deputy prime minister' office.

"This has been the problem all along," Mr Judd said.

"Others are running the agenda."

"The Inland Rail alignment is settled - it has been refined over a number of years and delivery is well underway. The Border to Gowrie section that includes the Condamine Crossing has been developed by world-leading rail engineering experts and enhanced through community consultation. ARTC's flood modelling and the reference design for the crossing of the Condamine floodplain has been thoroughly reviewed by the International Independent Panel of Experts for flood studies in Queensland. The Panel's draft report found that the work undertaken by ARTC to be predominantly in accordance with national guidelines and current industry best practice.

"The Border to Gowrie section has been subject to multiple studies and reviews, including in 2006, 2010, 2015, 2016, 2016-17, 2017 and again in 2020. The review in 2017 found that the current Border to Gowrie alignment which provides the best outcome for the Inland Rail project in terms of 24-hour transit, service reliability, availability and cost competitiveness was far superior to alternative routes via Mount Tyson and Warwick.

"In 2020 a further independent assessment confirmed that, on a like-for-like basis, the Border to Gowrie Reference Design route selected in 2017 is superior to an alternative route via Cecil Plains proposed by stakeholders and offers the best path across the Condamine.

"In the regions where the construction of Inland Rail has commenced we are already seeing benefits from the project. Getting Queensland sections into construction is vital to deliver the 11,800 jobs expected at the peak of construction."