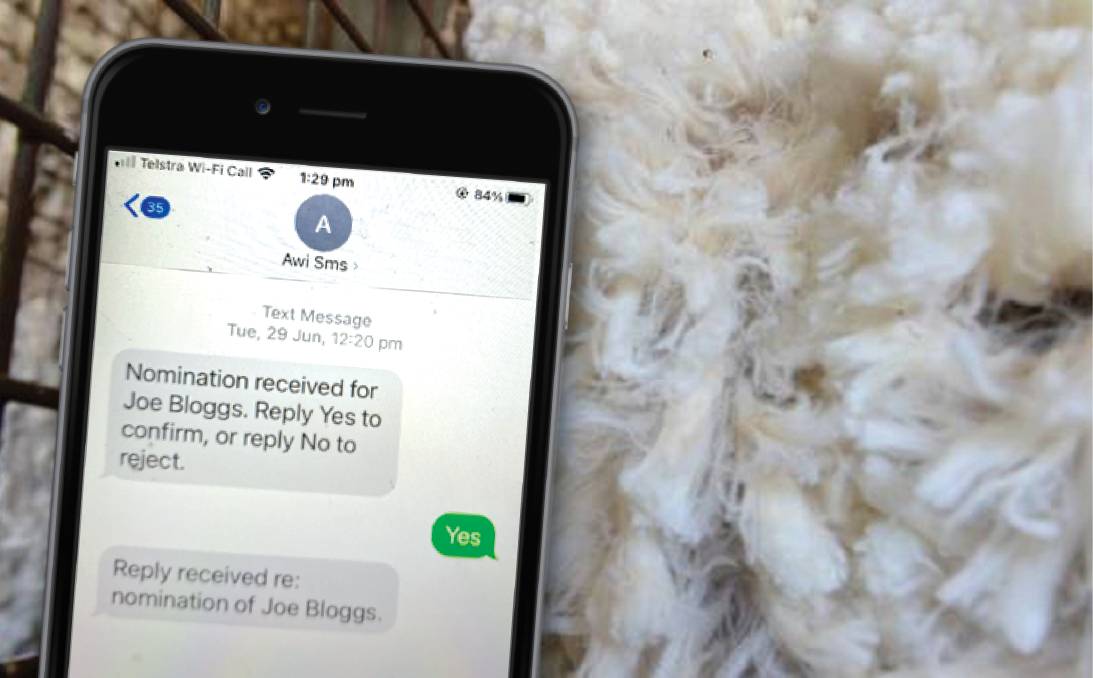 Shareholders will be asked to verify their director nomination signatures via text message through a new app launched by AWI. IMAGE DIGITALLY ALTERED.

The app is purported to make it easier for potential candidates to gather eligible signatures for Australian Wool Innovation director elections.

An app purported to make it easier for potential candidates to gather eligible signatures for Australian Wool Innovation director elections has been launched but will only be available via tablets sent out in the mail.

The launch comes just three weeks before the close of this year's nomination process.

AWI chief executive officer Stuart McCullough said he was pleased the app will be available from today for anyone wanting to stand.

"The app is even more important this year with lockdowns and travel exclusions making it tougher to gather signatures face to face," he said.

"Sadly, given many of our industry's signature events including the Australian Sheep and Wool Show were cancelled this year, the number of opportunities has been reduced compared to 2019." 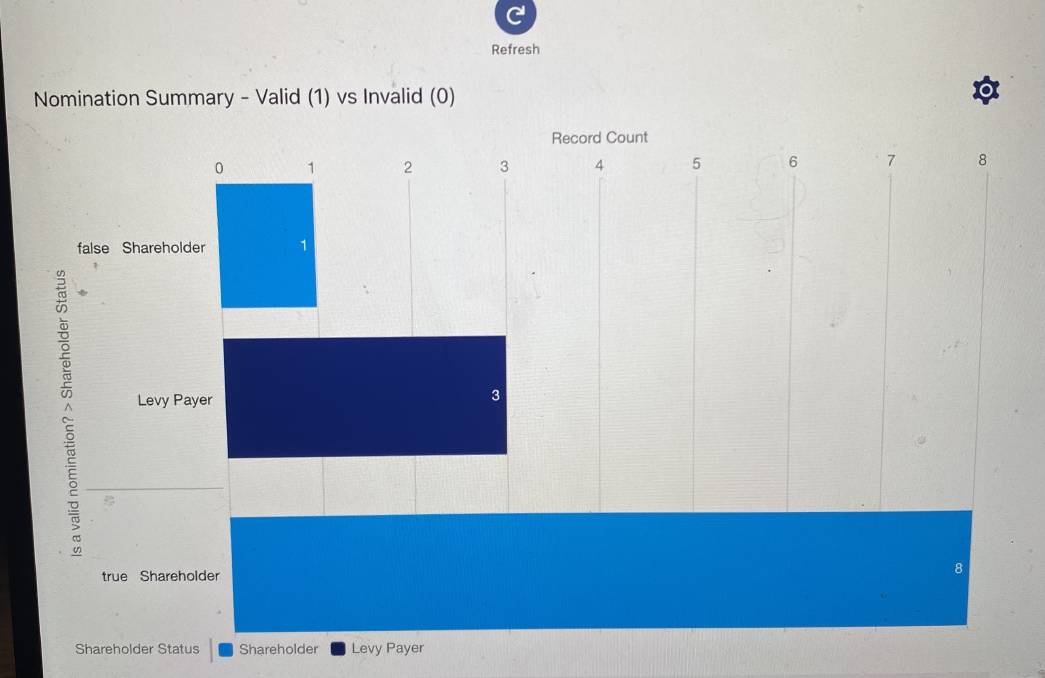 An example of how the director nomination app released by AWI will summarise whether signatures are valid or invalid.

The app will be loaded by AWI onto a device, which can then be lent to candidates to allow them to confirm the eligibility of shareholders and also know how many valid signatures they have gathered.

Shareholders will be sent text messages to confirm their participation by asking for their shareholder number or address details. The system will check if they are a valid shareholder and text them a confirmation message.

As part of the director nomination process, candidates are required to collect at least 100 eligible signatures.

Aspiring AWI board director Chick Olsson said he would be interested in using the app but was unsure how quickly the device could be provided.

Mr Olsson has previously faced difficulties with the signature requirement when his attempt at board nomination was refused in 2019 after 38 of the 137 signatures he supplied were rejected.

At the time he said he was told only 99 of the signatures could be validated.

With the last day for lodgement of completed nominations on September 20, Mr Olsson said the app was "too little, too late".

"If you said you wanted to use it straight away, let's say it takes five days to mail out and that leaves 14 days to use it and get it all back in time," he said.

"I think having an app is a good idea but it's a little too late as far as I'm concerned.

"This has come after AWI faced huge pressure from the Senate."