The story of how Ewan McAsh went from oyster farmer to global tech CEO.

A South Coast oyster farmer has grown his family farm into a global software sensation, which is taking the aquaculture industry by storm.

It's the buzz about oyster farmers who are jumping onboard to manage their farms through a smartphone app - something that's never been done before.

SmartOysters CEO Ewan McAsh is a Clyde River oyster farmer who spent years working to solve problems he faced operating his family farm. The answer was at his fingertips.

The Broulee businessman was one of eight recipients of funding from the Australian Government's Entrepreneurs' Programme announced last week.

The SmartOysters app received almost $400,000 of funding to be developed to a global scale.

The mobile map-based farm operations app has improved the quality, price and farm productivity for oyster farmers by collecting their data and unique practises.

About 60 farmers were already using the SmartOysters app around the world, with more only just hearing the news and wanting to sign up.

For Mr McAsh, it's a huge sense of achievement as his journey tells the tale.

From where it all began ...

Mr McAsh was 24 and fresh out of university when his dad Kevin, previously a commercial fisherman and looking to leave his office job, proposed buying an oyster farm together.

Mr McAsh was working in fish and prawn farming at the time. He said the production was intense and to start something similar on the South Coast wasn't viable.

"It was too cold for those aquaculture systems and we couldn't afford the land for aquaculture ponds," he said.

When his dad came up with the idea of an oyster farm, Mr McAsh said it ticked all the boxes.

"They're sustainable, they grow naturally in commercial quantities, it was affordable and the South Coast was a great place for it," he said. 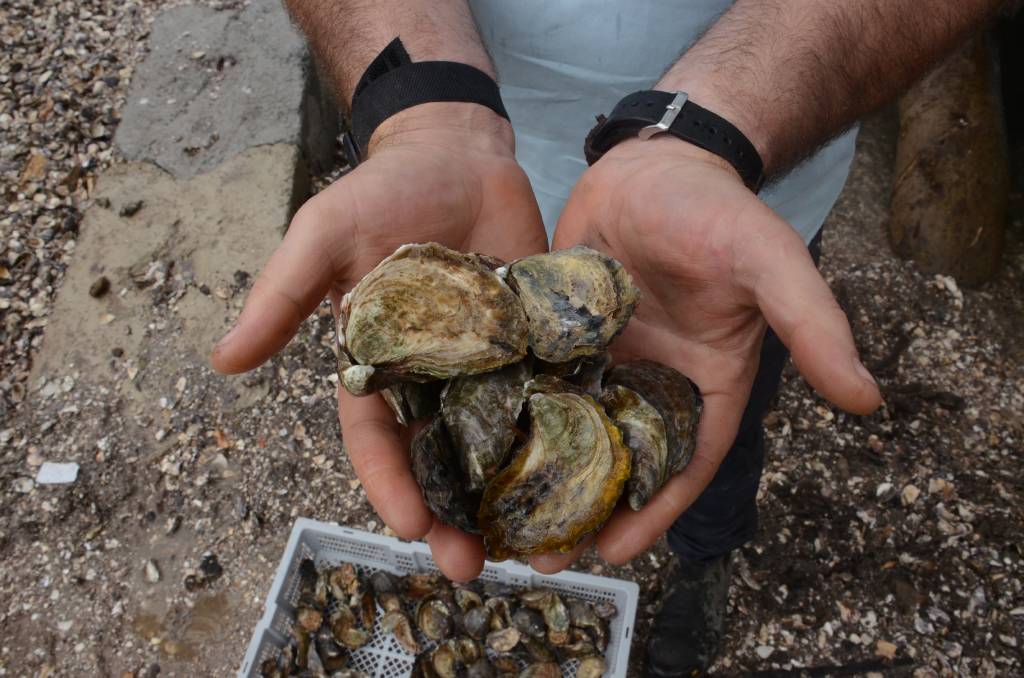 "A fantastic couple owned the farm and were making good money, but the farm was run into the ground as well as the industry," Mr McAsh said.

"There was so much room for improvement, but we had to modernise the place."

However, Mr McAsh said he was "pretty naive".

"I realised we were modernising our farm, but not getting enough money for our farm," he said.

He had established Signature Oysters which was his branding to market oysters from the Clyde and supply direct to restaurants around Australia.

Mr McAsh would travel to meet chefs and needed a solution to manage the farm in his absence.

READ MORE: Another blow to economy as River of Art Festival cancelled

After a decade of being a farmer, he had the modern equipment and the marketing company established, however, the next thing he wanted to conquer, was to create a balanced lifestyle and manage the farm more efficiently.

"I thought 'how can I grow my business without being there every day'," Mr McAsh said.

He has spent the past four years developing the SmartOysters app. He said all that was left was "the final piece to the puzzle" - funding to support it.

Mr McAsh knew the app worked and wanted to share it with the world.

Over the past 18-months he was able to recruit his two brothers-in-law from Bawley Point to help with the family farm and manage two others in the Clyde River.

"One of my brothers-in-law was formerly a pro-surfer and teacher wanting a career change," Mr McAsh said.

"The other was a fly-in fly-out geologist who wanted to get out of that cycle and spend more time with his family."

Through the SmartOysters app, he was able to hand over farming operations and grow their farming business efficiently.

READ MORE: Have your say on lifejacket safety plan

"Over the last 18 months, we have doubled production due to my brothers-in-law and other farms investing into the operations," he said.

"More money has been coming in and they're only working four days a week, giving them a lot of time for family. They're loving life."

Mr McAsh's aim for the next two years was to employ more people and double production again.

"I feel really proud that we have been able to build not just a profitable business, but one that can involve so many of our family members here on the South Coast, where we want to live," he said.

Within ten years, Mr McAsh had restructured his own production process and the wider oyster market.

It was the final piece to the puzzle, to get the funding needed to become a standalone business and go global. - Ewan McAsh - SmartOysters CEO

He said "so much has been on the line" but his stress levels improved over the past six weeks as funding rolled in to support the SmartOysters app.

"It was the final piece to the puzzle, to get the funding needed to become a standalone business and go global," he said.

The Australian Government grant of $398,350 was announced last week and will help take SmartOysters to the world.

The SmartOyster platform was also capable of supporting a wide range of aquaculture sectors, not just oyster farming.

A little insight to oyster farming as it was ...

The following year, reports showed numbers dropped by 100,000 dozen as bushfires and the pandemic intermittently cut-off the supply chain.

The farm gate price of the Clyde is about $5 million each year. But Mr McAsh said "it could be twice that".

Farmers spend a lot of time on the water positioning oysters and bringing them back to the shed to process.

It requires a lot of physical labour.

"We have up to six different crops and 16 different sizes of oysters." 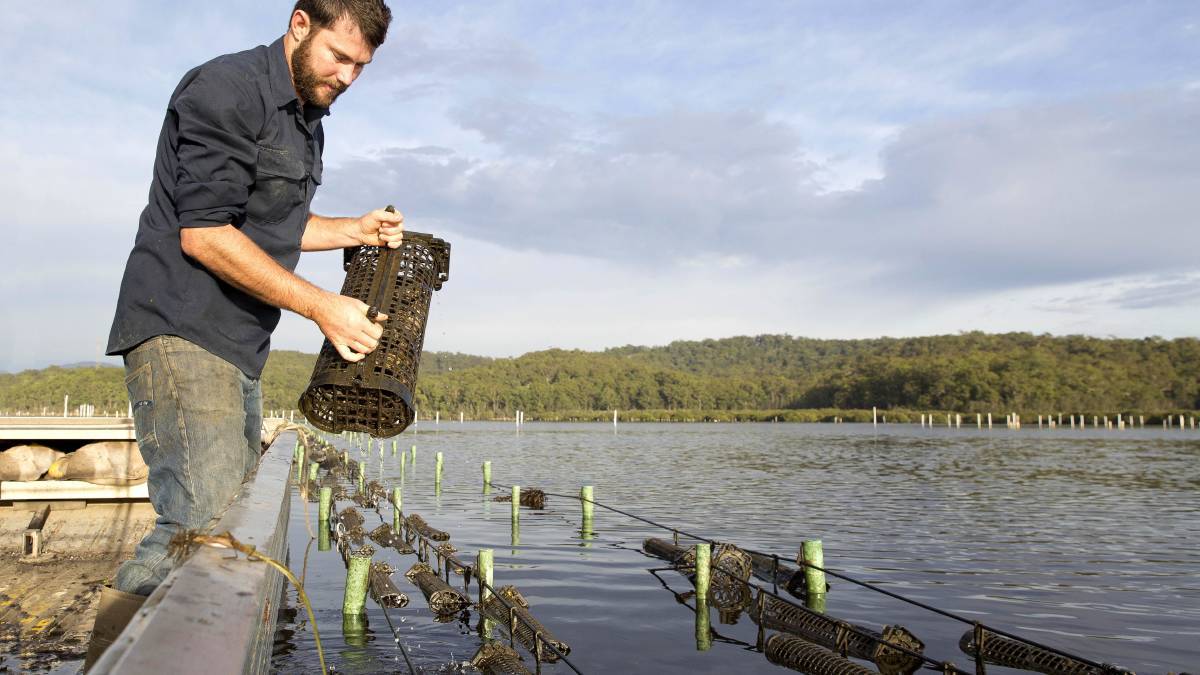 Since developing an oyster management app, Ewan McAsh was able to spend less time on the water and more time with family.

For the most popular and native Sydney rock oysters, they're managed over a growth period of two to three years.

Every four months, oysters are brought in to the sheds for grading; which involves splitting them into size groups for a more uniform growth before placing them back on the water.

Managing an oyster farm is not just brawn but a whole lot of brain as well. To know when and where to tend to the oysters.

Traditionally, farmers would operate by whiteboard and memory.

Adding to organisational stresses could be pollution or weather events combined with production pressures and deadlines.

Mr McAsh said it was a stressful journey to reach where he was today.

"It's an amazing lifestyle, but the only way to stay in control was to remember things," he said.

"I kept surrounding myself with people that could help solve our problems; lots of people have been working on how to make the oyster industry profitable and to continue growing." Live tanks are a game-changer, Mr McAsh says. He plans to buy more tanks since they've helped with farming operations.

Mr McAsh says the demand for oysters is huge and the industry was still at record lows.

"Production has been declining for decades," he said.

Many leases were abandoned or under-utilised, Mr McAsh said.

"The industry hasn't had the technology or innovation for it to become an attractive job or to attract investors," he said.

But, technology was improving and farmers like Mr McAsh were paving the way.

Not just impressing farmers, but outback fashion labels too ...

Mr McAsh was part of the line-up of men and women who inspired Antola Trading's latest collection of shirts.

"I was really pleased and honoured that Antola Trading were interested in my story and naming a shirt after me," Mr McAsh said.

"The shirts are great. I'm more in the office these days so it's good to have a nicer looking shirt, not just your plain old cotton shirt."

To celebrate the inspiring people in their new campaign, Antola Trading has partnered with Humans of Agriculture (HoA) to share each shirt story in a series of podcast episodes. 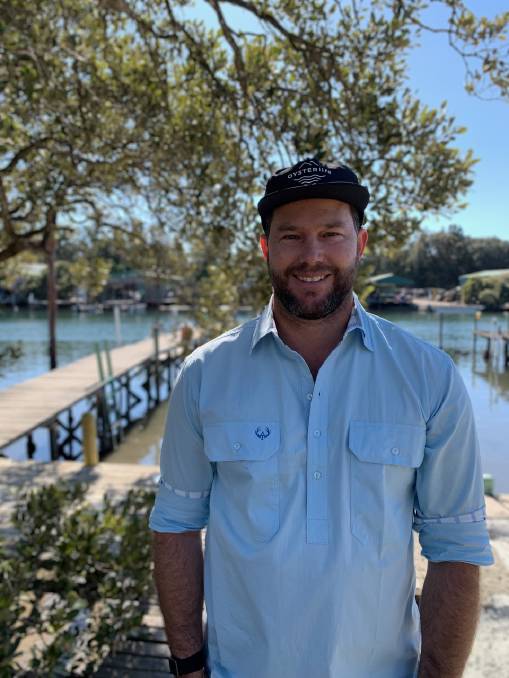 Ewan McAsh wears his Antola Trading shirt. Instead of naming it after himself, he wanted to name it the 'Yuin' shirt after the traditional land in which his farming takes place on.