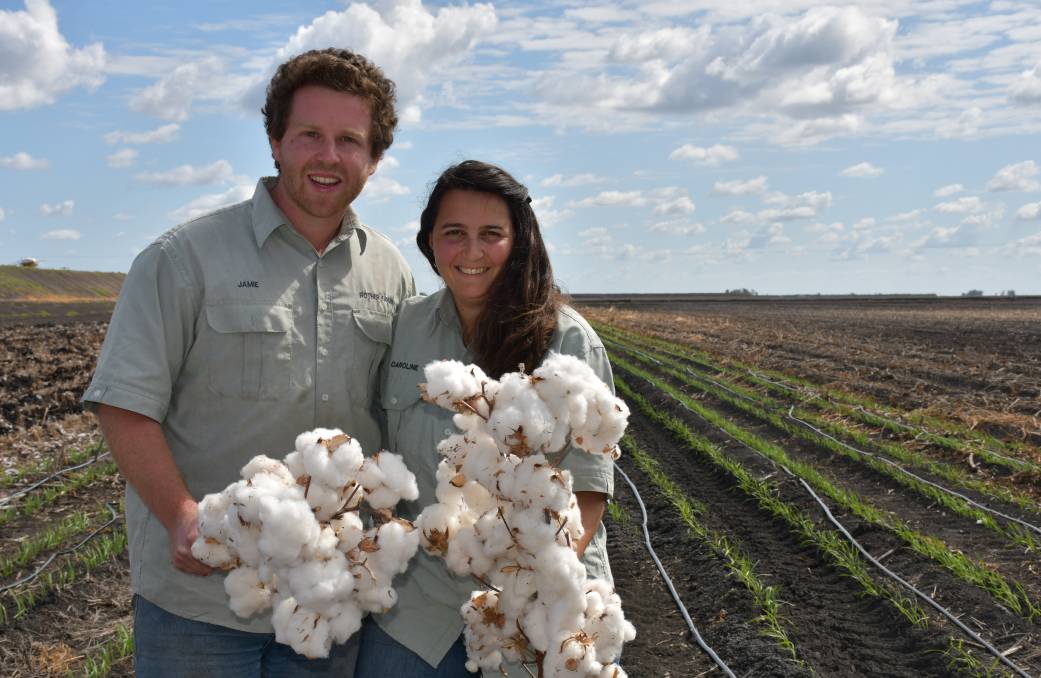 WHAT'S NEXT: Jamie Rother and Caroline Azria are doing some R&D with different crops to enter the flower market.

Despite Jamie's family having decades of experience growing the crop for commercial cotton, he said the move towards floristry has been like stepping into the unknown.

Throwing the word yield out of the vernacular of a Toowoomba cotton farmer might be considered mission impossible, but it's what Jamie Rother and Caroline Azria have had to do while perfecting their cotton floriculture venture, The Cotton Bunch.

After a successful start in the industry, the pair traded in full time jobs in international business and I.T in Sydney to hunt cotton bouquets on Jamie's family farm as the pandemic began to unfold last year.

The step into floriculture has been inspired by their years spent in Caroline's home country, France, the world's second largest flower producing nation, only behind the Netherlands.

Despite Jamie's family having decades of experience growing the crop for commercial cotton, he said the move towards floristry has been like stepping into the unknown.

"We're looking for aesthetic rather than yield, it's a completely different relationship with the crop," he said.

"We're working with a few acres of land, and it's all about handpicking the perfect stems, that takes a lot more time."

"Instead of aiming for more crop per drop with more white fluff, we want the stem to have an aesthetic beauty." 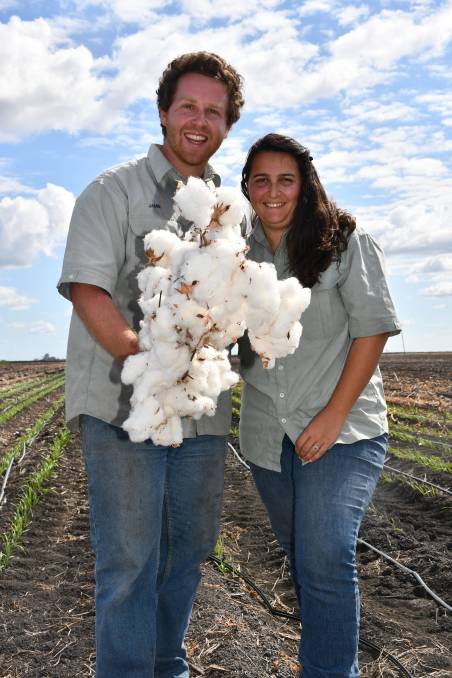 Caroline said cotton has always been a trend for florists in Europe and that the flower has had a surge in popularity in Australia, partially because of the pandemic.

"People want native plants and they want to buy local and support local farmers," she said.

In the last three or four years cotton has become a growing option for floral arrangements, both in stores and even as a centrepiece at weddings.

Cotton Australia chair, Nigel Burnett, said anything that helped establish a connection between consumers and the industry was a positive step.

"It's encouraging to see people appreciating the natural beauty of naturally grown white cotton," he said.

"It's a positive step in connecting people in the city with a piece of our industry and hopefully it's a connection back to the farming family that produced it too.

"Hopefully demand remains or improves because it would be really great if it became a staple within florists in inner city areas."

Caroline said that some of her skills as a Parisian I.T. project manager have translated across into the operation.

"Having an outside perspective has helped, it's been a real tool with communicating with backpackers, and my User Experience design skills come in handy when putting together bouquets," she said.

The couple said that they're now doing some R&D on producing cotton as a flower.

"We're looking at some of the research happening in Europe, where cotton has more of a reputation as being a flower."

Jamie said that they're trying all different types of seed varieties to see what works best.

"We're experimenting with different seeds and trying to figure out what works best as a flower and what varieties have a point of difference when it comes to looking pretty on a stem."

The Cotton Bunch have not let their name keep them in a box, planting gum, barley, sunflowers, wheat and sorghum as flowers.

"We know that cotton is a trend in the flower industry, so we're working and learning about different varieties of flowers and natives."