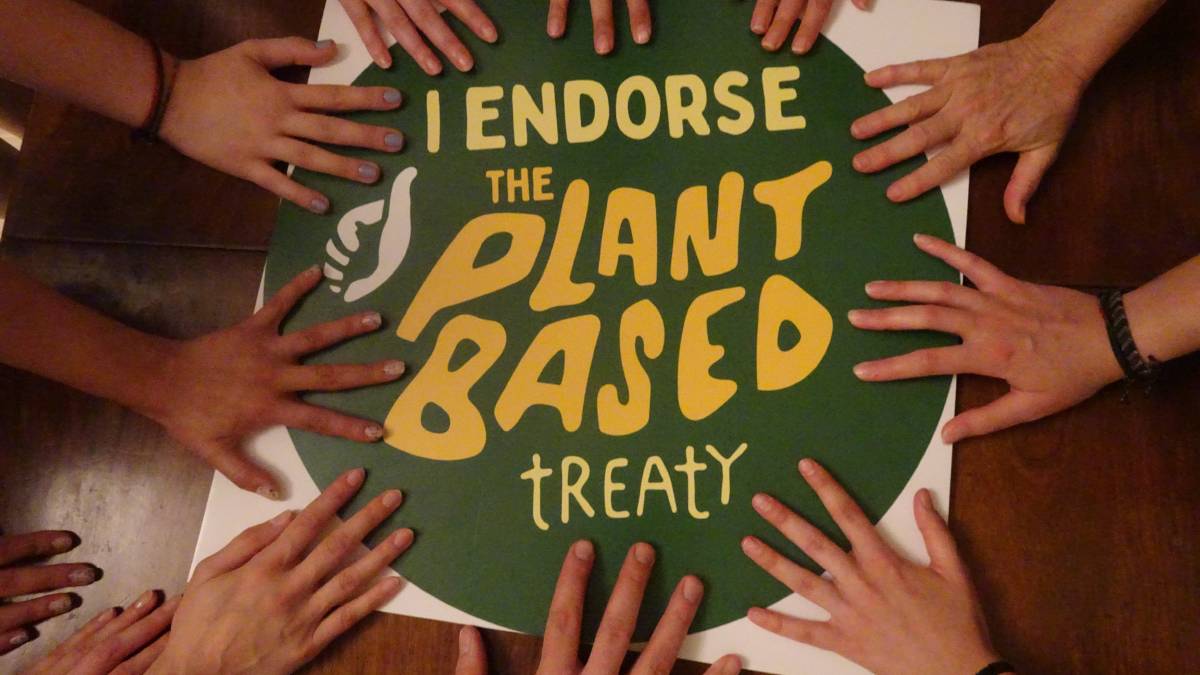 ANTI-LIVESTOCK propagandists have struck in quite a flamboyant way today, co-ordinating 'actions' around the world urging governments to transition their people to plant-based food systems in the name of fixing climate change.

Events are being held at nearly a hundred town halls worldwide, and some virtually where lockdowns are in place such as in Melbourne, pushing for what is being called a Plant Based Treaty.

From Mumbai to Toronto and Mexico to Auckland, the call is for leaders to negotiate a global agreement to 'halt the impact of animal agriculture on the planet.'

Red meat industry leaders in Australia say those in the anti-livestock movement who are attempting to use sustainability as a means of pushing their agenda are doing the planet a disservice by failing to grasp the enormous role that the livestock has played and will continue to play in sequestering carbon.

Organisers of the 'day of action' say they are attempting to leverage grassroots support to put the pressure on leaders to endorse their treaty by 2023, ahead of the Global Stocktake of the Paris Agreement.

The treaty's demands include no land use change for animal agriculture, no new processing plants built, live exports banned and no conversion of any land for animal feed production.

At the same time, the activists are pushing for putting resources into reducing the public's consumption of animal-based food through education in schools, transitioning to plant-based meal plans in schools, hospitals, nursing homes, prisons and government institutions, the introduction of a meat tax and government subsidising of plant-based diets.

Ironically - given the battle going on in Australia for truth in labelling on plant-based meat alternatives - the promoters of this campaign are also demanding that 'honest labelling of food products' be mandated, which they say must include cancer warning labels on all processed meats.

Several high-profile celebrities have given their support to the treaty, including international recording artist Moby, who issued a statement saying: "As the production of meat and dairy is a leading cause of the climate emergency, it's clear that we cannot solve the climate crisis without going plant based. Change is imperative, and I endorse the Plant Based Treaty, for the animals, the planet and human health."

Red Meat Advisory Council chair John McKillop described the treaty as nothing more than a trojan horse for an extreme animal activist agenda.

Animal activists were now using a fake guise of sustainability to further their agenda to end all livestock production in Australia, he said.

"These fanatics will use any means possible to end the livelihoods of the 434,000 Australians who work within the red meat and livestock supply chain," Mr McKillop said.

"Whether it is illegally trespassing on family farms, abusing consumers in restaurants or spreading misinformation against our nation's graziers, these extremists have demonstrated they will stop at nothing."

RMAC believes the proposals to 're-educate children' are very dangerous - it says eliminating meat consumption in schools and hospitals, and introducing taxes on all meat, would be disastrous for public health outcomes and the environment.

"The Australian red meat and livestock industry has done more to reduce greenhouse gas emissions than any other sector in the nation, with little to no compensation from the government," Mr McKillop said.

"If this treaty was truly about the environment, it would be calling to support Australian graziers, not demonising them."