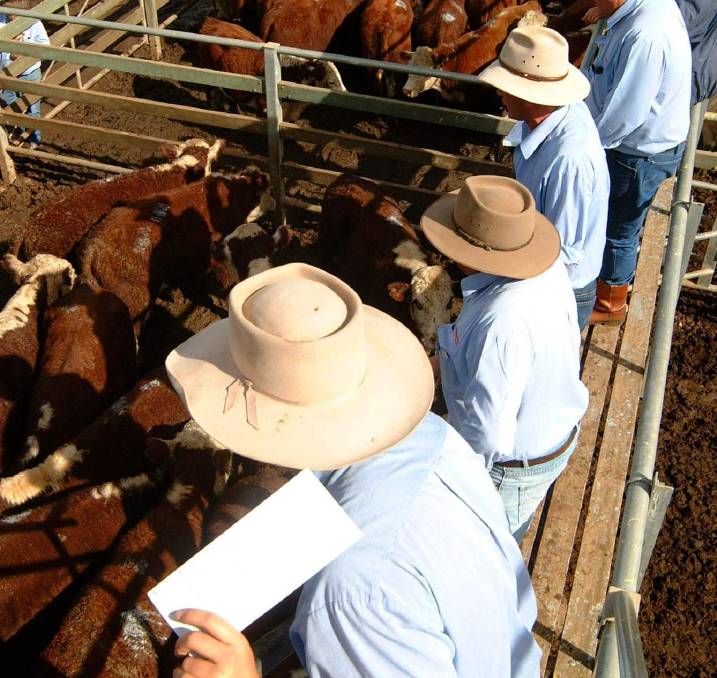 AS young cattle prices continue to occupy record territory, there are some indications the market might be on the verge of turning but equally there is plenty at play to support even more upward movement.

Predicting cattle price movement at the moment is about as easy as decorating an ice-cream cake in Townsville.

The Eastern Young Cattle Indicator finished Monday sitting at 1028 cents a kilogram carcase weight, only 4c off the new record it set only a week ago, and an incredible 241c above the year-ago level.

Analysts said it had certainly defied all expectations in the past fortnight, although that could be said of the past few months as well.

"Everyone is looking at the cattle market now thinking it has to come down but we have been saying that for some time," Rabobank analyst Angus Gidley-Baird said.

"Weekly slaughter numbers have edged up to 100,000 head at the end of August, having been in the low 90s for a while. They have only been at this level a few times this year.

"If they stay around that number more consistently, it might be evidence of last year's improved season flowing through to increased numbers, particularly in combination with the high number of cattle on feed.

"Increased numbers will have to take some shine off the prices.

"But at the same time, there are perhaps people who haven't been so aggressive in the market who are finally deciding, with spring around the corner, they can't afford to miss out. That added demand might keep prices where they are."

National Australia Bank's August Rural Commodities Wrap said the EYCI hovering around the $10/kg range over the past month was extraordinary.

However, NAB analysts believe it is unsustainable in 2022.

"While restocker interest is keeping the market hot, we do not expect prices to be resilient to the arrival of drier weather conditions. Whether this occurs this summer remains to be seen," they said.

NSW agent Shad Bailey, Colin Say and Co at Glen Innes, said the number of cattle coming off crops indicated the supply would simply not be there to turn down the heat on prices any time soon.

"With the extravagant prices people have had to pay to restock, they are going to attempt to put as much weight on as possible to maximise returns, further keeping cattle out of the market," he said.

"While this pattern of low supply against high demand continues, we can't see any downturn in the market at all."

Mr Bailey said spring supply in his region was half of what would be considered normal last year, and this year might only be back to about 70pc - 'if we're lucky'.

Young cattle yardings have dropped in the past fortnight and Mecardo's Adrian Ladaniwskyj reports history suggests that it would be unlikely a lift in volume would come over the next month or two.

Pricing could be expected to remain well supported for some weeks ahead, he felt.

In southern NSW and Victoria, agents said females simply were not being retained to the levels required to get the flow of young cattle back to pre-drought levels in the next year or two.

The herd rebuild was going to take a lot longer than forecast, they felt.

The heights of the cow and heifer market meant it made little sense right now to carry females through for another 12 months.