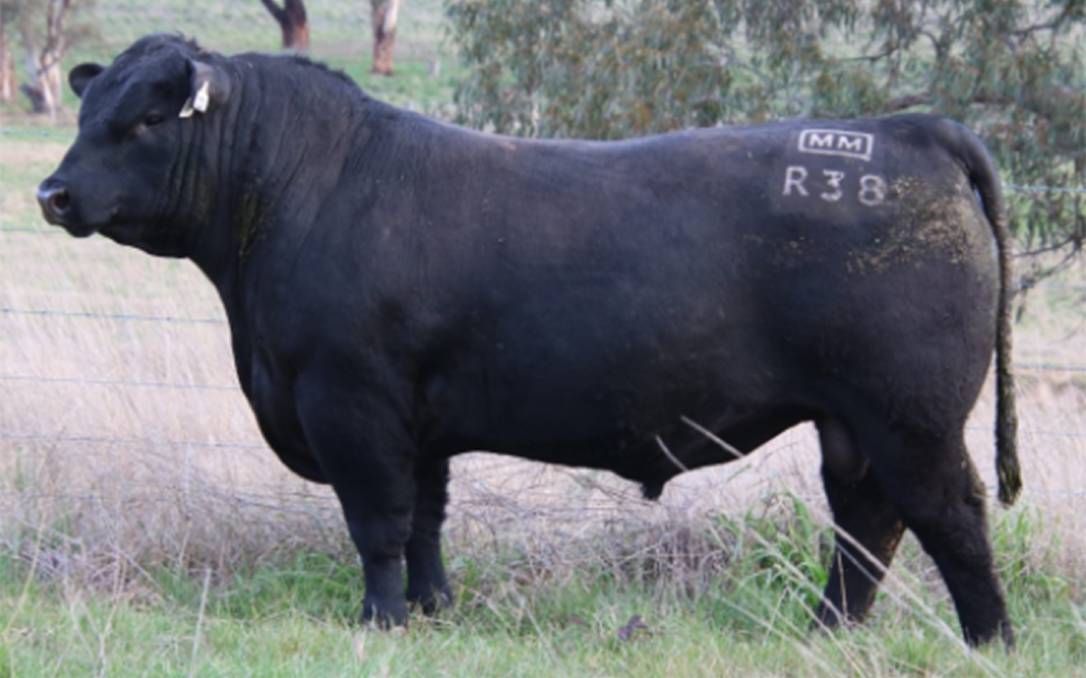 The Angus world expected fireworks at the annual Millah Murrah sale on Thursday but nobody was quite prepared for a $280,000 Australian record for a two year old, a $110,000 record for a genuine yearling and a record average of $34,220 for 118 bulls all sold to gross $4 million.

The new Australian record for an Angus sire broke with absolutely no barriers as bids climbed beyond $200,000 in the blink of an eye.

The much anticipated son of Paratrooper, from an Abigail line, is in the top five per cent of the breed for domestic, heavy grain and heavy grass Indexes as well as 200-day, 400-day and 600-day growth and carcase weight. He's in the top 10pc of the breed for mature cow weight, scrotal size and calving ease daughters.

These impressive numbers attracted the interest of stud Angus breeder Rodger Pryce, Brooklana via Dorrigo, who previously set jaws a wagging four years ago when he successfully bid for Millah Murrah Prue M4 by Coonamble Hector H249 for $190,000 - a record that still stands. This time his Ray White agent Tim Bayliss masked up and travelled to Goonamurrah, via Bathurst, to make the bid.

Back at Brooklana, Prue now has a son of Paratrooper described by Mr Pryce as better than his record breaking step-brother!

A lack of Paratrooper semen on the market means that this younger son, promoted by auctioneer Paul Dooley as "better than his father" will step into a ready market and as a result the young sire will go straight into artificial insemination production.

In recent months Mr Pryce has backed away from stud production, selling a third of his cows and keeping the best. Now, with his latest genetic purchase, he intends to capitalise on previous investments in the Angus game.

"I plan on concentrating on the top end of genetics," he said.

Records continued to tumble as the sale rolled on with a new benchmark for genuine yearling bulls set at $110,000 for Millah Murrah Paratrooper R275.

The 14-month-old son of Millah Murrah Paratrooper P15 and out of Millah Murrah Abigail M293 was rated in the top 10 per cent of the breed's Domestic and Heavy Grass Index as well as 200-day and 400-day growth and docility.

Auctioneer Paul Dooley said after knocking down the bull to the Paterson family, Heart Angus, Tamworth, the $110,000 price would be a new record for yearling bulls by about double.

Other amazing prices included Millah Murrah Paratrooper R48, 20 months, from an Abigail that sold for $240,000 and would have been a new record any other day!

The sire was bought by a consortium that included ABS Australia, JT Angus, Woonallee and others involved in Angus breeding.

Bulls sold from Queensland to Western Australia, with bids having no border barriers in this digital age, as well as to repeat clients in the surrounding central west. Only a small crowd of masked individuals were present to witness the historic sale, pandemic in the district expanding by the day.

At the close stud principal Ross Thompson expressed absolute delight in being able to share such an experience with his full family, given COVID lockdown orders.

"It is so exciting ... The cattle job!" he said, holding back tears. ""I believe God leads you down certain paths."

"We're not overly focused on figures. It's about the skin type and the square top and it all comes out in the meat. That's what the old timers told us 50 years ago and they weren't wrong.

"It's just so annoying that we can't stay and celebrate!"

The sale was settled by Elders with online activity supported by Elite Livestock, which recorded nearly a thousand viewers, with 267 bidders pushing nearly 70pc of the time to spend $586,000 on-line.

More details in next week's edition of The Land!

Up goes the EYCI - Again!