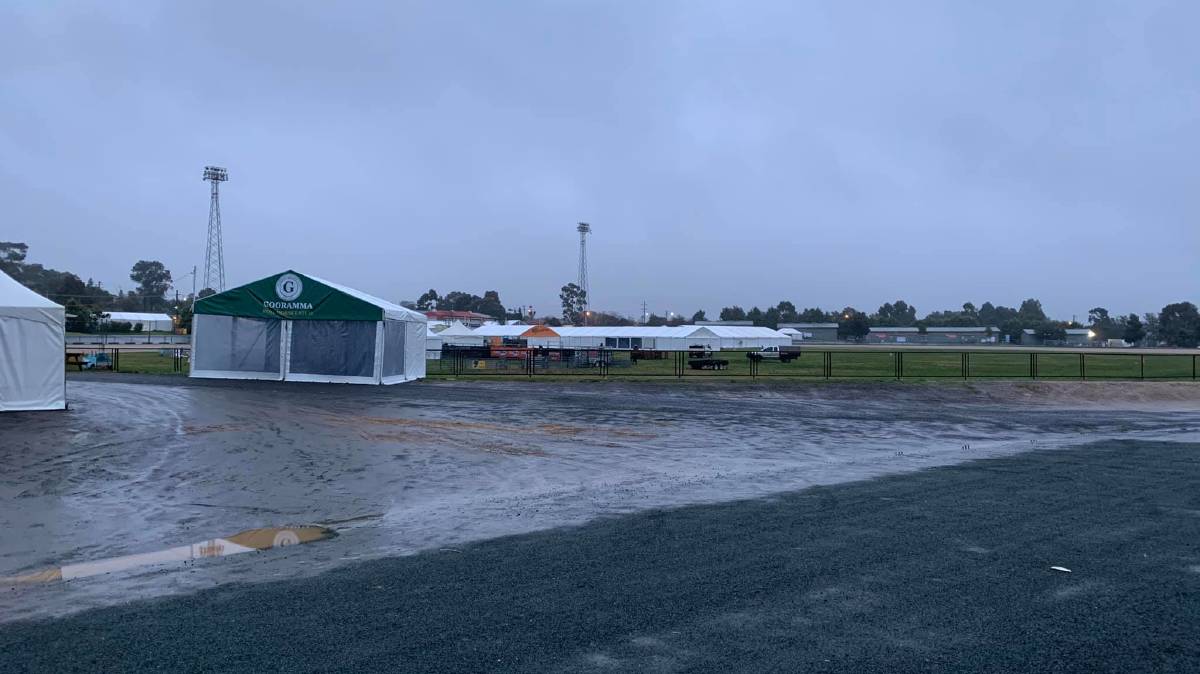 The grounds of Bendigo's Prince of Wales Showground were left empty after the late cancellation of the Australian Sheep and Wool Show. Picture- Craig Davidson.

Organisers of the cancelled Australian Sheep and Wool Show are working with the Victorian government to recoup costs incurred by the event's eleventh hour lockdown cancellations but the funds have not yet begun to flow.

Organisers of the cancelled Australian Sheep and Wool Show are working with the Victorian government to recoup costs incurred by the event's eleventh hour lockdown cancellations but the funds have not yet begun to flow.

The Australian Sheep Breeders Association will pursue compensation through several avenues to claw back the hundreds of thousands of dollars lost when Victoria went into lockdown on the eve of the national event, marking the show's second cancellation in two years.

Among those is the soon to open Impacted Public Events Support Program Round Two, through which the association may be able to recoup $25,000, while suppliers to the event may be eligible for grants of up to $10,000 through the same program.

Organisers are also hoping to alleviate some of the financial pain of the cancellation through the Business Costs Assistance Program Extension being run by the Department of Jobs, Precincts and Regions.

A Victorian government spokesperson said the government is working to assist the show to recoup some of their losses.

"We are working to support event organisers affected by lockdowns, including the Australian Sheep Breeders Association," he said.

"Several programs are either in place or pending and we will continue to back this vital sector."

Australian Sheep and Wool Show CEO Margot Falconer said they were thrilled that the state government was potentially going to look after the event.

"We're asking for around the half a million dollar mark [through the Business Costs Assistance Program Extension], I don't think we will get that but we would like a substantial sum because our situation was unique in that if we had been closed down the week before, there are so many savings we would have made," she said.

"But because it was the night before, everything was spent and we got the benefit of no income, whereas the week before we wouldn't have had the marquees up... that's $114,000 for a start so it's really all about timing."

Ms Falconer said the show had processed refunds and in that process received generous support from stakeholders.

"We've had two thirds of our site holders ask us to roll the funds over," she said.

"Some of the sponsors did the same and because we had already judged the fleece competition and woolcraft, any funds associated with those were retained.

"This year we did ask all of our sheep breeders to allow us to retain their membership and livestock entry fees because we had totally spent all of the funding in that sector of the show through sheep pens and straw and the online booking system... our breeders have been very understanding.

"Out of all of it we have had the most amazing acts of kindness from people waiving their invoices, halving them or giving them to us and only charging us costs, really quite humbling gestures."

Ms Falconer said everyone was now hoping the Australian Sheep and Wool Show would come back in full force in 2022.