Australia would be willing to sit down and talk with China on trade says trade minister Dan Tehan.

AUSTRALIA'S trade minister Dan Tehan said he was happy to chat with his Chinese counterparts to try and work through the troublesome trade disputes that have plagued relations between the two nations in the past two years.

"We continue to send the message we want constructive engagement with China, but we're also looking at other opportunities in the meantime," Mr Tehan said.

He said there had been a number of success stories over the past year on the trade front which would benefit the grains industry.

"The FTA (free trade agreement) with the UK, that was the quickest we've done the negotiations and that will have some real wins within it," he said.

"We have also been in discussions with India about the potential for an FTA, former Prime Minister Tony Abbott went over there at my request and met with the Indian PM and trade minister and there were good discussions," he said.

"We can all see the opportunities that exist in India, particularly for the grains industry, so we're hopeful of some good progress there." 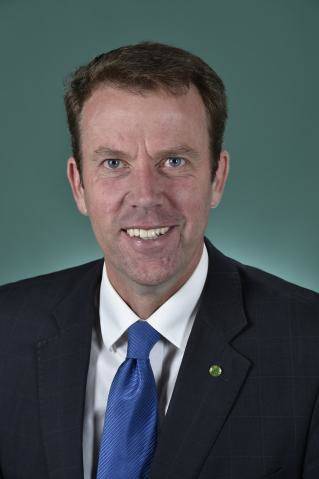 Trade minister Dan Tehan says Australia is willing to talk over its difference on trade with China.

Mr Tehan said the government was also working with the European Union on a potential FTA.

In terms of managing an uncertain trade landscape he said as a smaller player on the global scene Australia saw the World Trade Organisation as critical.

"We need to be an active player at the WTO level, if we don't advocate for rules based arbitration of trade disputes then we run the risk that much bigger players can dictate the rules of the jungle and they can cause us economic harm," he said.

He pointed to the example of the dispute with China over barley, which China alleges Australia dumped on its market, a matter now before the WTO.

"We feel we have been harmed by actions that have unfairly hit our barley growers, which is why we took it to the WTO."

In terms of new developments for the grains industry to watch out for, Mr Tehan nominated the ag visa.

"We've implemented a new ag visa system so you in the grains industry have the labour force you need to get the crop off and the crop to market," he said.